The Fossil Encased in "Case In Point"

"In point" only lives on in this phrase.

Lana Del Rey isn't just captivating to the legions of fans who worship her; she's also beloved by her celebrity peers. Case and point: the singer was recently interviewed by a handful of other icons for the debut U.S. issue of L'Officiel including Kim Kardashian, Stevie Nicks, Courtney Love, Grimes, … and more.
— W, 7 Feb. 2018

Waste Management CEO Jim Fish on CNBC Friday disputed the narrative that major companies are using most of the new corporate tax cut to buy back stock. Fish cited the trash and recycling giant's plans as case and point, saying the company he leads is giving special bonuses of $2,000 to about 34,000 employees.
— CNBC.com, 16 Feb. 2018

Given that case can refer to something that serves as an example and point commonly refers to an idea that you try to make other people accept or understand, one could argue that "case and point" is an acceptable phrase that suggests you have provided an example to prove an assertion. However, the correct phrase, attested by centuries of use, is "case in point." 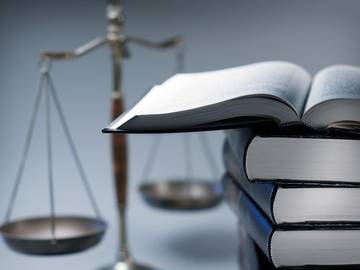 "Case and point" is an eggcorn and may raise your reader's eyebrow.

The idiom "case in point" dates to the 1600s and refers to an instance or example that supports, or is relevant or pertinent to, what is being discussed. Perhaps unsurprisingly, the phrase began as a legal term to refer to a judicial precedent to be followed by a judge when deciding a later similar case.

The case therefore before us seems to be what they call a "case in point"; the relation between the child and father, being what comes nearest to that between a creature and its creator.
— The Spectator, 27 Sept. 1711

The "in point" element of the phrase was in use prior to describe people or things ready for action or in proper condition.

My son in point is for to lete / The holy laws of oure Alkaron.
— Geoffrey Chaucer, Man of Law's Tale, circa 1387

"In point" likely originated from Anglo-Norman en point and French en bon point, and it was often used with modifying words specifying a type of condition, state, or situation—for example, a person might be "in good point" or "in a better point." (Such constructions were in keeping with the roots of point: French en bon point means "in good condition.")

Ballet dancers will know en pointe to be a term used to describe a position in which the body is balanced on the tips of the toes. That French phrase was anglicized as "on point" in the 20th century. Another 20th-century sense of "on point" refers to something relevant to the matter at hand. That sense was originally used in legal contexts but, today, is more often encountered as a general term of approval.

She wasn't just on point, she was magnificently on point, singing with a disarming vulnerability and, ultimately, a power that left my jaw on the freakin' floor.
— Charlie Mason, TVLine.com, 23 Apr. 2018

She was stunning in a black dress, littered with sparkles and her signature black eyeliner was on point as she walked from the platform to the main stage with confidence.
— Kelli Skye Fadroski, The Orange County Register, 6 Aug. 2016

Use of "on point" in law developed from the earlier use of "in point" to describe things being appropriate or pertinent to a situation (as in "the Bible quotation was in point to the topic being discussed"). "In point" is occasionally summoned as a synonym of "on point" in its legal sense, but it is chiefly found in the phrase "case in point." Hence, we can consider "in point" to be a fossil preserved mainly in this one set phrase. With that in mind, remember to use "in point" when writing or speaking of a "case in point" to help ensure that it stays encased in its English language amber a while longer.