It's redundant but harmless.

It's easy to nitpick the use of the phrase "the exact same" as being redundant. After all, if two things are said to be the same, they resemble each other in every respect and, thus, they are exact. However, redundancy is only part of the issue with "exact same." (Please, hear us out.) 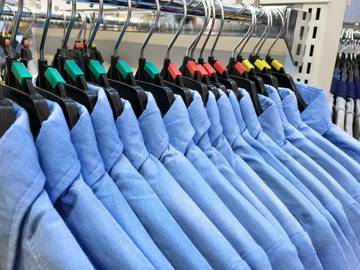 It's so hard to know what to wear.

For one thing, exact appears to be modifying the adjective same, in which case exact would then be an adverb (much like very in "I have the very same sweater"). Considering that the expression "exact same" is a truncation of "exactly the same," in which exactly functions as an adverb, that's reasonable. But here's the catch: unlike exactly, exact is not an adverb. Thus, the use of exact is purely idiomatic—that is, it doesn't fit into normal rules of syntax.

It is also possible to interpret both exact and same as adjectives modifying a noun. The two words of the phrase are often transposed—for instance, you may encounter "the same exact thing." Such interchangeability strongly suggests that both words are functioning as adjectives. In addition, other adjectives also sometimes occur with same in similar constructions, such as "the same identical."

My mum passed away in March 2016. As I continued to grieve, I found myself catching little memories of her everywhere. It was one of these times I discovered a cute Christmas ornament of a duck that brought me to tears. That was my mum's nickname: "The Duck." I had an idea. I would give the ornament to my niece who was also missing her Gran. We set a lunch date to exchange gifts, and she insisted I open mine first. As I opened the gift, I stopped.... My niece thought I didn't like my gift, but through tears and laughter, I said, "Open yours." There we both sat, with the same identical duck, in each of our hands.
— Denise Pratt, The Toronto Star, 12 Dec. 2017

If they are both adjectives, they certainly can be called redundant, but is redundancy all that bad? Writing handbooks will tell you that, yes, it is; however, at times, it can be useful. Words that mean essentially the same thing are often used together for emphasis, and, in some cases, their occurrence is so commonplace that they are overlooked as redundant and are considered ... well, harmless at the very least. For example, take the following: "future plans," "mix together," "completely surrounded," "close proximity," "past history," "refer back," "final destination/result." Common and generally acceptable constructions, right?

"Exact same" tells the reader or listener that you mean same in its most literal sense and do not mean that the two things are simply very similar but are exact. Ultimately, whether exact in "exact same" is a redundant adjective or an idiomatic adverb is of secondary importance. The primary question is whether the phrase is used by educated speakers and writers, and the answer to that question is yes. "Exact same" is, in fact, extremely common in speech and in informal writing, and its use in suitable contexts cannot be called inappropriate. Here are some examples:

The types of sugar found naturally in fruit are processed by your body in the exact same ways as the white mound you spoon into your morning coffee. The difference is the "sugar delivery system," if you will. For example, the sugars in an apple are encapsulated by the plant-cell walls, says David Ludwig, M.D., Ph.D., director of the New Balance Foundation Obesity Prevention Center at Boston Children's Hospital.
— Consumer Reports, November 2017

In all the businesses we're involved in it's the exact same way. If you love your people and let them know you're giving back, not just hoarding all the money for yourself, they want to join in.
— John Paul DeJoria, Forbes, 28 Sept. 2017

The exact same treatment that is able to thwart breast cancer has a dark side—it can fuel the spread of the disease to the lungs.
— USA Today, 1 Oct. 2017

Of course you're free to complain if it still bothers you, but we'll just have the exact same answer.