On the Rightful Use of 'Entitle'

You have the entitlement to use 'entitle' for names of things.

Some people who encounter entitled used of the name of a book or other work of art, as in "the book (was) entitled such-and-such," do not think that the word is entitled to such use, and that the definition of the verb entitle, meaning "to designate" or "to give a title to," can only refer to the act of giving a person a title, as of deputy or vice president or what-have-you—or that the verb implies giving someone a right or privilege (as in, "volunteers are entitled to ice cream").

In sum, some believe entitle can only be applied to bestowing things that are legally or hierarchically claimed as a right or are earned in some way. But we disagree. 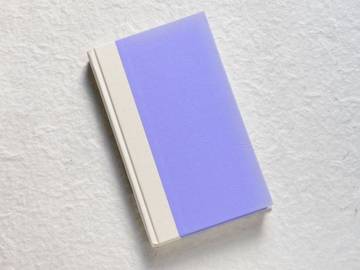 Entitle can designate the name of a book, song, movie, etc., (as in "the dictionary is entitled Merriam-Webster's Advanced Learner's English Dictionary" or "the 2002 movie entitled Spellbound is about the 1999 National Spelling Bee") and it has been used in that sense since at least the 14th century.

This booke of which I make mencion, / Entitled was right thus, as I shall tell, / Tullius, of the dreame of Scipion; Chapiters seven it had….
— Geoffrey Chaucer, Parlement of Foules, circa 1381

In fact, the use of entitle to refer to any designation other than the title of an artistic work is now rare and, more or less, archaic. Here is a rather obscure example from the 19th-century novel In the Roar of the Sea by the Reverend Sabine Baring-Gould:

Are our readers acquainted with that local delicacy entitled, in Cornwall and Devon, Squab Pie? To enlighten the ignorant, it shall be described. First, however, we premise that of squab pies there are two sorts: Devonian squab and Cornish squab.

(Essentially, a squab pie is made of mutton, pork, apples, and onions.)

To put an end to this squabble, the act of entitling one's own intellectual property is actually older than the other senses of the word referring to the act of bestowing a person with a certain designation or right or claim to something. The sense of the verb title referring to the act of giving a title to something also enters English in the 14th century, and both title and entitle are related to Latin, via Anglo-French, titulus. However, as past participial adjectives, entitled and titled diverge, and entitled is semantically stronger.

Since the 20th century, entitled has had the additional meaning of "believing oneself to be inherently deserving of certain privileges or special treatment" (as well as the disparaging meaning of "acting spoiled and self-important.")

The reality is, kids aren't born feeling entitled or spoiled. They learn it from well-intentioned parents who don't realize they’re teaching it by giving in to demands.
— Eva Dwight, USA Today, 22 Nov. 2018

The related nominal entitlement—referring to the condition of having a right to have, do, or get something—goes back to the 18th century, and it, too, extended in meaning in the 20th century. In American English, it not only became a word for the services or benefits granted by the government to qualified individuals (such as Social Security) but came to pejoratively denote a feeling or belief that one deserves to be given certain privileges or special treatment.

But it does appear that—for, well, People Who Are Not Me, "entitlement" is a pejorative. For reasons that aren't entirely clear to me, those who object to the phrase connect it up with a negative sort of behavior, "having a sense of entitlement," meaning expecting success in life that one doesn't deserve, for instance, a stereotypical young man … feeling "entitled" to a good grade in his college class or a pay raise or promotion regardless of effort.
— Elizabeth Bauer, Forbes, 5 Nov. 2018

Obviously, you're entitled to your opinion and have a right to express a dislike for the use of entitle in contexts relating to the naming of creative "things," preferring title instead, but usage evidence shows entitle being used in such contexts for centuries, and it continues to be a standard and growing part of the English language. We tolerate all facets of its current verbal and adjectival uses, as well as its related noun.