Does ‘Uninhibited’ Contain a Double Negative?

You couldn’t be hibited even if you tried.

The verb inhibit means “to refrain from doing something” or “to hold in check,” as in “climate conditions that inhibit plant growth.” In the fields of psychology and sociology, the participial adjective inhibited often describes those who are unable to express their thoughts and feelings freely:

People with type-D personality tend to have a negative outlook on life and suppress their feelings. They're also likely to be reserved and socially inhibited.
— Alice Park, Time, 27 Sept. 2010

David's left arm is squarely wrapped around his son's narrow frame, his smile classic dad-pride: tight-lipped and composed in the way that fathers smile around sons they don't want to embarrass with sincere displays of emotion, even as their less inhibited children smile, the way Nic does, as if happy laughter isn't far behind.
— Joshua Rivera, GQ.com, 15 Oct. 2018 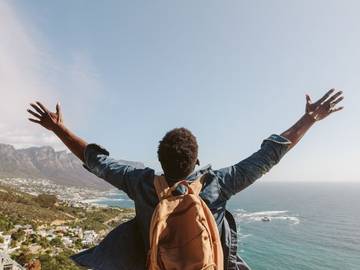 Inhibit was borrowed into English in its whole form from the Latin verb inhibēre. The in- part is a Latin prefix, meaning “in” rather than “not,” that combined with the verb habēre (“to have”).

Habēre led to other words in English, including habit and inhabit, but since in- is not a negating prefix, hibited would not be the opposite of inhibited. That honor would go to uninhibited:

There is something exhilarating about seeing an artist have so much uninhibited fun, truly lost in the soundscapes of her own music.
— Wahid Al Mamun, The Chicago Maroon, 4 Mar. 2019

The Dodgers play baseball like they cut a rug: uninhibited, boldly and with contributions from plenty of unexpected sources.
— Tom Verducci, Sports Illustrated, 19 Oct. 2009

So when it come to using uninhibited, you have no reason to hold back.