Are We Entering 'Uncharted' or 'Unchartered' Waters?

We'll map it out for you.

Uncharted refers to something not recorded on a map. Uncharted waters or uncharted territory can refer literally to places not yet explored, but it can also be used figuratively to refer to unfamiliar situations in general. Sometimes unchartered is used mistakenly when people see charter and think of the contractual agreement to lease something, such as a boat. 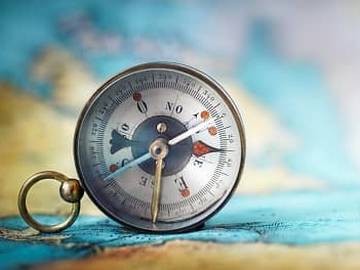 We should've turned left at Albuquerque...

The adjective uncharted describes something that is not recorded or plotted on a map, chart, or plan. Uncharted waters are those parts of the ocean that have never been mapped, or in some cases never explored at all, which can be hazardous for sailors to navigate.

Phrases such as uncharted territory or uncharted waters figuratively describe a situation that is unfamiliar or never encountered before.

We understand it won’t be fast enough of a timeline for some parents who worry about their children falling behind. And we sympathize with teachers who have reservations about returning to classrooms without knowing the full details of safety measures that will be in place. This is uncharted territory for everyone.
— Lancaster Online, 22 Sept. 2020

The NFL is entering uncharted waters this week, as it will complete the first ever virtual NFL Draft. Some head coaches are more tech savvy than others, but a fully virtual draft brings different kinds of obstacles that front offices have never dealt with before.
— Jordan Dajani, _CBSSports.com, 21 Apr. 2020

The phrase is sometimes encountered as unchartered waters. Unchartered is its own (somewhat rare) adjective, a word meaning "not granted or issued a charter." Charter has a number of meanings, most of them pertaining to contracts and documents that define rights (as in the UN charter or a city charter). There is also a sense referring to a contractual agreement to lease something, such as a bus or yacht. So unchartered might describe something that has not been hired out (in this example, in contrast to something that has):

Next morning, in Glentinebay, on the south shore of Scotland, they fell in with a revenue wherry. It was the practice of such craft to board merchant vessels. The Ranger was disguised as a merchantman, presenting a broad drab-colored belt all round her hull; under the coat of a Quaker, concealing the intent of a Turk. It was expected that the chartered rover would come alongside the unchartered one. But the former took to flight, her two lug sails staggering under a heavy wind, which the pursuing guns of the Ranger pelted with a hail-storm of shot. The wherry escaped, spite the severe cannonade.
— Herman Melville, Israel Potter, 1855

So we sometimes see unchartered in front of territory or waters where one would expect to see uncharted. The confusion is somewhat understandable. Charter might make one think of yachts and scheduled voyages in places routinely traveled, so unchartered could suggest to some a voyage into the unknown. But generally speaking, the use of unchartered in place of uncharted is regarded as an error.