Or at least the vocabulary for it. 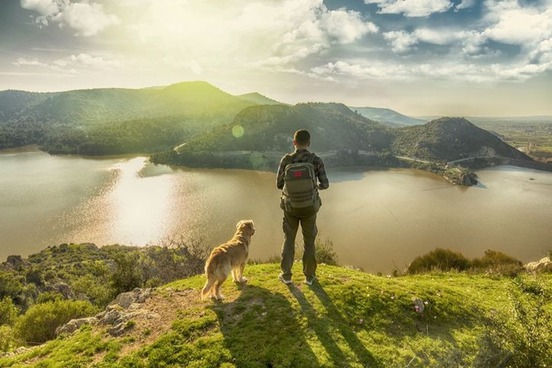 Ellen hesitated, then nodded and shifted her own rucksack of books against her shoulders.
— Lois Lowry, Number the Stars, 1989

Technically speaking, a rucksack is no different from a knapsack or backpack. In fact, the ruck in rucksack comes from the German dialect noun Rucken, meaning “back.” The knap in knapsack, meanwhile, comes from knappen, a word that means “to make a snapping noise” in Low German and Dutch. 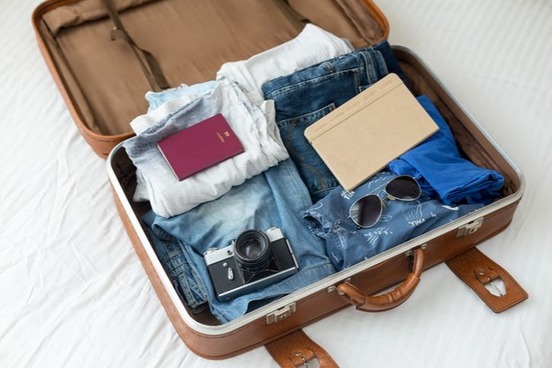 He found Cronshaw dressed, sitting in his hat and great-coat on the bed, with a small, shabby portmanteau, containing his clothes and books, already packed: it was on the floor by his feet, and he looked as if he were sitting in the waiting-room of a station.
— W. Somerset Maugham, Of Human Bondage, 1915

A portmanteau is a traveling bag with two compartments, one whose name derives from a Middle French word formed by combining the verb porter (“to carry”) with the noun manteau (“mantle”). It is usually made of leather.

You may be more likely to hear portmanteau used for a word that is formed by combining the parts of two other words, such as brunch for breakfast and lunch. We can thank the author Lewis Carroll for the extended use, which he created on the idea that a portmanteau has more than one word “packed” into it, much the same way things are packed together into a traveling bag. 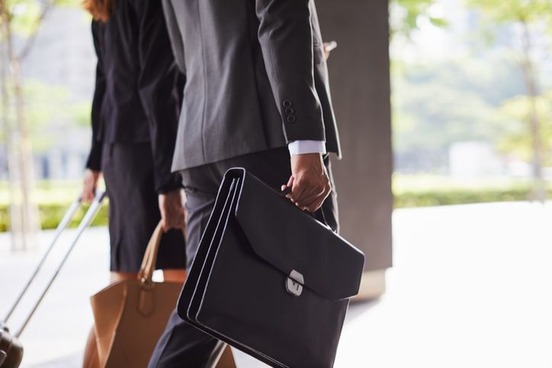 I unlocked the attaché case and found inside a file of papers, a pocket calculator, a German fountain pen and matching propelling pencil, a fat British passport in May's name, traveller's cheques, U.S. dollars, and a folder of air tickets.
— John Le Carré, Our Game, 1995

In foreign relations, an attaché refers to a technical expert on a country's diplomatic staff at a foreign capital, usually assigned to a particular area of responsibility (such as a press attaché). The French-derived word is the past participle of the verb attacher (“to attach”).

It is from this occupation that we get the term attaché case (also simply called an attaché), referring to a thin briefcase for carrying documents, as might be needed by someone working in diplomatic relations. 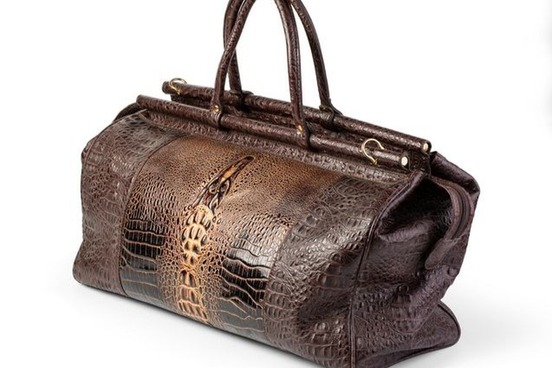 As a consequence of this playful device, there was nobody to meet them at the finger-post, but that was of small consequence, for they had come down by the day coach, and Mr Pecksniff had only a carpetbag, while Mr Jonas had only a portmanteau.
— Charles Dickens, Martin Chuzzlewit, 1844

The carpetbag is not a bag for carpets; rather, it is made from the heavy, tufted material used to make carpets, such as Oriental rugs. They were common for travelers in the 19th century. The political term carpetbagger, referring to a person who moves into a new area and meddles in its politics, comes from the notion of such people keeping their belongings with them in carpetbags. 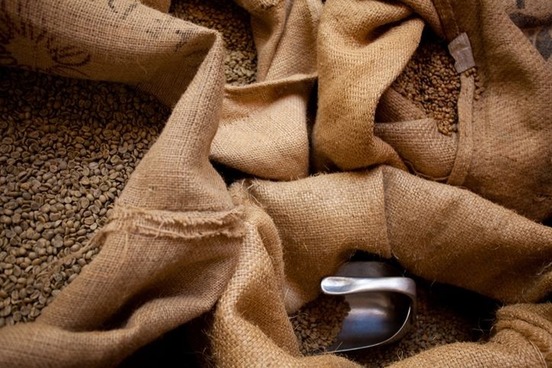 Antonia was washing pans and dishes in a dark corner. The crazy boy lay under the only window, stretched on a gunny-sack stuffed with straw.
— Willa Cather, My Antonia, 1918

The gunny in gunnysack is a word of Indo-Aryan origin referring to a coarse fabric. Gunny is made from the fibers of jute or hemp, both of which grow in India.

In parts of the central and southern U.S., this container is called a towsack. 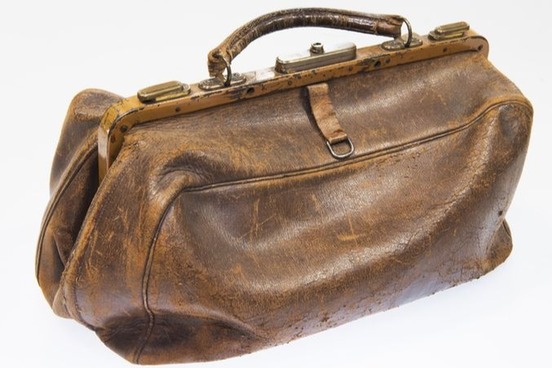 There was a rush and a patter of feet, the door burst open. William was there. He dropped his Gladstone bag and took his mother in his arms.
— D. H. Lawrence, Sons and Lovers, 1913

A Gladstone bag (also called a Gladstone) is a kind of leather portmanteau with a stiff frame often with a hinged opening, allowing the bag to open flat into two equal compartments.

The bag is eponymously named for William Gladstone, who served four terms as prime minister of the United Kingdom in the second half of the 19th century. 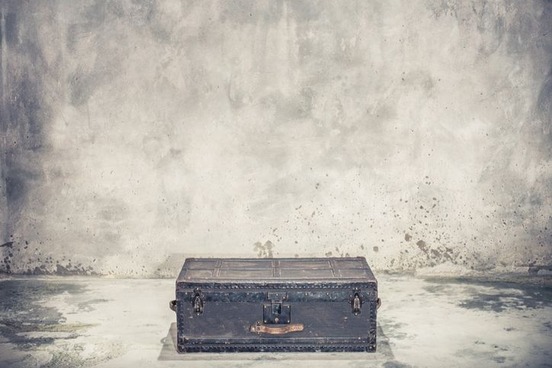 In the steamer trunk in the cellar, along with a cut-velvet evening gown from the twenties and a pair of riding jodhpurs, there were several things made of real silver, ornate salt and pepper shakers, sugar tongs in the shape of chickens’ feet, rose bowls lavish with silver flowers.
— Margaret Atwood, Cat’s Eye, 1988

While many portable items, such as duffel bag and gunnysack, are named for the material from which they are made, steamer trunk is named for the mode of transportation on which it was traditionally carried. The heavy, rigid piece is of a size that was large enough to carry enough items for long trips but compact enough to fit into the stateroom of a steamer or cruise ship. 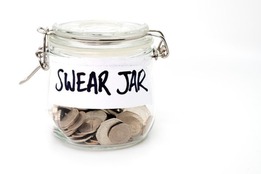 Up Next
Words with Lost Meanings
More Words At Play