Words related to the microblogging social media wonder that is Twitter are bouncing around the lexicon with increasing prominence. Among these terms is one that refers to a technique used to get around that infamous 140-character tweet limit. A tweetstorm is a series of related tweets posted by a Twitter user in quick succession. 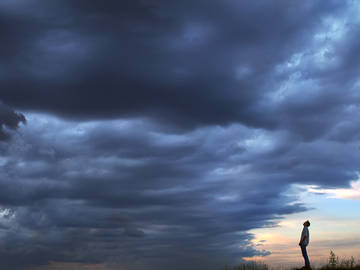 A 'tweetstorm' is a series of related tweets posted by a Twitter user in quick succession. But before 'tweetstorm' referred to a barrage of tweets from one among the hundreds of Twitter users you follow, it had another use.

In a tweetstorm posted late Monday, Twitter VP of Engineering Ed Ho conceded that Twitter didn’t move fast enough to tackle harassment last year, and said a number of product changes are coming “in the days ahead” to address it.
— Alex Kantrowitz, Buzzfeed, 30 Jan. 2017

Sadly, there is still no limit to the number of tweets in a "tweetstorm."
— Jim Kerstetter, The New York Times, 25 May 2016

As that second example suggests, the tweetstorm has not been welcomed with open arms. It's regarded by some as almost an assault on one's Twitter feed: doesn't the tweetstormer really just need to get a blog? That was what Buzzfeed's Charlie Warzel implied in 2014, in an article in which he credits software-engineer-turned-venture-capitalist Marc Andreessen with originating the true who-knows-when-it-will-end tweetstorm. Warzel also credits Andreessen's colleague Chris Dixon with coining the term.

But before tweetstorm referred to a barrage of tweets from one among the hundreds of Twitter users you follow, it had another use.

As early as 2008 (a mere two years after Twitter's inception), tweetstorm referred to a general flurry of Twitter activity about a particular matter, often with a unifying hashtag.

Dave Armano … touched off a minor tweetstorm when he posed a simple question to his Twitter crowd for this article: "Any thoughts about the whole 'chief blogger' thing?" Most of the responses fell into one of two camps: "No way; it's too formalized and a bad idea" or "Yes, it's a dream job I'd love to have."
— Beth Snyder Bulik, Advertising Age, 14 Apr. 2008

This use is now less common than the "series of related tweets" meaning, but it is still current:

Afterward, Parsons shot back at the Blazers via his Twitter account: "good luck in the lottery show this year." McCollum took issue, posting: "We hit the lottery by not signing you." That set off a veritable tweetstorm among Twitter onlookers who watched the drama unfold. McCollum's teammate Evan Turner even weighed in. "These tweets are for the ages. I think both participants should shake hands after this. I'm just speechless. Unbelievable," Turner tweeted.
—Fox News, 28 Jan. 2017

What's not currently clear is whether either meaning—or both—will endure.