No. But they can tell us what people are talking about.

Ever since USA Today ran an article titled "Donald Trump might be improving America's vocabulary," readers have been asking for more information on our research into political word trends. If we measure the words that spike in lookups because of something a candidate said or something that was said about them, what can we learn? 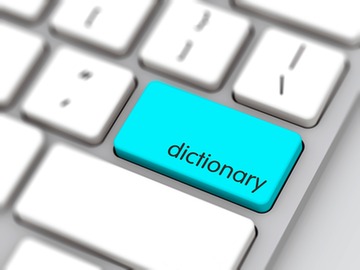 The most common political word trends are those that we’ve heard or seen before which seem to have a specific technical meaning in context.

These words have been looked up in large numbers at Merriam-Webster.com because they were mentioned in debates, speeches, and coverage of this election cycle. We can connect a particular word to a news story by its timing: if it rises quickly to the top of our lookup list immediately after a candidate used the word during a debate, for example, we can report it with confidence.

Overall, the most commonly looked up words are those that we’ve heard or seen before but seem to have a specific technical meaning in context. Words like amnesty, evangelical, unscathed, and outsider took on special significance when they were used in debates and news coverage of the campaign.

Here is the breakdown of political lookups:

Socialism has become a consistent top lookup. In fact, it was our #1 lookup of 2015.

See more background on all the trending political words.