Transmissible and transmittable are both adjective forms of the verb transmit. Transmissible was once used similarly to transferable but now almost exclusively occurs in the context of contagious disease. Meanwhile transmittable is rarely used outside of technological discussions about sound, light, or data. 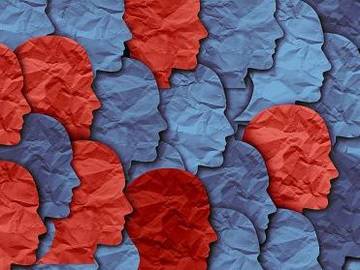 Turning a verb into an adjective is a routine thing in English. So routine, in fact, that some standard verb tenses can do double duty as adjectives without even a change in spelling—only the word’s function in a sentence changes:

she was driving/a driving rain

we painted all day/a painted door

Some verbs become adjectives in more or less fixed ways with other suffixes such as -en (broke, broken) or -ful (play, playful) or -ative (talk, talkative).

Another very common verb-to-adjective alteration is the addition of -able or -ible to a verb: playable, paintable, walkable, deductible, exhaustible, etc. As with -ative, these endings derive from Latin but are applied to verb stems that come from both Latin words and words of Germanic origin from Old English (like talk and play).

In Latin, the -bilis suffix indicated “capable (of acting) or worthy of (being acted upon).” Our adjective able as a free-standing word derives from a Latin word that had this form, habilis (also the root of prohibit). One group of words formed with this suffix had another spelling pattern in common: they were all Latin verbs that changed -tt in the infinitive form to -ss- in the participial form. Let’s take a look at a few of these pairs of infinitives and past participles:

These gave us the verbs admit, permit, and transmit. But a funny thing happened on the way to forming adjectives from these verbs: rather than forming only from the past participles—as this process worked in Latin—English speakers stuck the -able/-ible ending on both the infinitive (-tt-) and the past participle (-ss-) stems. These adjectives entered the language in the 16th and 17th century, and knowledge of Latin was sufficiently widespread among the scholars and writers of the time to give a clear advantage to the more Latinlike (-ss-) forms from the start, but the parallel use of the (-tt-) forms meant that a natural competition for usage was underway. The result is an interesting Darwinian test case for the survival of words in a language.

For instance, we have admittable, a perfectly predictable and good word that happens to have fallen from common use (and from the pages of our dictionaries since 1961). Its definition, “that may be admitted,” is pretty formulaic, but Samuel Johnson’s 1755 dictionary makes an interesting distinction, making it clear that it only applies to the sense of admit meaning “to allow entry.” Here’s a 17th-century example of the kind of use he was referring to:

[E]ver since there was such a great Councel in the nation, and long before there was any house of commons: neither presbyterian nor independent ministers are admittable
— John Gauden, The tears, sighs, complaints, and prayers of the Church of England, 1659

There is some recent evidence of admittable referring to students seeking admission to a college and patients considered ill enough to be admitted to a hospital—showing that Johnson’s distinction is still a valid one—but, for the most part, admittable has been eclipsed by its cousin admissible in contemporary English.

The history of permittable shows a similar path of decline. Though it did have a definition in our 1934 Unabridged edition, it was given simply as “Permissible. Rare.” There is some 16th- and 17th-century use, interchangeable with permissible, but recent evidence shows the development of a narrow sense, meaning “satisfying the requirements for a permit,” such as “permittable architectural plans.”

'Transmissible' in Legal and Medical Usage

Transmissible is an interesting case: it’s the only one of these words that has survived in form but has changed in meaning (or at least context) along the way. Today, transmissible is nearly always used in the context of contagious diseases:

transmissible from parent to child

the disease is not transmissible to other species

But originally, in the 17th century, before we had a more scientific understanding of how diseases are spread, transmissible nearly always referred to the inheritance of property or titles, often in legal documents and wills, where a word like transferable would be used today.

Another limitation is, when it is the meaning of the testator, that the executors or administrators of the legatatie shal haue the legacie, notwithstanding the death of the legatarie in the meane time, for then the vncertaintie of the time dooth not make the disposition conditional, because the testator maie if he will, make that transmissible, which otherwise is vntransmissible.
— Henry Swinburne, A briefe treatise of testaments and last willes very profitable to be vnderstoode of all the subiects of this realme of England, 1591

Insomuch as he, who for his knowledge or antiquity, hath any preheminence ouer the other Ministers, it is an inherent authoritie for time of life, not transmissible from him to his Successors.
— Etienne Pasquier, The Iesuites catechisme, 1602

That’s what makes transmissible stand apart: it has moved from legal usage to medical usage almost entirely (although it is still occasionally seen in probate law, a legacy of its origins). Transmittable is far and away the most common “competing form” of this category of adjective, but its success is only partial: transmissible is used 5 ½ times more frequently than transmittable in the News on the Web Corpus (NOW) and 25 times more frequently in Merriam-Webster’s database of collected citations.

Like admittable and submittable, transmittable is used in a few situations where transmissible is not, notably in technological contexts discussing light, sound, or data where the corresponding noun is transmission whereas in medical contexts the language tends to shift toward words like contagion.

Other etymologically parallel words include omit and omissible and submit and submissible. Of course, omittable and submittable are plausible forms, though both are too rare to appear in our dictionaries. Some current evidence of submittable shows a narrow use corresponding to submit when it means “to present or propose to another for review, consideration, or decision” (as in “to submit an academic paper”). The reason for this comparative lack of competition of forms for omissible and submissible is likely that they came much later to the language, in the 18th and 19th centuries—well into the era of dictionaries and standardization.

It turns out that, once reference books became a common tool for writers, those writers checked when in doubt in order to find which word is permissible.