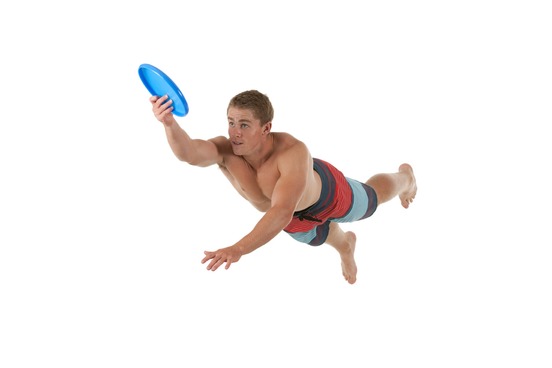 Where did that Frisbee come from?

There was already a plastic flying disk on the market called the Pluto Platter, and the students nicknamed it Frisbie. When Wham-O bought the rights to that plastic disk in 1957, they respelled the nickname and made it official.

Because Frisbee remains a trademark, the more earthbound generic term is flying disk. 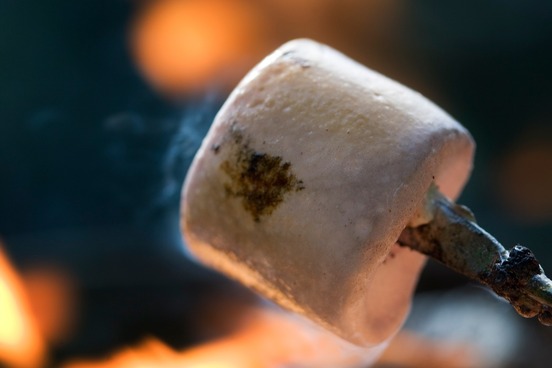 A confection with an exotic past.

The marshmallow gets its name from the mallow plant that grows in marshes.

In ancient times, sap from the root of that plant was used to make medicinal syrup and ointment. Eventually, that same sap became a source of candy.

Today's supermarket marshmallow is untouched by root sap. It's made from corn syrup, gelatin, egg whites, and sugar. 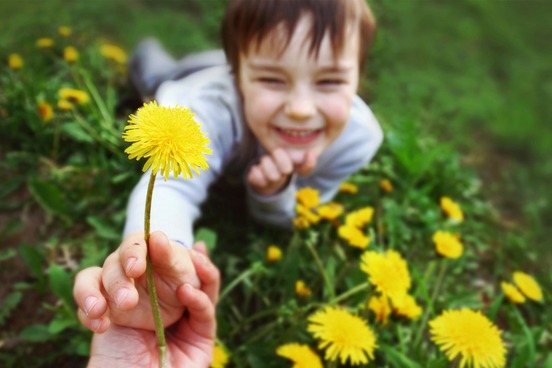 Behold the dandelion, a lowly plant with a kingly name.

Does the yellow flower resemble a handsome mane? Do the sharply indented leaves suggest an accompanying bite?

For the French, they did. 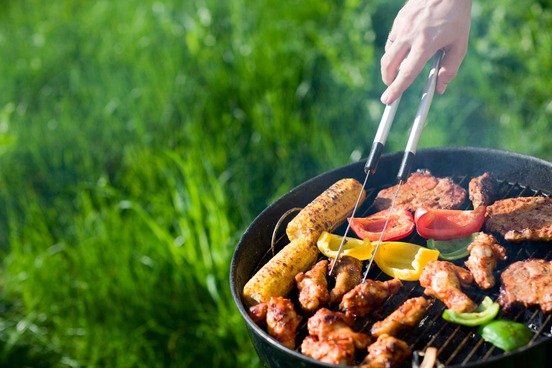 What exactly does barbecue mean?

In some parts of the country, such as Texas and Tennessee, your answer probably involves a method of slow-cooking with indirect heat. If you're a Northerner, you might just point to your backyard grill.

The word has different meanings, but a single origin.

When 17th-century Spanish explorers landed in the West Indies, they saw native people - the Arawakan - drying meat over a frame. The Arawakan called the wooden rack a barbacoa. The explorers borrowed the term.

Barbacoa soon came to name not only the frame but the process of cooking (not drying) meat. Now, of course, barbecue can name the cooking structure, the food, the cooking method, or the social occasion. 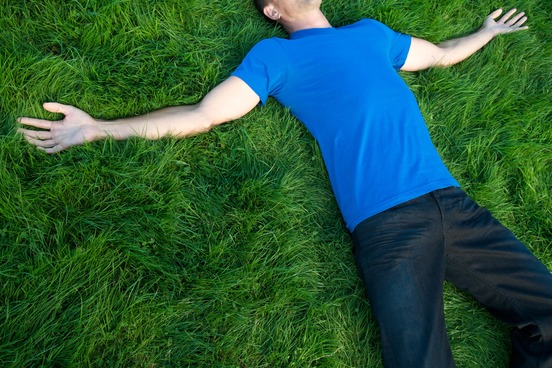 This term means "sultry, summer weather" and also "a period of stagnation or inactivity."

But it has nothing to do with pets.

Sirius (known as the Dog Star) seems to reappear in the skies in early July. Its rising coincides with the warmest time of the year in the northern hemisphere - thus, the dog days. 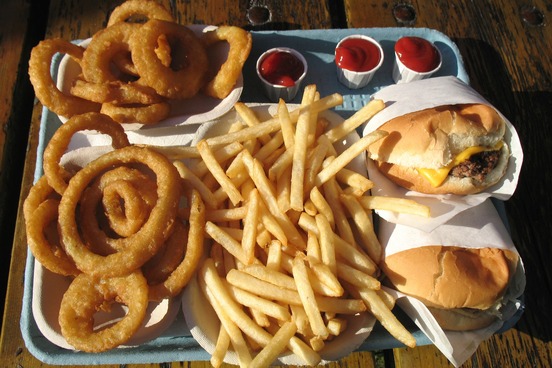 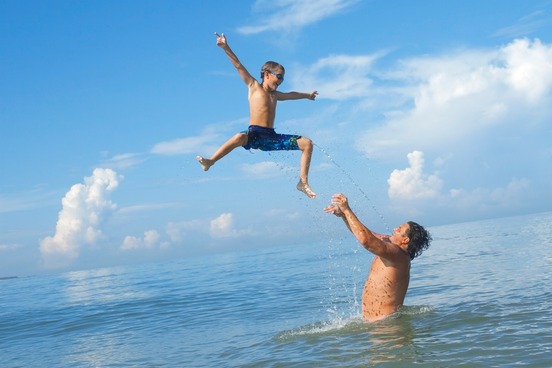 Imagine an object, tossed in the air. When it reaches its peak, before coming down, it appears for an instant to stand still.

Now imagine the sun, rising in the sky over the course of the year, reaching its peak around June 22 (in the Northern hemisphere).

That day is the summer solstice, the longest day of the year. It gets its name from the ancient observation that the sun - like the tossed object - has reached the peak of its arc. 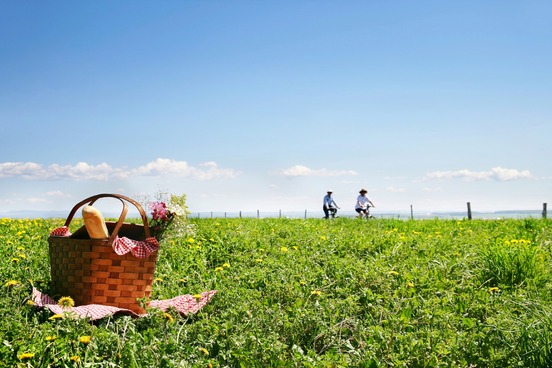 When we dig into picnic, we find the word pick.

Picnic comes from the French pique-nique, which probably came from piquer, meaning "to pick or peck."

The original picnic, in 18th-century England, was more like what we'd call a potluck: all the attendees would bring a dish. 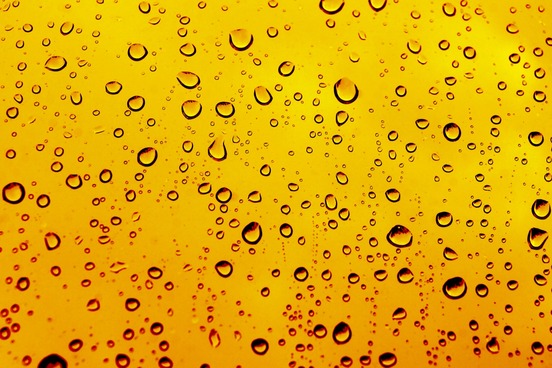 Do you perspire, or do you sweat?

Perspire derives from the Latin spirare, "to blow" - suggesting vapors released by the body. It emerged in the 1600s as a gentler alternative to the much older word sweat.

To some, perspire sounds more refined; to others, it seems a bit precious. As one London magazine reported in 1791,

"It is well known that, for some time past, neither man, woman, nor child, in Great Britain or Ireland, of any rank or fashion, has been subject to that gross kind of exsudation which was formerly known by the name of sweat; and that now every mortal, except carters [and] coal-heavers... merely perspires." (The Gentleman's Magazine, Volume 70) 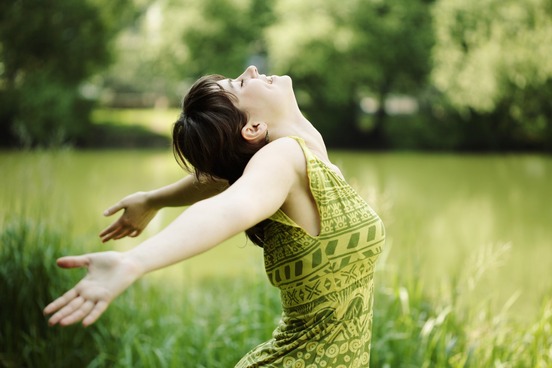 Inside one cherished word, we find another: vacation's roots include the Latin vacatio, which means freedom.

Originally, vacation simply meant "a respite from something."

In the late 1800s, however, American English gave it the sense it enjoys today - "a break from regular work."

Before that, Americans used holiday (from holy day), as the British still do. 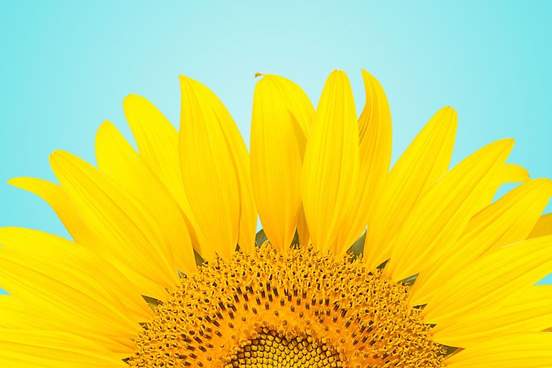 Test your knowledge of words related to the season of longer days and vacations.
TAKE THE QUIZ!