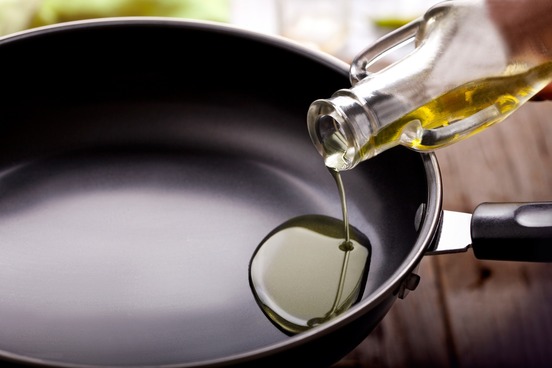 In 1938, a chemist working in a DuPont laboratory found that the refrigerant gases he'd left in a tank had mysteriously been replaced by a very slippery and highly heat-resistant substance—polytetrafluoroethylene resin.

This resin would soon become famous, and considerably easier to say, as Teflon. Its popularity as a stick-resistant cooking surface has given the word another sense too.

The figurative sense originated when Congresswoman Pat Schroeder was cooking eggs for her children and thought of dubbing Ronald Reagan "the Teflon President"—to whom no criticism would stick.

During that same era, mobster boss John Gotti (shown here) was nicknamed the "Teflon Don" for slickly avoiding serious criminal charges. When Gotti was finally convicted on thirteen counts including murder, the head of the New York City FBI office announced, "The Teflon is gone. The don is covered with Velcro, and every charge stuck."

(As it relates to fluorine-based polymer derivatives, Teflon® is a registered trademark of E.I. du Pont Nemours and Company.) 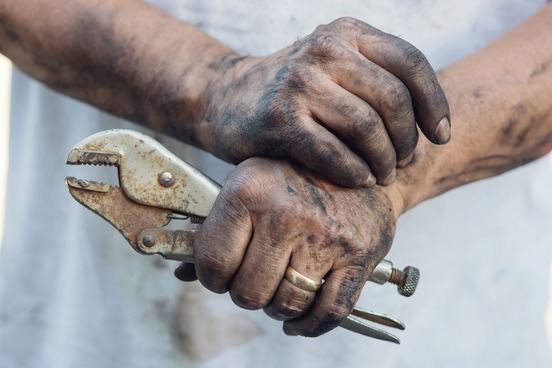 In the 1930s, motorcycle enthusiast Alton Curran patented a cleaning solvent and named it "Gunk."

The cleaning brand Gunk lives on.

Ironically, however, its name—perhaps because it sounds like a combination of "goo" and "junk"—has evolved into a term for the kind of "filthy, sticky, or greasy matter" that the product is designed to remove. 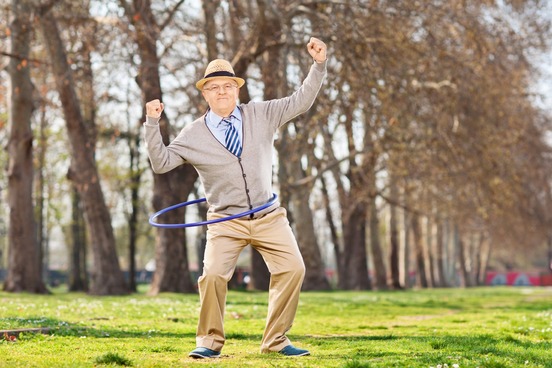 When an Australian businessman invented this toy in the 1950s, he used a modern material—plastic—to update the ancient activity of playing with hoops.

His product took off, in part because of a catchy brand name that evoked the hip-swiveling hula dance associated with Hawaii, the U.S. territory that was about to become a state.

The word remains a trademark of WHAM-O, but is now widely used for any "plastic toy hoop that is twirled around the body." 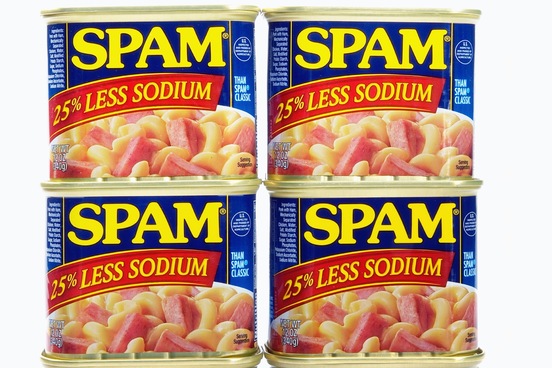 How did an old trademarked name for a canned meat develop the sense of "unsolicited, usually commercial e-mail sent to a large number of addresses"? Popularity, technology, and comedy.

Back in the 1930s, Hormel Foods held a contest to name its new luncheon meat. The winning contestant (the brother of a Hormel Foods vice-president) dubbed the spiced ham Spam.

Spam was a hit. By the end of WWII, 100 million pounds of it had been sent to allied troops.

Then, in 1970, the British comedy troupe Monty Python's Flying Circus performed a sketch in which the dialogue, mostly about Spam, is obscured by the chanting ("Spam, Spam, Spam, Spam") of Vikings.

Inspired by that relentless chant, early e-mail users bestowed the word on the growing clutter in their in-boxes. 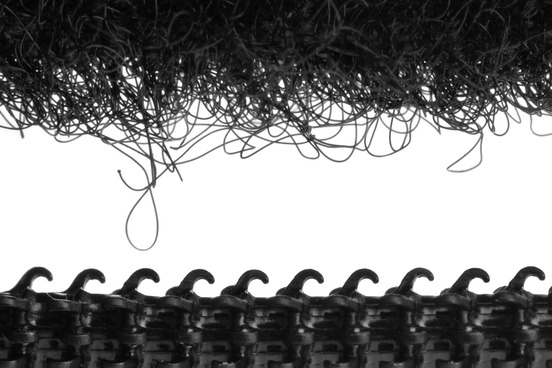 When Swiss engineer Georges de Mestral had burrs stick to his clothes on a hunting trip in the Alps in 1941, he got the idea for the fastener known as Velcro.

Appropriately, the name he gave his product joins two words together: velours (meaning "velvet," in French) and crochet (meaning "hooks").

Astronauts were among the first to use Velcro, but it soon proved helpful in regular gravity as well. The term Velcro is now widely used for "a closure consisting of a piece of fabric of small hooks that sticks to a corresponding fabric of small loops."

Velcro parents, meanwhile, is a new term that's emerged for those who cling to their college-bound kids. We'll see if it sticks. 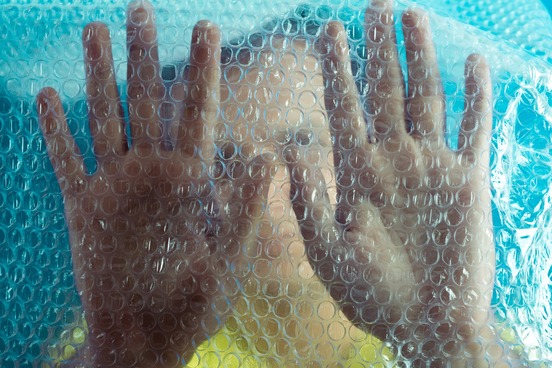 In 1957, inventors Alfred Fielding and Marc Chavannes tried to develop a plastic wallpaper with a paper backing.

Their efforts were a bust, but they did discover a highly effective packing material (and addictive source of popping pleasure).

The company that Fielding and Chavannes founded still produces "Bubble Wrap," a term that's now generally used "for packing material composed of sheets of plastic with bubbles of entrapped gases." 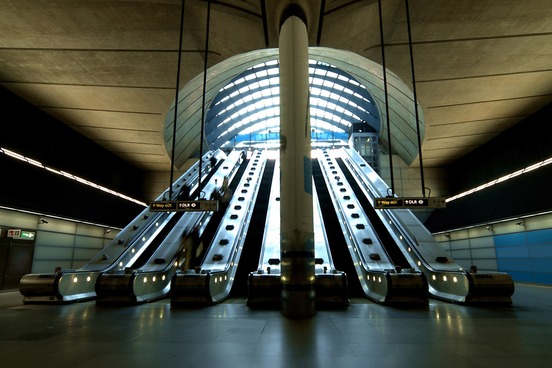 Escalate, as in "tensions escalate," comes from the word escalator, which originated as a trademarked term for the Otis Elevator Company's moving staircase.

The public first encountered the word escalator—but with a capital, Escalator—when the technology was demonstrated at the Paris Exposition in 1900.

Oddly, although mechanical escalators go up and down, the verb escalate—which first appeared in print in 1944—refers only to things rising (both literally and figuratively).

Because Otis did little to protect its rights to the mark, a 1950 court ruling moved escalator into the public domain. 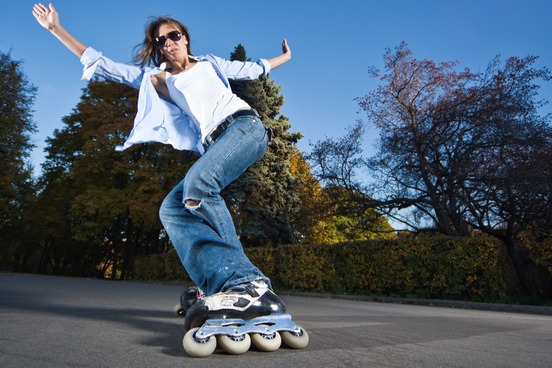 The generic term is "in-line skates," but many people refer to them by the trademark Rollerblades.

In-line skates are actually the oldest kind of roller skates, dating back to the late 1700s.

In the late 1800s a version of roller skates with two parallel sets of wheels (sometimes called "quads") allowed skaters to turn and maneuver easily, and launched a roller skating craze in the U.S. and Western Europe.

In the 1980s hockey-playing brothers Scott and Brennan Olson brought back in-line skating by developing (and trademarking) Rollerblade. 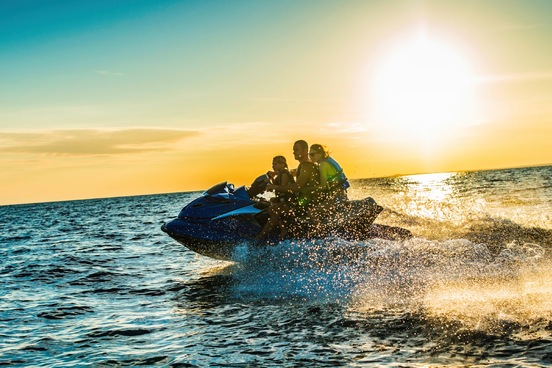 Although it's often used for any "small motorized usually recreational watercraft," Jet Ski has been a trademark of Kawasaki since the Jet Ski 400 first appeared in the 1970s.

Other trademarks for similar watercraft include WaveRunner and Sea-Doo. 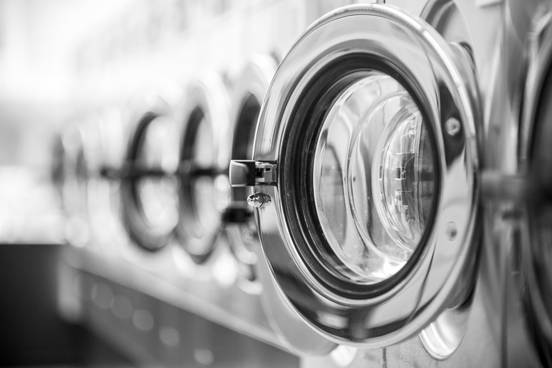 When George Edward Pendray coined the word Laundromat, he was naming what his employer, Westinghouse Electric Corporation, called "the first automatic washing machine that can be wall-mounted."

For years Laundromat could refer—somewhat confusingly—either to a single washing machine or to a self-service laundry containing such machines.

Westinghouse finally allowed the trademark to expire in 1993. These days, laundromat only refers to the place that contains the machines.

(In England that place goes by a different name, as in the movie title "My Beautiful Laundrette.")