Know these and take the checkered flag. 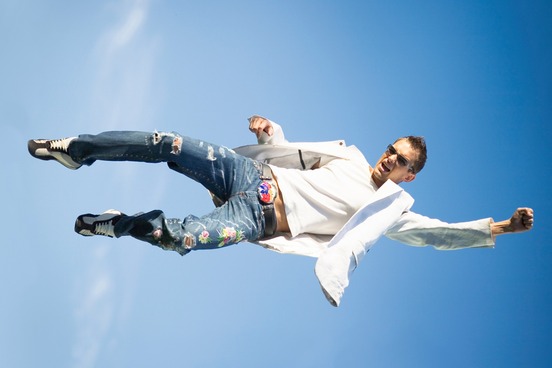 Over the years, our editors have learned which words stand out as people's all-time favorites - generally because of what those words mean and how they sound. We hope you enjoy this selection.

a throwing of a person or a thing out of a window; or a usually swift expulsion or dismissal

"If you were expecting Michael Steele to stay angry at Republicans over his defenestration from the [Republican National Committee], you were wrong. In the weeks after he lost the job, Steele has appeared on MSNBC and Fox News..." - David Weigel, Slate.com, Jan 31, 2011

Defenestration is familiar to students of history, many of whom are charmed to learn that the Defenestration of Prague in 1618 marked the start of one phase of the Thirty Years' War.

In that defenestration, three Roman Catholic representatives of the Hapsburg rulers were thrown from the window of the Council Room at Prague Castle by angry Protestant Bohemians. The Catholics survived their fall, possibly because they landed on manure.

Defenestration comes from Latin (de- means "from; down, away;" and fenestra means "window"). The word first appeared in English in 1620. 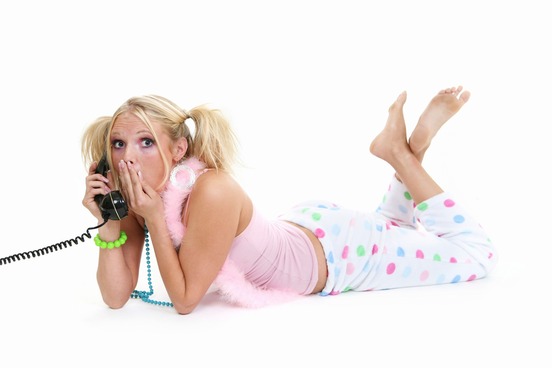 "I was very good at being a girl and I'm not quite so good at being a woman. I was good at being quite flighty and dippy and a flibbertigibbet. But I don't feel so convincing as a responsible human being." - Actress Emily Mortimer interviewed in The Telegraph, September 19, 2005

Flibbertigibbet may have been coined to imitate the sound of idle chatter. The word first appeared in Middle English as flepergebet, and it has enjoyed a number of senses: gossip; chatterer; demon; imp. Shakespeare gave flibbertigibbet its current spelling, but the modern meaning only dates to the end of the 19th century. 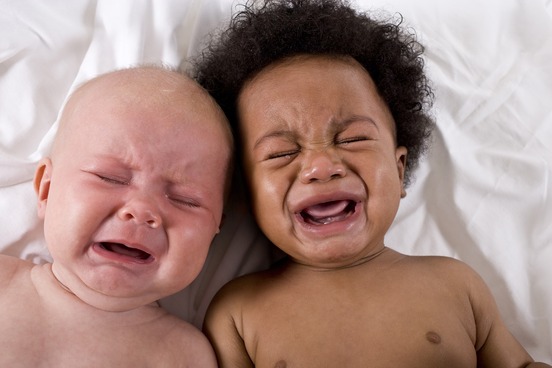 Kerfuffle is the most recent coinage on this list, dating to 1946. It may be an alteration of the Scottish carfuffle, from the Scottish Gaelic cearr ("wrong; awkward") plus fuffle ("to become disheveled"). 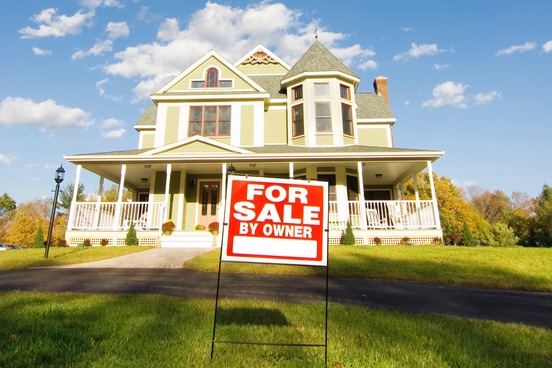 "I have seen the most reluctant and persnickety buyers change before my eyes when they at last encounter the Perfect House. It's downright touching." - Felicia Stidham, TheGeorgetownDish.com, February 13, 2011 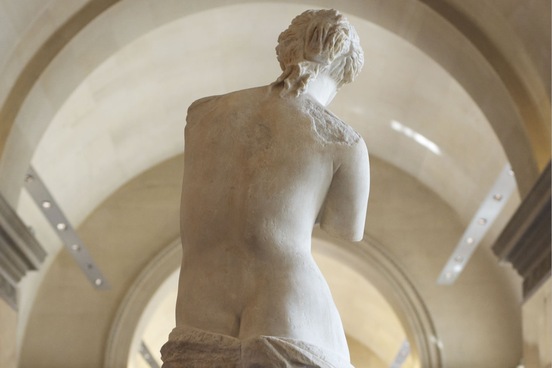 "His most prominent work, however, was on the cover of book jackets, where his signature images were of strikingly fierce, hard-bodied heroes and bosomy, callipygian damsels in distress." - From an Obituary of Frank Frazetta by Bruce Weber and Dave Itzkoff, New York Times, May 10, 2010

Callipygian comes from the Greek words for "beautiful" and "buttocks." Calli- (spelled in Greek as kalli-, meaning "beautiful") also appears in the word calligraphy, while pyges ("buttocks") turns up in the less-complimentary steatopygia, naming excessive development of fat on the buttocks. 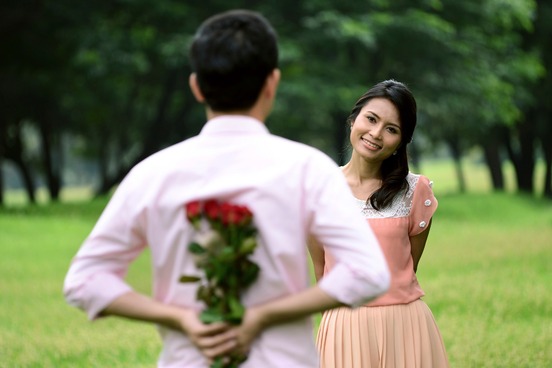 In the mid-18th century, Sir Horace Walpole stumbled upon a Persian fairy tale called The Three Princes of Serendip (Serendip was the Persian name for the island now called Sri Lanka). The heroes of the story traveled about, making happy (and chance) discoveries. Walpole added the term to English in 1754. 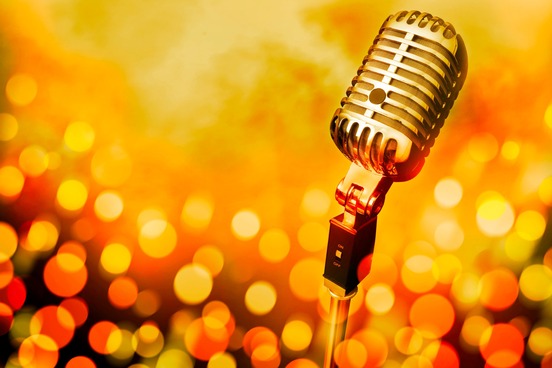 having a smooth rich flow

"Ted Williams, a scruffy former drug addict and alcoholic, became a viral sensation this week after he was filmed by a newspaper reporter delivering lines in a mellifluous radio voice." - NineMSN.com, January 6, 2011

Since mellifluous suggests words like "full," "sweet," and "golden," it seems appropriate that one of its ancestors is mel, Latin for "honey." (Fluous comes from fluere, "to flow.") 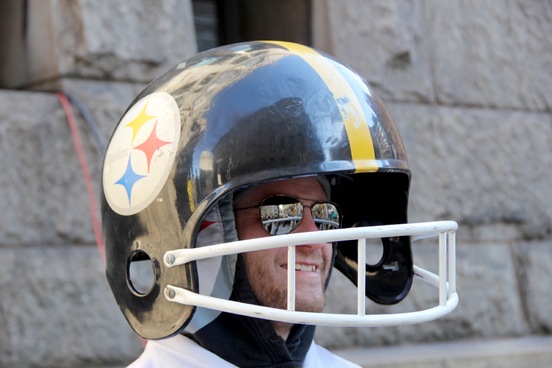 "On their final possession [of Super Bowl XLV], Pittsburgh looked discombobulated. They were slow to get plays off. Wallace was openly looking at Roethlisberger and motioning with his hands that he didn't know which route to run." - Ken Trahan, NewOrleans.com, February 7, 2011 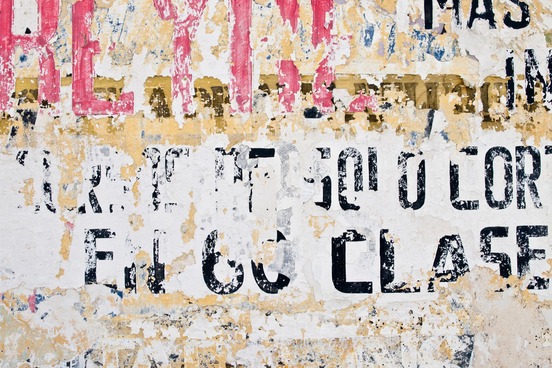 writing material used one or more times after earlier writing has been erased; or, something with diverse layers or aspects apparent beneath the surface

"Rome, the old hands always say, is a palimpsest. For folks like you and me, that means layer upon layer of history, buried right there in the Eternal City clay." - Paddy Agnew, The Irish Times, June 23, 2010

the Greek palimpsēstos means "scraped again." Romans wrote on wax-covered tablets called palimpsestus that could be smoothed clean and reused; modern architects have extended the meaning of palimpsest to refer to buildings where the ghosts of earlier construction are visible. 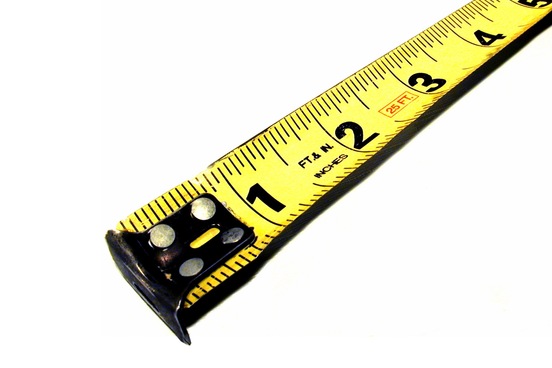 long; characterized by the use of long words

"Plus he has a weakness for what we can mischievously call sesquipedalian excess: Look out for such terms as 'epiphenomenal,' 'diegetic' and 'proprioceptive.'" - Jabari Asim, Washington Post, November 19, 2000

Sesquipedalian pleases in part because it is what it describes: a long word for long words. The Latin sesquipedalis translates as "foot-and-a-half long." That's the way the Roman lyric poet Horace used it when he advised young poets to use common speech instead of sesquipedalia verba ("words a-foot-and-a-half long"). This concept is similar to the modern term "20-dollar word." 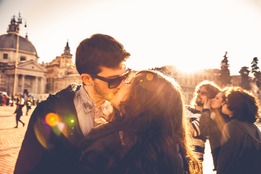 Up Next
Language of Love: The Story Behind "Romance"
More Words At Play

Know these and take the checkered flag.