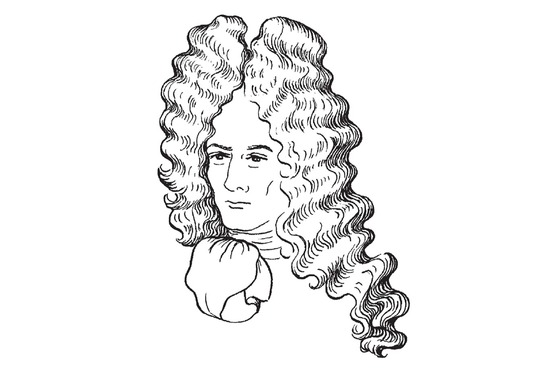 Throughout the dictionary, hand-drawn illustrations support the written definitions – and help our readers picture unusual things. Here are some of our favorites.

: wig; specifically : one of a type popular from the 17th to the early 19th century

Peruke and the synonymous periwig both come from the Old Italian perrucca, meaning "head of hair" or "wig."

In the early 1600s, French King Louis XIII's perukes helped make the wig a fashion statement for the first time since the days of ancient Egypt.

Although it eventually fell out of fashion, the peruke has retained its place in the British legal system, where trial lawyers and judges still typically wear them. British legal perukes are made of horsehair and can cost as much as $4,000. 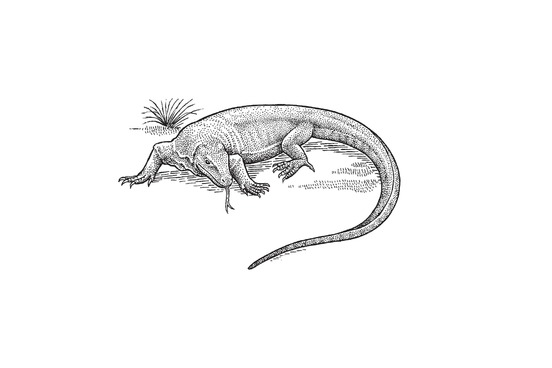 : an Indonesian monitor lizard that is the largest of all known lizards and may attain a length of 10 feet (3 meters)

This lizard, named after Komodo Island, has a venomous bite, a forked yellow tongue, and a powerful tail. It will attack and kill humans (as seen in the 2012 James Bond movie, "Skyfall"). Even young lizards aren't safe: young komodo dragons roll in fecal matter and live in trees to avoid being eaten by their elders. 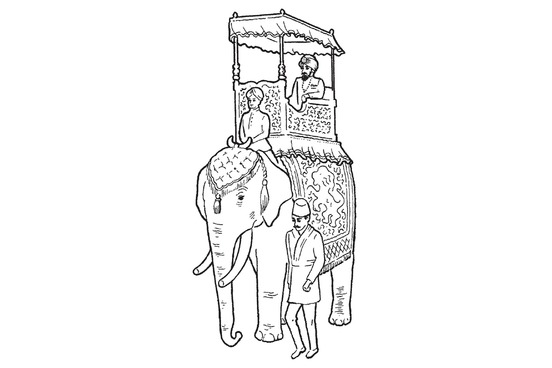 : a seat or covered pavilion on the back of an elephant or camel

Although it may resemble a small room, a howdah is in fact a kind of saddle.

In 1890, English explorer Sir Samuel White Baker noted that a howdah on an elephant is "simply for shooting, as you can fire in any direction, which is impossible from any other contrivance where the rider sits in a constrained position."

Borrowed into English from the Hindi & Urdu hauda, howdah originated in the Arabic hawdaj. 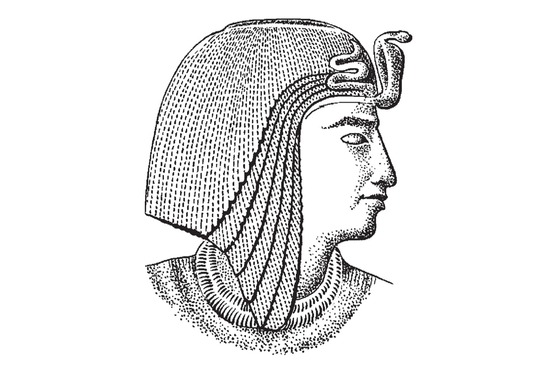 : a representation of the sacred asp (Naja haje) appearing in ancient Egyptian art and especially on the headdress of rulers and serving as a symbol of sovereignty

The word uraeus comes from the Late Greek ouraios, a kind of snake. Egyptians believed the pharaoh's uraeus could spit fire at his enemies.

The uraeus was also the symbol of Wadjet, a goddess of lower Egypt and protector of the pharaoh. Wadjet was depicted as a cobra wrapped around a stalk of papyrus. 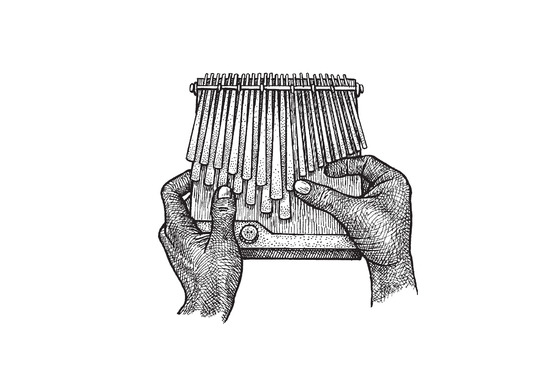 : an African musical instrument that consists of a wooden or gourd resonator and a varying number of tuned metal or wooden strips that vibrate when plucked

The mbira is a lamellaphone, a category of instruments with tongues that are either plucked or pressed and released for sound. European explorers reported seeing the mbira in the late 1500s, but its name didn't appear in English until the early 1900s.

Lamellaphones like the mbira are also known as thumb pianos. 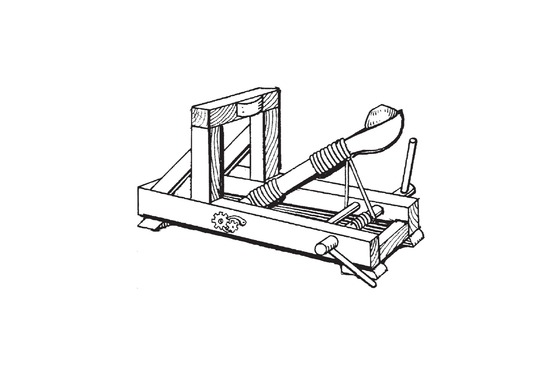 : a heavy catapult used in ancient and medieval times

Onager has an ancestor in the Greek onos, meaning "ass." That term developed into both the four-legged onager (an Asian wild ass) and the wooden onager (the catapult).

Like its animal namesake, the catapult onager had a tendency to kick up its rear end – though the catapult only did this when its stone was discharged. 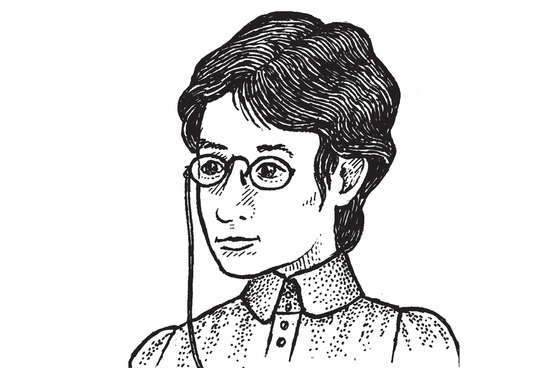 : eyeglasses clipped to the nose by a spring

The French background of pince-nez (pronounced \panss-NAY) tells all: the French pincer "to pinch" + nez "nose." 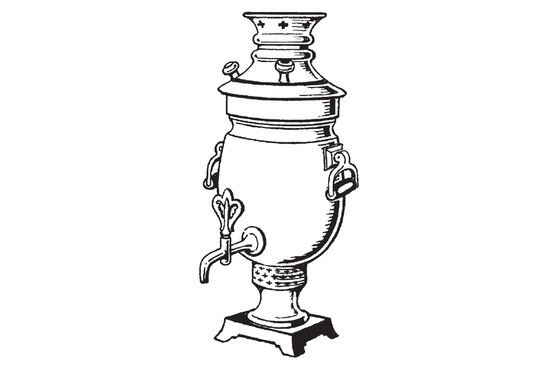 : an urn with a spigot at its base used especially in Russia to boil water for tea

The Russian ancestor of samovar translates roughly as "self boiler." This 18th century Russian invention traditionally heated water by means of an internal tube containing burning charcoal. After the boiling water was poured into a teapot, the teapot might be placed atop the samovar to keep warm.

The Russian town of Tula was so famous for its manufacture of samovars that Anton Chekhov joked "Going to Paris with one's wife is like going to Tula with one's samovar" – a Russian version of "carrying coals to Newcastle." 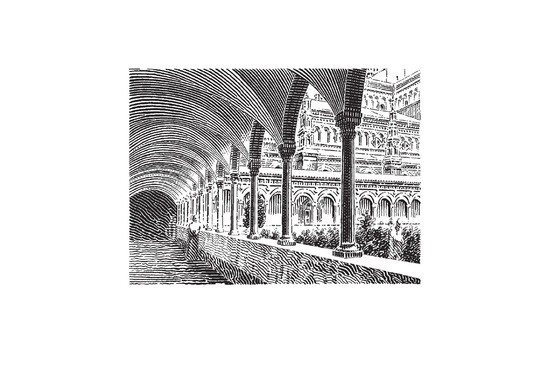 : a covered passage on the side of a court usually having one side walled and the other an open arcade or colonnade

Cloister comes from the Latin claudere, "to close," and in its earliest use the word referred simply to an enclosed space. (Chaucer used it to refer to a very specific enclosed space – the womb.) Cloister later referred to an area within a monastery or convent to which cloistered religious are normally restricted. The cloister defined above is a regular feature of monasteries and cathedrals, and is found on some college campuses too. 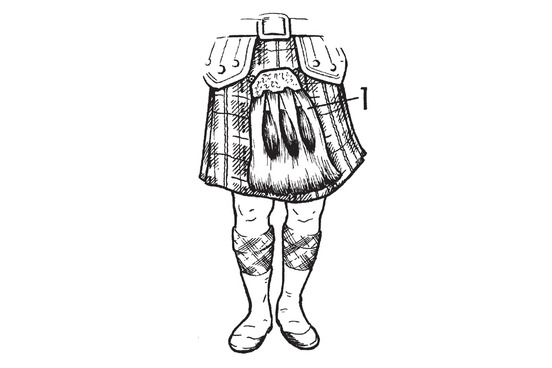 : a pouch, usually of skin with the hair or fur on, that is worn in front of the kilt with Scots Highland dress

The traditional kilt is without a pocket, so a sporran does the job instead. The word comes from the Scottish Gaelic word for "purse" (sporan).

There's a sporran for every occasion: dress, casual, and playing the bagpipes; some regimental bagpipe bands feature hairy sporrans (sporans molach), which are decorated with horse or goat hair.