What Does It Mean to ‘Thwart’ a Plan?

We would’ve told you sooner if it weren’t for you meddling kids.

The verb thwart is one of the few words in English beginning with the letter cluster thw- and means “to defeat or oppose successfully” or “to run counter to so as to effectively oppose or baffle.”

A lesser-known sense of the verb means “to pass through or across.” And it’s that sense that clues us in to the origin of this odd-sounding word. 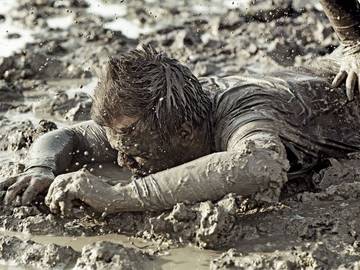 In early Middle English, thwert was an adverb meaning “across” or “transversely,” describing something that lay across the length of something else. The verb thwerten came from this adverb.

From there, the verb thwart takes the meaning of “to pass or extend across” or “to cross the path of.” A plan is described as being thwarted when something prevents it from coming to fruition. The verb thwart is largely, but not exclusively, used in the passive voice. Think of thwarting as blocking a road or path, thereby impeding another’s progress.

Nancy Wake made several attempts to reach Spain, but was thwarted each time by arrests that broke up the circuit. On her final attempt she had to leap from a train window and run for it with several companions, dodging bullets before escaping through a vineyard.
— The Telegraph (UK), 8 Aug. 2011

South Sudan has huge stores of minerals and great agricultural capacity, but its potential has been largely thwarted by corruption.
— Jon Lee Anderson, The New Yorker, 23 July 2012

Thwart has also seen use as a noun, referring to the seat or bench that went crosswise on a boat, for the rower to sit, or a strut placed similarly crosswise to provide a brace.

He hitched the loose end of the rope round the forward thwart of the boat, and, swinging himself up the ladder, stood the next moment on the deck. "Anything very dreadful on board?" he inquired sarcastically, as he and his friend met.
— Wilkie Collins, Armadale, 1866

Related to thwart is athwart, which can be used an adverb, as it originally appeared, or as a preposition meaning “lying across.” It can also be used in contexts that transcend the physical.

Armenia and Azerbaijan are small countries important for many of the same reasons as other Middle Eastern states: for the natural resources they contain or the transport routes they lie athwart, and for their position between Europe and Asia.
— William Ward Maggs, Current History, January 1993

They lay one to three eggs and may incubate them for a while, but they leave the nest soon thereafter, relegating to males the primary task of incubation, a long seventy to eighty-four days. Males sit athwart the egg, body at a slight angle and bill stretched out along the ground.
— Stephen Jay Gould, Natural History, November 1986

How about facing up to the fact that what stands athwart man's chances for a better life is not technology, machines and the military-industrial complex-it is man himself who stands there. It is you. Get the facts and forgo the rhetoric. Stop confusing bloviation with the truth. And, remember, the building you burn will be your own.
— K. Ross Toole, The New York Times, 23 Sept. 1970

Mr. Stella certainly drives athwart the traffic of most contemporary art. His proposal for the future of painting—a triumphal return to illusionist roundness and projection, but with subject matter fastidiously combed out—is as quixotic as it is self-serving.
— Peter Schjeldahl, The New York Times Book Review, 9 Nov. 1986

The English perceive Brigid Brophy as a maverick. They do not know where to have her. She writes athwart our traditions of understatement and mild social comment.
— A.S. Byatt, The Times Literary Supplement, 13 Mar. 1987

Something positioned athwartships runs from one side of the vessel to the other, while something amidships runs toward the midway point between the bow and the stern.

And now, we will move aside and no longer thwart your plans for productivity today.