As advances in technology and transportation make global connection easier, more cultures are intersecting than ever before. And when culture changes, language tends to follow. One related term being seen with increasing frequency is third-culture kid, i.e. a child who grows up in a culture different from the one in which his or her parents grew up. 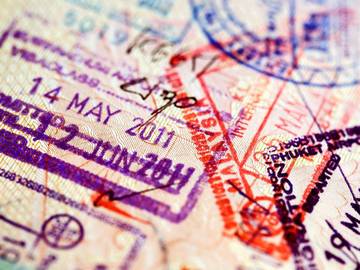 The "third culture" is influenced both by their parents' culture and the culture in which they are raised.

The coinage of this term is credited to American sociologist Ruth Useem (1915-2003), who used it in her studies of expatriates living in India. Useem’s focus was on children whose parents had moved abroad for career purposes, such as diplomats, missionaries, and members of the military.

The "third culture" to which the term refers is the mixed identity that a child assumes, influenced both by their parents' culture and the culture in which they are raised. While Useem first used the term during the 1950s, it was about forty years later that third-culture kid (sometimes spelled without a hyphen and often abbreviated TCK) emerged in the mass media:

Third culture kids have a unique place in any society to which they belong. Theirs is a confusing and quite often debilitative condition. They are confronted with cultural walls or pitfalls at every turn. Unable to completely relate to their parent's culture and yet at the same time labelled as "different" from the mainstream culture they are encouraged to belong to, they are basically cut adrift and left to float in a sort of "twilight zone" state. They form a cultural hybrid, a blend of cultures that can be interesting, but also confusing and frustrating to them. This condition is exacerbated growing up in a country like Canada.
— Nick Voci, The Vancouver Sun, 22 Apr. 1994

Since Useem's study, the term has expanded to include the children of refugee families and those displaced for political reasons, as well as anyone whose work or lifestyle causes a need to settle in another part of the world.

Third-culture kid attracted notice in recent years as one member of that category rose to particular prominence. Having been born in Hawaii and spent a formative part of his childhood in Indonesia as the son of an American mother and a Kenyan father, former U.S. President Barack Obama qualifies as perhaps the world’s highest-profile third-culture kid.

Like Obama, I was born to parents of different countries and races: a Japanese mother and a white American father. Like Obama, I spent my childhood in a culture other than that of my biological parents, thanks to my father’s job as a foreign correspondent: first in Hong Kong, where I was born, then Manila and New Delhi. (The term sometimes used for such children is a “third-culture kid.”) Like Obama, I attended a high school—mine an international school in Delhi, his a prep school in Hawaii—that was akin to a multiracial utopia. And like Obama, I threw in my lot with the American aspect of my identity once I came of age, and have now lived in this country as long as I lived in Asia.
— Ryu Spaeth, The New Republic, 13 Jan. 2017

Because third-culture kids often belong to itinerant families, some grow up in a number of different places, and as a result often develop a scattering of contacts around the world. A 2013 BuzzFeed listicle by Rega Jha offers "31 Signs You're a Third Culture Kid," among them "You've spent an absurd and probably unhealthy amount of time on airplanes" and "You're a food snob because you've sampled the best and most authentic of every possible cuisine."

Many current examples of third-culture kid in print and online media tend to frame the term with some kind of glossing information, suggesting that it is still being introduced to the English-speaking public:

The term may still be a long way from popular use, but as global communities continue to cross paths it might just stick around for a while.