Some of the words that defined the week of September 20, 2019

Welcome to The Good, The Bad, & The Semantically Imprecise, in which we look over some of the words that tickled your curiosity over the past week. Please note that the word bad is used here in a semantically vague fashion; we do not really think of any of these words as bad (although sometimes they are a bit unruly) 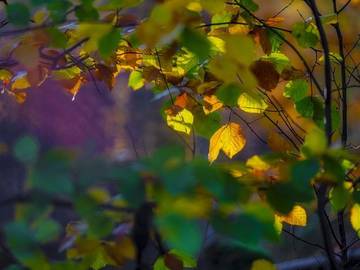 A now-deleted tweet by the opinion section of The New York Times sent many people to the dictionary, to double check if we had dramatically changed the meaning of the words harmless and fun. We had not.

Fun has had a variety of meanings over the years, some of which appear to have very little in common with the meanings used today. When the word first came into use, in the late 17th century, it was as a verb and noun, with meanings such as “hoax,” “trick,” and “deceive.” Fun began to mean “something that provides enjoyment” in the 18th century, and began being used as an adjective in the 19th.

In contrast to fun, the meaning of harmless has changed very little since the word entered use in the 14th century; we define harmless as either “free from harm, liability, or loss” or “lacking capacity or intent to injure.”

We define blackface as “dark makeup worn in a caricature of the appearance of a black person” and “a performer wearing such makeup.” Our entry has an additional note appended to the definition: "The wearing of blackface by white performers was, from the early 19th through the mid-20th centuries, a prominent feature of minstrel shows and similar forms of entertainment featuring exaggerated and inaccurate caricatures of black people. Its modern occurrence in imitation of such performers is considered deeply offensive."

This is a gentle reminder that liable generally is used to mean “responsible” or “exposed or subject to some usually adverse contingency or action,” and libel means (among other things) “defamation of a person by written or representational means.” You can be liable for damages if you libel someone, but you cannot be libel for damages if you liable them. And neither of these words should be confused with labile, which means “unstable” or “readily open to change.”

The recently released first episode of Ken Burns’ documentary on country music drew a certain amount of attention to the word mule skinner.

A mule skinner is someone who drives mules, also know as a muleteer. The two words came into use at very different times; muleteer dates to the early 16th century, while mule skinner has been around only since the late 19th.

The city is full of cut-throats, thieves and desperadoes; besides it is the winter quarters for “bull-whackers,” “mule skinners,” graders, bridge builders, and other who have gambled off their money, and will have to steal or starve, as there is no employment there for them during the winter months.
— Springfield Republican (Springfield, MA), 15 Jan. 1868

Our Antedating of the Week: 'nonbinary'

For our antedating of the week we are looking at nonbinary. Last week we announced that we had updated our entry on they, and included a nonbinary sense (“used to refer to a single person whose gender identity is nonbinary”). The sense referenced in the definition for they (“relating to or being a person who identifies with or expresses a gender identity that is neither entirely male nor entirely female”) is one of the more recent meanings of nonbinary; this word’s oldest sense is “not restricted to two things or parts.” Our earliest record of nonbinary had previously come in 1863; recent findings show it in use in the 1850s.

The mode of the electrolytic decomposition of non-binary compounds, must depend upon the manner in which combination is brought about between the various atoms, that enter into their formation, and consequently upon the degree of affinity, or relative electric polarity of these divers atoms.
— Auguste Arthur de La Rive (trans. by Charles V. Walker), A treatise on electricity, 1856