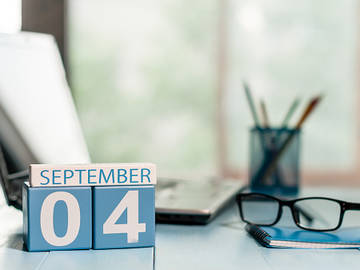 Joke had quite a year last week, after a number of parties said that their actions or statements, when found objectionable by others, should be described by this four-letter word.

Army officials are investigating an anti-Semitic social media post shared Friday by a second lieutenant based at Fort Stewart, Ga., who said he shared it as a joke.
— Corey Dickstein, Stars and Stripes (stripes.com), 1 Sept. 2020

We define joke in a number of ways. Among the more common senses is “something said or done to provoke laughter (especially, a brief oral narrative with a climactic humorous twist).” However, joke may refer to other things, such as “something not to be taken seriously; a trifling matter,” “an instance of jesting,” or “a laughingstock.” The word is believed to have come to English from the Latin jocus (“jest, joke”), which also serves as the root of jocular.

When manipulate began to enter into common use, in the early 19th century, the word typically had the meaning of “ to treat, work, or operate (something) with or as if with the hands or by mechanical means in usually a skillful and precise way.” This early sense is unsurprising, given that the word comes from the Latin word for “hand” (manus). A sense more commonly encountered today is “to change by artful or unfair means so as to serve one's purpose; to doctor.”

There are a number of other meanings of manipulate, including “to treat or manage (something) with the mind or intellect,” “to manage or utilize skillfully,” and occasional other, semantically inconsistent, uses.

In vain do you attack me with solliciting Eyes, in vain display your street-walking Charms, manipulated by Thousands.
— The revolutions of modesty, 1757

Synonym was trending last week, possibly due to the recent announcement of a new album by K-pop star Wonho, featuring this word.

Among the more common meanings of synonym are “one of two or more words or expressions of the same language that have the same or nearly the same meaning in some or all senses,” and the slightly looser “a word or phrase that by association is held to embody something (such as a concept or quality).”

Soup was looked up by many people last week, as curious minds wished to find the answers to two questions which had hitherto gone unasked: can soup be weaponized, and does it come in bags?

Many Twitter users wondered why many other Twitter users were talking about soup this week, and the answer is a now-viral video of President Donald Trump going on an extended rant about protesters weaponizing “bags of soup” against police.
— Tommy Christopher, Mediaite, 2 Sept. 2020

One supposes that well-nigh anything can be weaponized or put in a bag (provided the bag is large enough), although there is nothing in any of our definitions that would suggest that either is a regular semantic feature of this word. For those who simply want to know what soup is, here is how we define it:

1: a liquid food especially with a meat, fish, or vegetable stock as a base and often containing pieces of solid food
2: something (such as a heavy fog or nitroglycerine) having or suggesting the consistency or nutrient qualities of soup
3: an unfortunate predicament

The release of audio recordings of President Trump’s sister, Maryanne Trump Barry, caused besot to be in the news to a greater extent than it usually is.

Mary Trump is then heard in the audio saying, "Yeah, she's a mini Donald.” "She's a mini Donald, but yet he's besotted with her. He always has been," Barry responds. "She's always been his favorite.”
— Brooke Seipel, The Hill, 28 Aug. 2020

Besot has a sense that is synonymous with infatuate (“to inspire with a foolish or extravagant love or admiration”), and another one meaning “to make dull or stupid” (this latter sense is especially used when meaning “to muddle with drunkenness”). In use since the middle of the 17th century, besot developed from a combination of the prefix be- ("to cause to be") and sot, a now-archaic verb meaning "to cause to appear foolish or stupid."

Our Antedating of the Week: 'hair-trigger'

Our antedating of the week is hair-trigger, which may function as either noun or adjective. The noun sense, defined as “a gun trigger so adjusted as to permit the firearm to be fired by a very slight pressure,” had previously had its earliest known use in 1802.

Stolen, Some time last September, out of a House in Kingston, a large Pair of Pistols, brown barrels … with hair triggers to them….
— The Gazette of Saint Jago de la Vega (St. Jago de la Vega, Jam.), 4 Oct. 1781

The adjective, which may be defined as either “immediately responsive to the slightest stimulus” or “delicately adjusted or easily disrupted,” had its first known use in 1834.

There was no foundation whatever, for the story, that any duel had been fought between those parties, but the rumor had its origin in circumstances, which it was believed by the hair-trigger gentlemen of the South, must inevitably lead to such a rencontre.
— Spectator (New York, NY), 20 Jan. 1832