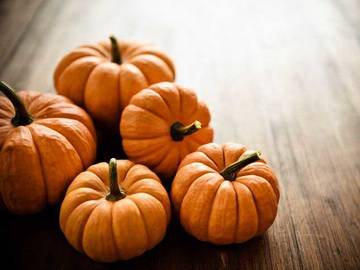 Scum had a moment in the limelight last week, after President Trump referred to Republicans who opposed him as human scum. Some felt this comment was beneath the dignity of the office held by Trump.

"To call anybody human scum is beneath the office of the presidency. You can't say that, right? You're the president. You have different standards," said Rep. Adam Kinzinger, an Illinois Republican, in an interview with CNN's Wolf Blitzer on "The Situation Room.”
— Chelsea Cox, CNN (cnn.com), 23 Oct. 2019

The word has been in general use since the 14th century, with an initial meaning of “extraneous matter or impurities risen to or formed on the surface of a liquid often as a foul filmy covering.” Along the way scum has diversified and expanded its semantic range, taking on additional senses such as “the scoria of metals in a molten state” and “a low, vile, or worthless person or group of people.” Trump’s modification of scum with human does not represent a new pairing of this twain; people have been writing about human scum since the first half of the 19th century.

We saw the convict ship bear off the human scum of our prisons with the same indifference that we see the scavenger’s cart carry away the filth of our dust-holes.
— The Leeds Intelligencer (Leeds, Eng.), 19 Jun. 1847

In our most depressing statistic of the week, the word bulletproof was in the news because people are often, quite simply, horrible.

Bulletproof has a handful of figurative meanings, including “not subject to correction, alteration, or modification” and “invincible.” In this context above, however, it is simply being used in its original literal sense (“impenetrable to bullets”). While it might seem that bulletproof is a product of the 20th, or perhaps 19th, century, the word has been with us for quite some while; our records show it in use in the first half of the 17th century.

In this service Ensign Long behaved himself as if he had bin bullet proofe: at hand whilest we were employed in this service, the Rebels drew down upon Sir William Stewarts Newtovvn, and the Castle played off, and killed 50 of their men in the streetes, and preserved the Town except one house or two at the furthermost end.
— Anon., The last true and joyfull newes from Ireland, 1642

Pseudonym had a banner week, after it was discovered that Mitt Romney had been employing one of these on social media.

Pseudonym began being used in the early 19th century, and may be traced back to the Greek pseudōnymos (“bearing a false name”), although we likely based our word on the French pseudonyme. The word for “the use of a pseudonym” is pseudonymity, and pseudonymous is the word for “bearing or using a fictitious name.”

English has a good number of words which are synonymous, or nearly so, to pseudonym. If describing a thespian, stage name (“a name used by an actor instead of the actor's real name”) might be more appropriate. We have a brace of terms from the French, nom de guerre (literally, “war name”) and nom de plume (“pen name, pseudonym”); the latter of these is, while French in form, thought to have been coined in English. Another word for pseudonym, particularly when referring to a writer, is pen name. And among the more recent words in this vein is sock puppet (“a false online identity used for deceptive purposes”).

President Trump, of whom it may be said that he is bold and forceful in his application of adverbs, caused a number of people to turn to dictionaries last week, in order to find out if kiddingly was in fact a word.

Kiddingly certainly is a word, and means “in the manner of one that is kidding.” It is not often encountered, but has enjoyed periodic use since the middle of the 19th century.

Immediately the flag fell, Bonnie Lass and The Leader jumped away together, and ran in close company several lengths in front of the rest to the distance, where Bonnie Lass quitting The Leader, the latter was “cased,” whereupon Attache, though possessing no earthly chance of winning, was “kiddingly” ridden home, and finished six lengths in the rear of Bonnie Lass.
— Sheffield and Rotherham Independent (Sheffield, Eng.), 21 Jul. 1864

Our Antedating of the Week: 'hissy fit'

Our antedating of the week is hissy fit (“a tantrum, a fit of bad temper”), because someone somewhere will be having a hissy fit this week, and we aim to be au courant. Our previous earliest use of hissy fit had been in 1967; this has been pushed back to 1943.

Rev. Mathes thinks some of these old shell-backs that have hissy fits every time the younger generation have a good time have the same complex as those old timers who stoned the prophets and burned the witches in Salem.
— The News-Review (Oklahoma City, OK), 25 Nov. 1943