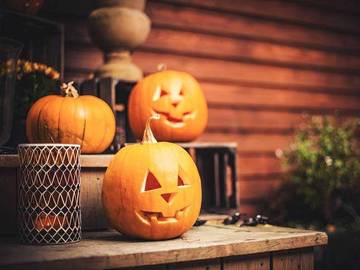 Marcescent is an obscure word, used of a plant part, such as a leaf, which means “withering without falling off.” It was not one of our top lookups last week, but it often felt as though it should have been, for who among us, in times of such bluster (both climatic and politic) has not felt as though we had withered, yet not quite fallen off? If you need the noun form (“the quality or state of being marcescent”) it is marcescence.

Nepotism, on the other hand, was on of our top lookups last week, as various people (who may or may not have famous and powerful relatives) decided to levy charges of nepotism at others.

These Nepotists Have a Lot to Say About Hunter Biden’s Nepotism
— (headline) The Daily Beast (dailybeast.com), 15 Oct. 2019

Defined as “favoritism (as in appointment to a job) based on kinship,” nepotism can be traced to the Latin word nepos, meaning “grandson, nephew.” In the 15th century Pope Sixtus IV was known for awarding special favors to family members, especially his nephews. The Italian nepotismo (and French népotisme) spread to English by the end of the 17th century, in reference to preferential treatment given to any family member by a person in power. Our language is wealthy in nephew-related words, for in addition to nepotism was also have nepotal (“of, relating to, or resembling a nephew”), nepote (“nephew”), nepotic (“of or relating to nepotism; disposed to nepotism”), and nepotist (“one who practices nepotism”).

Diatribe may be defined as “a prolonged discourse or discussion,” a reflection of the word’s origins in Greek (in which diatribē may mean “discourse” or “pastime”). When it entered English in the late 16th century, the initial meaning was often applied to philosophical writings on ethics.

The same man afterward vpon the similitude of the potter and claie, answering the cauill, that this potter (as Erasmus in his Diatribe did interperet) maketh a vessell….
— Jacobus Kimedoncius (trans. by Hugh Ince), Of the redemption of mankind, 1598

Since that time the meaning of diatribe has broadened somewhat, taking on such additional meanings as “ironic or satirical criticism” and “a bitter and abusive speech or piece of writing.” It is the “abusive” one of these meanings that was in the news last week, following an acrimonious meeting between President Trump and members of Congress.

BREAKING: Sen. Schumer says he and other Democratic leaders walked out of meeting with President Trump at White House because the president was “insulting” to Speaker Pelosi during the meeting.

Another word which saw increased attention as a result of this meeting was meltdown, after Speaker of the House Nancy Pelosi averred that President Trump had been having one of these, and he subsequently made a similar claim about her. There are multiple senses of meltdown, and we assume that the one intended by both Pelosi and Trump is “a breakdown of self-control (as from fatigue or overstimulation).” Other meanings of meltdown include “the accidental melting of the core of a nuclear reactor” and “a rapid or disastrous decline or collapse.”

On Wednesday, one thousand days into his Presidency, Trump had what House Speaker Nancy Pelosi called a complete “meltdown” at a White House meeting with congressional leaders about the week’s other disaster, Trump’s decision to abandon U.S. Kurdish allies and pull out of Syria, enabling a Turkish invasion.
— Susan B. Glasser, The New Yorker (newyorker.com), 17 Oct. 2019

Meltdown appears to have come into use in the 1930s, as jargon employed by ice cream manufacturers (a linguistically decadent lot, who are forever trying to force new words on the English language). In early use it referred to the rate at which ice cream would melt.

Color, melt-down and sediment came in for five classifications each ... The dishes were tasted by number and nobody knew whose ice cream he was eating.
— The Courier-Journal (Louisville, KY), 16 Dec., 1938

Our Antedating of the Week: 'double jeopardy'

Double jeopardy is our antedating of the week. The word was in numerous headlines after the governor of New York, Andrew Cuomo, signed a law which closed a loophole which would have allowed those accused or convicted of federal charges to also avoid state charges if they received a presidential pardon. We define two senses of double jeopardy, a legal and a general sense: “the putting of a person on trial for an offense for which he or she has previously been put on trial under a valid charge” and “considerable danger or trouble from two sources.” Our earliest record of use had previously come in 1862, but recent findings show that the general use of double jeopardy has been with us since at least 1808.

Then followed the ever memorable orders of council of November 1807, declaring all American (neutral) vessels good prize, if bound to or from France, or any of her ports or allies—France retaliated, and said that an American vessel bound to or from the British islands, or which should submit to be boarded by a British armed ship, should be good prize. Then, as Mr. M’Kim told you, was our commerce placed in double jeopardy.
— National Intelligencer (Washington, DC), 5 Oct. 1808