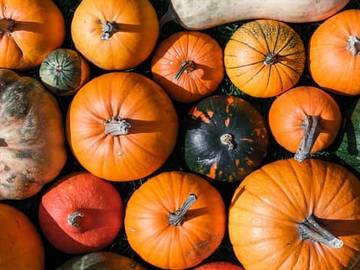 Rick Scott, senator from Florida and former healthcare executive, caused confusion last week after he appeared to confuse the meaning of the words positive and negative when used in reference to medical test results.

The Republican from Florida tweeted: “I misspoke this morning in my @FoxNews interview. I was tested yesterday for COVID and tested NEGATIVE.” During an interview Saturday morning on “Cavuto Live," when asked about three Senate colleagues who had contracted the virus in recent days, Scott said, “I was tested yesterday, I think for the 6th time, and I tested positive again.”
— Associated Press, 3 Oct. 2020

Positive and negative can be tricky words for some people, as they do not always mean what one thinks (or even hopes) they will mean. Positive typically carries meanings such as “fully assured” (‘I’m positive I do not have the virus’), “incontestable” (‘We have positive proof that you do have the virus’), or “indicating, relating to, or characterized by affirmation, addition, inclusion, or presence rather than negation, withholding, or absence” (‘Now that I’ve recovered from the virus I plan on making some positive changes in my life’). However, when referring to the results of a medical test, the relevant sense of positive is “affirming the presence especially of a condition, substance, or organism suspected to be present” (‘My Covid-19 test came back positive and now I will quarantine for two weeks’). When speaking of medical tests the sense of negative one would hope for is the one we define as “not affirming the presence of a condition, substance, or organism suspected to be present.”

A number of newspapers took the recent tumultuous state of things as an opportunity to show off their command of one of the English language’s lesser-known plurals,

It is not uncommon for words ending in -is to be pluralized in this manner; thesis becomes theses, phthisis becomes phthises, and merisis becomes merises.

Reports that the FBI had thwarted the plans of a group who planned to kidnap Michigan governor Gretchen Whitmer caused a spike in lookups for militia.

A number of people questioned whether terrorist might be a more apt descriptor than militia, presumably on the grounds that militia often has the meaning of “a part of the organized armed forces of a country liable to call only in emergency.” This is not, however, the only meaning of the word, and militia also now carries the meaning of “a private group of armed individuals that operates as a paramilitary force and is typically motivated by a political or religious ideology.” In this latter sense militia often has the specific meaning of “such a group that aims to defend individual rights against government authority that is perceived as oppressive.”

Dr. Conley and other experts have previously suggested a grim picture of Mr. Trump’s bout with the disease — his plummeting blood oxygenation, high fever and treatment with medication reserved for patients with severe Covid-19.
— Lisa Lerer, The New York Times, 5 Oct. 2020

Oxygenation is the action of oxygenating, which is itself defined as “to impregnate, combine, or supply (something, such as blood) with oxygen.”

The word plague often has a fairly specific disease meaning: “a virulent contagious febrile disease that is caused by a bacterium (Yersinia pestis) and that occurs in bubonic, pneumonic, and septicemic forms,” also sometimes called black death. However, plague may also be used in a general fashion when referring to disease, with the meaning of “an epidemic disease causing a high rate of mortality; pestilence.” In addition, the word may have such meanings as "a cause of irritation,” “a sudden unwelcome outbreak,” “a disastrous evil or affliction,” or “infestation” (as in a plague of locusts).

Trump was sitting, hands folded, at a wood table covered with folders and a dark binder with the presidential seal. Two flags were placed behind him. He thanked world leaders for offering their "condolences," adding that "they know what we're going through.”
— John Fritze and Nicholas Wu, USA Today, 2 Oct. 2020

We define condolence in two ways: “sympathy with another in sorrow,” and “an expression of sympathy —usually plural.” Condolences is chiefly used as an expression of grief to one who has suffered loss. It is related to, yet distinct from, the word sympathy, which often suggests a tender concern but can also imply a power to enter into another's emotional experience of any sort.

Our Antedating of the Week: 'militiaman'

Our antedating of the week is militiaman, defined as “a member of a militia.” Our earliest known use had previously come in 1668; recent findings show that it was in use at least as early twenty-five years earlier.

On Sunday last, to cleare the Land of mercy (for so those that are escaped terme Cornwall) of the Militia Forces, Sir Ralph with a small party marched towards Salt-Ash, wherein were three hundred Militia men, and ten peeces of Ordnance, he beat them from their Ordnance, entred the Towne, drove them to the Sea side, where about one hundred did rather choose drowning then killing; of which three hundred but forty escaped.
— Very impartiall hand, A true relation of a late victorie obtained by Sir Ralph Hopton against my Lord of Stamfords forces in Cornwall, 1643