Some of the words that defined the week of October 4, 2019 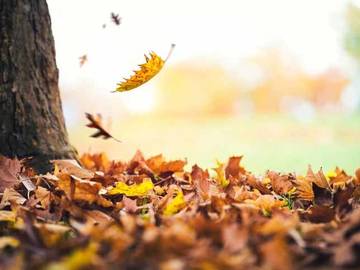 This past week saw a stunning surge in pleasant words, such as happify (“to make happy”), felicitate (“made happy”), and eudaemonic (“producing happiness : based on the idea of happiness as the proper end of conduct”) …. actually, none of the above is true, but wouldn’t it be nice if it were? Truth be told, last week saw a fair amount of political rancor, and the words which captured the attention of dictionary users reflected that.

Moloch was in the news, after a man on television made the claim that this was the preferred deity of Democrats.

Moloch, which also can be found spelled Molech, was an ancient Canaanite deity, one to whom children were often sacrificed. The network on which Jeffress said this (Fox) shortly after announced that he would no longer be making appearances on any of their television or radio programs. Should you chose to invoke Moloch (ill-advised in most circumstances), please remember that the names of deities are typically capitalized.

An interview on CNN in which Robert De Niro expressed himself colorfully led to a number of news outlets scrambling for euphemisms to describe what the actor had said; many settled on f-bomb.

If you are in need of such a euphemism, but prefer something that sounds a touch more scholarly than f-bomb, consider quoting the great scholar Allen Walker Read, who in 1934 wrote an entire 15 page paper on this vulgarism without using it once. Read introduced the word as “the most disreputable of all English words—the colloquial verb and noun, universally known by speakers of English, designating the sex act.”

Treason and sedition have both been getting a workout in recent days, as people across the political spectrum are using the words with considerable gusto.

But now Mr. Trump also talks about the civil war that could break out if impeachment proceedings against him continue, a whistle-blower he regards as a spy and, increasingly, treason.
—Katie Rogers, The New York Times, 1 Oct. 2019

The frequent appearances of these words of late, coupled with the likelihood that such use is unlikely to diminish in the near future, calls for an explication of their meanings, and the ways in which they differ from one another. We define treason as “the offense of attempting by overt acts to overthrow the government of the state to which the offender owes allegiance or to kill or personally injure the sovereign or the sovereign's family” and, somewhat more loosely, as “the betrayal of a trust.” Sedition is defined as “incitement of resistance to or insurrection against lawful authority.”

However, it is important to note that the U. S. Constitution contains a definition of treason that is narrower than ours; Article III, Section 3 states that “Treason against the United States, shall consist only in levying War against them, or in adhering to their Enemies, giving them Aid and Comfort.” Sedition is often thought of as one step shy of treason. While it too refers to an attempt to overthrow the government of one’s country, sedition is limited to organizing and encouraging, but not the direct participation in overthrowing a government.

Our Antedating of the Week: 'conspiracy theory'

For our antedating of the week we are looking at conspiracy theory, because we have a feeling that this is another word that will be much in the news in the coming months, and we are always looking to help our readers stock up on readily accessible nuggets of small talk which may come in handy when discussing politics around the water cooler at work. Previously our earliest record of conspiracy theory (defined as “a theory that explains an event or set of circumstances as the result of a secret plot by usually powerful conspirators”) was from 1871; recent findings show that it was in use as far back as 1868.

She may seem to award her present Premier a degree of favour which, considering how direct and plain her dealings have ever been, appears to denote her sympathy with his policy, but she surely comprehends that his conspiracy theory is a mere party battle-horse for which she need not find stable-room.
— The London Review, 26 Sept. 1868