Some of the words that defined the week ending October 2, 2020 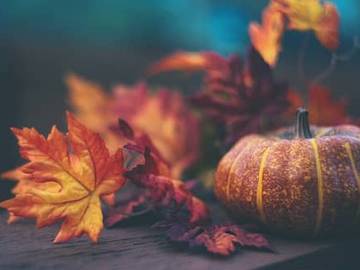 The spookiest time of the year. Finally.

Dogma spiked in lookups early in the week, amidst coverage of Amy Coney Barrett, President Trump’s recent nominee for the Supreme Court.

In questioning Judge Amy Coney Barrett’s devotion to her faith in 2017, Sen. Dianne Feinstein uttered a memorable phrase that would soon debut on hoodies and T-shirts. “The dogma lives loudly within you,” Feinstein said during Barrett’s confirmation hearings for the 7th Circuit Court of Appeals.
— Jennifer Graham, Deseret News, 29 Sept. 2020

There are a number of possible meaning of dogma, including “something held as an established opinion,” and “a point of view or tenet put forth as authoritative without adequate grounds.” The sense most often often invoked in discussions about Barrett, however, is “a doctrine or body of doctrines concerning faith or morals formally stated and authoritatively proclaimed by a church.” Dogma has no etymological connection to dogs; the word can be traced to the Greek dokein, meaning “to seem.”

The thing is though, she isn’t a “Rhodes scholar” in the traditional sense. She did not attend Oxford University in England on a Rhodes scholarship. She was a student of Rhodes College in Memphis, TN, where she was, of course, a scholar. So technically, yes, she was a Rhodes (College) scholar, and not an Oxford University student on a Rhodes Scholarship.
— Colby Hall, Mediaite, 1 Oct. 2020

We define Rhodes scholar as “a holder of one of numerous scholarships founded under the will of Cecil J. Rhodes that can be used at Oxford University for two or three years and are open to candidates from the Commonwealth of Nations and the U.S.” Rhodes was a British administrator and financier in South Africa, and lived from 1853-1902. He established the program financing Rhodes scholars in his will; until 1976 candidates were required to be unmarried men.

Bread made a big splash last week, after the Irish Supreme Court ruled that the exterior of the foodstuffs sold by the sandwich chain Subway should not be described thusly.

The Irish Supreme Court recently ruled that Subway’s bread has too much sugar in it for it to be considered bread under the country’s Value Added Tax regulations, and thus is subject to the tax. The law states that for bread to be considered a staple food, and thus not subject to VAT, its sugar content “shall not exceed 2 percent of the weight of flour included in the dough.” However, Subway’s bread comes in at a whopping 10 percent, bread only in spirit.
— Jaya Saxena, eater (eater.com), 1 Oct. 2020

We offer a range of definitions for bread, none of which contain a required percentage of any ingredient. The one most relevant to the issue at hand is “a usually baked and leavened food made of a mixture whose basic constituent is flour or meal.”

Deterrence spiked in lookups following a report by British journalists on efforts by the Trump campaign to dissuade Black Americans from voting.

We define deterrence as “the act or process of deterring," such as “the inhibition of criminal behavior by fear especially of punishment,” or “the maintenance of military power for the purpose of discouraging attack.” Deterrence (and deter) come from the Latin deterrēre, which is itself from de- + terrēre (“to frighten”).

Miscarriage had a sad moment of prominence, after Chrissy Teigen posted a social media account of having recently had one.

Miscarriage came into English in the 16th century, initially with such meanings as “an error of behavior,” or “corrupt or incompetent management.” In this latter sense it often carries the specific meaning of “a failure in the administration of justice.” In the 17th century the word also took on the meaning of “spontaneous expulsion of a human fetus before it is viable and especially between the 12th and 28th weeks of gestation.”

President Trump’s announcement that he and First Lady Melania Trump had COVID-19 sent a number of words soaring in lookups, including irony, poetic justice, and schadenfreude. Subsequent reports on his condition caused an increase in lookups for lethargic.

Trump is said to have minor symptoms. He was lethargic at the Bedminster fundraiser, per an attendee. As of last night, officials were discussing treatment options as well as options for addressing the nation. https://t.co/DCq8wCL3B4

Lethargic may mean “of, relating to, or characterized by laziness or lack of energy” or ‘indifferent, apathetic.” Lethe, the name of the river of forgetfulness in Greek mythology (and the Greek word for forgetfulness), serves as the origin of lethargic and lethargy.

Our Antedating of the Week: 'deterrence'

Our antedating of the week is the aforementioned deterrence. Our previous earliest known use had come in 1861, but recent findings show that people had been trying to deter things (and people) for many years prior to that.

That Heroical vertues will thrive, and may be exercis'd better in a Democraticall, then a Monarchicall dispensation, will in a Domestick way be pertinent, towards the leading you out of that erroneus supposition mentioned before, among the causes of the the (sic) deterrence, and keeping so great a distance from searching into the reason of things, and present condiscention to Authority, scilicet.
— Albertus Warren, The Royalist reform’d, 1649

Every motive that men could have to adopt it, has been applied, and every motive of deterrence has been exhibited.
— Thomas Cooper, Tracts ethical, theological and political, 1789