Some of the words that defined the week ending November 27, 2020 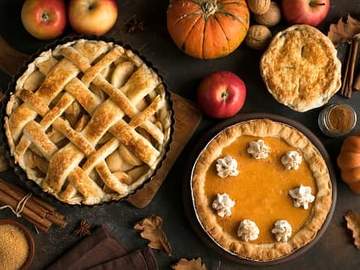 Today is Black Friday, a not-holiday that we define as “the Friday immediately following Thanksgiving Day that is considered by retailers to mark the beginning of the holiday shopping season.”

We also provide a note with this definition, stating “The origin of Black Friday in this sense is not known for certain. The day was allegedly so named either in reference to traffic congestion in central cities on the day after Thanksgiving or to the supposed fact that retailers' accounts shifted from red to black with the beginning of the shopping season.”

It is also worth noting that this consumerist Black Friday is but one in a very long line of other Black Fridays, some of which date back hundreds of years. Our records show more than a half dozen other specific Fridays being modified with this adjective. Fridays could be described in this manner for a variety of reasons, the most common being financial panic of one sort or another. Other reasons for naming this day of the week thusly include political intrigue, acts of war, and, tragically, marking the day in 1955 that Emmett Till’s murderers were found not guilty.

Friday, April 12th, the day of the attack on Sumter, has already got the unenviable name of “the Black Friday.”
— The San Francisco Herald, 3 May, 1861

The day on which the approach of the rebels to Derby was made in London was long remembered as the Black Friday…
— Boston Evening Transcript, 14 Sept. 1861

The monetary panic in England still occupies the attention of British journals. The day on which it occurred (Friday, May 11) is called “Black Friday.”
— Boston Evening Transcript, 2 Jun. 1866

In all the history of panics in the United States, none is probably so well remembered as that known as “Black Friday,” which occurred in September, 1869.
— Detroit Free Press, 12 May 1901

The large-scale currency swindle launched by the Western Berlin Exchange Bureau, which to go by the precedent of the so called “Black Friday” of Feb. 19, 1949, will turn out to be a gigantic flop, has reached its climax.
— Daily Report, Foreign Radio Broadcasts, 20 Mar. 1950

I’m sick … in heart … in soul … in body! This is “Black Friday” in Mississippi … in America … throughout the entire civilized world!
— James Edmund Boyack, Pittsburgh Courier, 1 Oct. 1955

Both hillbilly and elegy were in the news last week, following the release on Netflix of the movie of this name (based on a book by J. D. Vance).

“Hillbilly Elegy” (which drops Tuesday on Netflix) provides yet more evidence that, when it comes to genres that confine rather than unleash cinematic creativity, superhero movies and other franchises have nothing on adaptations of memoirs by living public figures.
— Richard Brody, The New Yorker, 23 Nov. 2020

Elegy may be defined in a number of ways, including “a pensive or reflective poem that is usually nostalgic or melancholy,” “a song or poem expressing sorrow or lamentation especially for one who is dead,” or “a poem in elegiac couplets.” The word may be traced to the Greek elegos, meaning “song of mourning.”

Hillbilly, on the other hand, occupies narrower semantic terrain; we offer a single definition: “a person from a backwoods area.” The entry also has a usage note, stressing that it is often disparaging + offensive. The word came into use in the late 19th century.

County Judge Colyer is a thick-headed, prejudiced “hill Billy,” who cares nothing for the peace and happiness of his constituents, nor anything else that tends to advance the interest of the county, which he has been the instigator in bringing into dispute.
— Interior Journal (Stanford, KY), 10 Sept. 1889

Ascertainment also snuck into the news last week, after the head of the General Services Administration decided that Joe Biden was likely the winner of the recent presidential election, and that the process of transitioning from one administration to the next could begin.

Among other things, the ascertainment process gives the incoming president and his team access to officials at federal agencies and directs the Justice Department to work on security clearances for transition team members and Biden political appointees.
— Zeke Miller and Aamer Madhani, Associated Press, 23 Nov. 2020

We define ascertain as “to find out or learn with certainty,” and ascertainment as “the act of ascertaining.” The words come from the Middle English acertainen, meaning “to inform, give assurance to.” The Middle English word comes from the French certein (“certain”).

Typo also received much attention last week, after Sidney Powell filed legal papers which appeared to contain a number of these.

Typo is defined as “an error (as of spelling) in typed or typeset material”; the word is a shortening of typographical (error). Although this is now the dominant sense of the word typo also used to be a shortened form of typographer, and had the meaning of “printer” or “compositor.”

Our Antedating of the Week: 'bean counter'

Our antedating of the week is bean counter, defined as “a person involved in corporate or government financial decisions and especially one reluctant to spend money.” The word has a history of use prior to taking on this meaning, some of which likely influenced the current meaning, and some of which does not. Bean counter may be found in very occasional use in the 19th century in reference to someone who a person who spends considerable amounts of time counting their rosary beads.

I have been an eye witness when the church has been crowded to suffocation with rosary adorers, or bean counters….
— The Lutheran Observer (Baltimore, MD), 17 Sept. 1841

It has somewhat wider use in the first half of the 20th century as a term for an economical sort of lunch counter.

An observant gentleman, whose fortune has fluctuated from champagne suppers to a bean counter lunch, notes the fact that nine men will buy you a drink while the tenth will stake you to an interest in a meal ticket.
— The Daily Province (Vancouver, CAN), 28 Nov. 1911

The most direct descendent of the current use is as a term for describing someone who counted literal beans; a common sort of contest entailed guessing the number of beans (or jelly beans) in a glass jar.

In our display window we have on exhibition a solid jar of beans. Look at the jar, come in and purchase, and for every 10c spent you will be entitled to one guess as to the number of beans in the jar … Bean counters—Mr. Jones, Mr. Virgil Moon, Mr. Perry Hudson
— (advt.) Daily Republican-Register (Mount Carmel, IL), 10 Jun. 1908

Our earliest known use of the disparaging financial sense had previously come in 1971; recent research show that we have been referring to people as bean counters since at least 1969.

Also a reorganization of the financial section of the company took place, in which the company president replaced the chief cook and bottlewasher, as keeper of the books and head bean-counter.
— Delaware County Times (Chester, PA), 14 Mar. 1969

Men of Finance (Bean Counters need not apply) Now that you realize where we stand, let us outline the kind of men we are seeking.
— (classified advt.) The San Francisco Examiner, 13 Jul. 1969