Some of the words that defined the week ending November 13, 2020 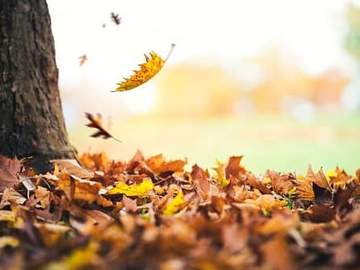 The good. The bad. The semantically vague.

Reports that Pfizer had developed a promising vaccine for the coronavirus caused an upswing in searches for that word.

On Monday, BioNTech and Pfizer announced that a vaccine for the coronavirus developed by Dr. Sahin and his team was more than 90 percent effective in preventing the disease among trial volunteers who had no evidence of having previously been infected.
— David Gelles, The New York Times, 10 Nov. 2020

Vaccine is define as “a preparation of killed microorganisms, living attenuated organisms, or living fully virulent organisms that is administered to produce or artificially increase immunity to a particular disease.” The word may be traced to the Latin vacca (meaning “cow”); the earliest vaccines, for smallpox, were developed from cowpox pustules.

The golden goose had a moment in the sun last week, after President Trump used this fabulous noun in reference to Fox News.

Shortly afterwards, Trump unleashed his own torrent of abuse at Fox. “Fox News daytime ratings have completely collapsed,” the president tweeted. “Weekend daytime even WORSE. Very sad to watch this happen, but they forgot what made them successful, what got them there. They forgot the Golden Goose. The biggest difference between the 2016 Election, and 2020, was Fox News.”
— Ken Meyer, Mediaite, 12 Nov. 2020

We define the golden goose as “something that is a very good source of money or business.” It comes from an Aesopian fable, in which the owners of a golden goose unwisely kill the animal, in the mistaken belief that the source of the gold lies within the goose. While the fable itself dates back millennia, the allusive use of the golden goose is only about 200 years old.

Yes, sir; we are departing from our first principle, which was to derive revenue from commerce. Yes, sir—we are killing the golden goose like the foolish boy in the fable.
— The National Intelligencer and Washington Advertiser (Washington, DC), 29 Mar. 1809

As the last remaining states count their ballots, many Americans are likely worried about the transition of power and what a lame-duck President Donald Trump might do in the short months before he leaves office.
— Lindsay M. Chervinsky, CNN, 8 Nov. 2020

We offer a number of possible definitions for lame duck, including at some that are not particularly applicable to today’s political climate. The word came into use in the middle of the 18th century, initially meaning “one that is weak or that falls behind in ability or achievement.” Lame duck may also mean “a person unable to meet financial obligations,” “one whose position or term of office will soon end,” or “an elected official or group continuing to hold political office during the period between the election and the inauguration of a successor.”

Court cases filed by lawyers representing President Trump caused a number of legal terms to spike in lookups, including precatory and affiant.

There was something soothing about listening to two hours of Supreme Court arguments Tuesday, as the justices distinguished the “hortatory” from the merely “precatory” and traded hypotheticals about lawn-mowing, tree-planting and war bonds.
— Dana Milbank, Washington Post, 10 Nov. 2020

Judge Cynthia Stephens said the information was hearsay, but lawyer Thor Hearne argued to the contrary. He pointed to a sticky note received by the poll watcher that said, “Entered receive date as 11/2/20 on 11/4/20.” “So I want to make sure I understand you. The affiant is not the person who had knowledge of this. Is that correct?” Stephens asked.
— Debra Cassens Weiss, ABA Journal, 12 Nov. 2020

In general use precatory may be defined as “expressing a wish”; the word comes from the Latin precari, meaning  “to pray.” Our legal definition is “expressing a wish or desire but not creating a legal obligation or affirmative duty.” An affiant is “one who swears to an affidavit” (an affidavit is “a sworn statement in writing made especially under oath or on affirmation before an authorized magistrate or officer”).

Actions taken by President Trump caused some to fear an attempt at a coup, sending that word to the top of our lookups for much of the past week.

While coup may mean “a brilliant, sudden, and usually highly successful stroke or act,” in current use it is functioning as a shortened form of coup d’état, which is defined as “a sudden decisive exercise of force in politics; especially, the violent overthrow or alteration of an existing government by a small group.” Coup d’état comes directly from French, in which it means “stroke of state.” Coup has retained the pronunciation of its roots, and is pronounced the same way as coo.

Our Antedating of the Week: 'wage slave'

Our antedating of the week is wage slave, defined as “a person dependent on wages or a salary for a livelihood.” Our earliest known use had previously come in 1882, but recent findings show the word in use in the 1840s.

Again: The wages slave, robbed of a home, and coerced to toil for others, has a right to his land, where he was born if practicable; and if not, on the nearest uncultivated land he may choose; and he has a right to the proceeds of his labour above his consumption, if he has laboured, and whether he had laboured or not, to compensation for the privations he has suffered in consequence of the denial of his right.
— Northern Star (Leeds, Eng.), 9 May 1846