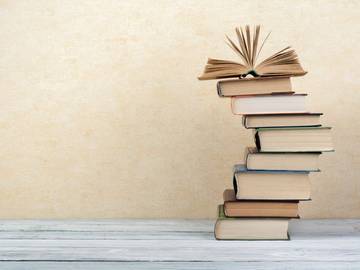 Read on for definitive proof that the kids are all right.

The Scripps National Spelling Bee ended in octuplicate late Thursday night, with eight contestants finishing as co-champions. Here is a list of the winners, with the final word spelled correctly by each.

Saketh Sundar: bougainvillea (“any of a genus (Bougainvillaea) of the four-o'clock family of ornamental tropical American woody vines and shrubs with brilliant purple or red floral bracts”). Bougainvillea is named after the 18th century French explorer, Louis Antoine de Bougainville.

Shruthika Padhy: aiguillette (another word for aglet, which may be defined either as “the plain or ornamental tag covering the ends of a lace or point” or “any of various ornamental studs, cords, or pins worn on clothing”). Both aglet and aiguillette come to English from the French aguille, meaning “needle, pin.”

Sohum Sukhatankar: pendeloque (“a diamond or other gemstone cut in the form of a pear-shaped brilliant with a table”).

Abhijay Kodali: palama (“the webbing on the feet of aquatic birds”). The adjectival form of this word is palamate.

Christopher Serrao: cernuous (“inclining or nodding”). Cernuous is used of plants, and comes from the Latin cernuus (“with the face turned toward the earth”).

Rohan Raja: odylic: (“of or relating to odyl”). Odyl is “a force or natural power formerly held by some to reside in certain individuals and things and to underlie hypnotism and magnetism and some other phenomena.”

In less inspiring news, the existential had more attention than it usually receives outside of philosophy conferences, after a reporter for The New York Times employed the word in a manner that some found inapt.

The New York Times is under fire over a piece in which it framed a decision over whether to comply with a Congressional subpoena as an “existential question.” In the story, Times White House correspondent Maggie Haberman wrote that former White House communications director Hope Hicks “is facing an existential question: whether to comply with a congressional subpoena in the coming weeks.”
— Joe DePaolo, Mediaite, 27 May 2019

Existential has a small variety of possible meanings, including “of, relating to, or affirming existence,” “grounded in existence or the experience of existence,” and “of or relating to existentialism or existentialists.” Existentialism, for those who were asleep in class that one day in college, is “a chiefly 20th century philosophical movement embracing diverse doctrines but centering on analysis of individual existence in an unfathomable universe and the plight of the individual who must assume ultimate responsibility for acts of free will without any certain knowledge of what is right or wrong or good or bad.”

Hicks is not the only public figure dealing with a subpoena, of either the existential or the phenomenological variety; the campaign records of Andrew Gillum (from his 2018 run for governor of Florida) have likewise been subpoenaed.

Andrew Gillum is a focal point of a recently issued federal grand jury subpoena that demands information on the former Democratic candidate for governor, his campaign, his political committee, a wealthy donor, a charity he worked for and a former employer.
— Steve Contorno, Tampa Bay Times, 30 May 2019

We define subpoena as a noun (“a writ commanding a person designated in it to appear in court under a penalty for failure”) and as a verb (“to serve or summon with a writ of subpoena”). When conjugating the verb the final a is retained (subpoenaed, subpoenaing).

Freedom, a noun which is occasionally shoehorned into functioning as an adjective, was once again forced to modify another noun in a manner that it probably wasn't that excited about.

According to the Department of Energy, the next critical export from the United States is made from “molecules of U.S. Freedom.” You may wonder, what are these molecules?
The technical answer is liquefied natural gas. Or, if you are in charge of energy policy for the Trump administration, “freedom gas.”
— Emily S. Rueb, The New York Times, 29 May 2019

Freedom may be broadly defined as “the quality or state of being free” (with many additional definitions of more specificity being possible), and is occasionally used in an attributive sense (as a noun modifying another noun). Among the more common attributive uses of freedom are freedom fighter and freedom rider.

Our Antedating of the Week: 'flatulence'

For our antedating of the week we turn to gas of another sort, flatulence. Previously our earliest known use of this word had come from 1711; recent findings show that flatulence has been with us since at least 1657. Please note that in the citation below the verb discuss is being used in the now-obsolete sense of “dispel”; “discusses flatulence” means “expels gas” and not “talks about farting.”

Caraway-seed may be substituted for Cordumenum; not Cardamome, as many think, because of the affinity of the words. It mollifies, cocts, and resolves the inveterate hardness of the Liver, Spleen, Ventricle, and other parts; it laxates the tensions of the Hypochondria, and discusses flatulence.
— Jean de Renou, A medicinal dispensatory (trans. by Richard Tomlinson), 1657