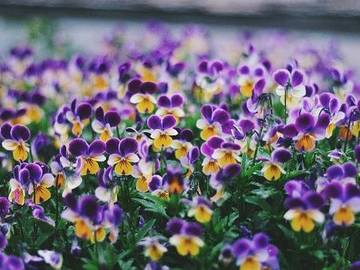 Look at the flowers. Pretty flowers.

Human capital stock was on the minds of many people last week, after a member of the Trump administration used the three words in an order that some found infelicitous.

We have an entry for capital stock (although not of the human variety), with three possible meanings: “the outstanding shares of a joint-stock company considered as an aggregate,” “the total par value or the stated value of no-par issues of authorized stock,” and “the proprietorship element in a corporation usually divided into shares and represented by transferable certificates.” This is not, however, one of those cases in which one may simply take the shorter phrase (capital stock), and by looking at the modifier (human), figure out the meaning. Human capital stock tends to not be entered in dictionaries, on the grounds that it is mainly found in the jargon of economists, but it does have a specific and distinct meaning. A nice explanation of this meaning may be found in one of the early uses of the term, from 1965:

The human capital stock of a nation consists of the capability of all its citizenry to meet its social, political, cultural and economic needs.
— Kenneth Lee Neff, Educational Planning in a National Development Context: Indonesia—A Case Study (PhD. Diss., The American University), 1965

A birder unjustifiably had the police called on him in New York City, an incident which caused a number of words (such as racism and privilege) to spike in lookups. Also looked up was scofflaw, after the birder in question used the word in a newspaper interview.

"I don't think there's an African American person in America who hasn't experienced something like this at some point," Christian Cooper, a 57-year-old science editor, told The Washington Post in an interview. "I don't shy away from confronting the scofflaw when I see it. Otherwise, the park would be unusable - not just to us birders but to anybody who enjoys the beauty.”
—Teo Armus, The Washington Post, 27 May 2020

We define scofflaw as “a contemptuous law violator,” although the word came into English with a more precise meaning; it was formed in 1924 as an entry in a contest organized by a man named Delcevare King. The point of the contest was to come up with a word for a lawless drinker, or one who ignored Prohibition. The word soon took on a more extended meaning (Prohibition ended in 1933), and may now describe many types of lawbreakers, although it is perhaps most often applied to one who fails to pay parking tickets.

Noncitizen surged in lookups as well, following reports that the New York City council had voted to henceforth use this, rather than the words alien and illegal immigrant, in future laws and documents.

Our definition of noncitizen is “a person who is not a citizen,” and we additionally note that the word is often used before another noun (as in “noncitizen student”). There are a number of people who use the word illegal as a noun, and so we provide a definition for that (“a person who enters or lives in a country without the documentation required for legal entry or residence”). There are also a number of people who find this use offensive, and so we provide a usage label for that (“sometimes disparaging + offensive”).

Joe Biden usually makes the word malarkey spike in lookups, but every once in a while he’ll send people running to the dictionary to look for something else; last week it was cavalier.

Joe Biden says he “should not have been so cavalier” after he told a prominent black radio host that African Americans who back President Donald Trump “ain’t black.”
— Bill Barrow and Kat Stafford, Associated Press (apnews.com), 23 May 2020

Cavalier is defined as “marked by or given to offhand and often disdainful dismissal of important matters.” The word may also mean other things, such as “debonair” and “of or relating to the English Cavalier poets of the mid-17th century,” but we’re pretty sure Biden meant the ‘disdainful’ sense.

Our Antedating of the Week: 'fact-check'

For our antedating of the week we are turning to fact-check (“to verify the factual accuracy of”). The word had a moment in the sun this past week after Twitter decided it would begin fact-checking President Trump’s tweets.

Fact-check is surprisingly modern; our earliest known use had previously come in 1977.