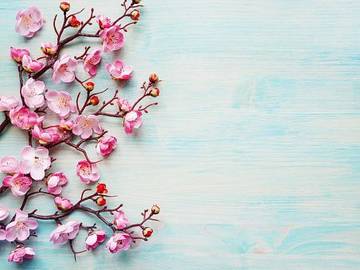 Some flowers to brighten your day.

Per capita had a very exciting week (at least what we imagine is exciting for a four century-old Latin phrase), after it spiked twice; once from Donald Trump’s unorthodox use of it, and once after it was repeatedly (and orthodoxically) used to describe the recent death toll in Sweden.

Per capita, which comes from Medieval Latin (in which it meant “by heads”), may mean either “per unit of population” or “equally to each individual.”

Morbid and obese also were among our top lookups last week, after Nancy Pelosi described President Trump as morbidly obese.

Asked on Monday night by CNN about Mr Trump's remarks, Mrs Pelosi said she would "rather he [Mr. Trump] not be taking something that has not been approved by the scientists.” "Especially in his age group, and in his, shall we say, weight group, morbidly obese, they say," the US House of Representatives speaker said.
— BBC News (bbc.com), 20 May 2020

Pelosi used morbidly, the adverb form of morbid, which we define as “of, relating to, or characteristic of disease,” “affected with or induced by disease,” or “productive of disease.” Our definition of obese is quite a bit semantically narrower: “having excessive body fat.” We do not provide any clinical definition for what is obese, or morbidly obese, on the grounds that criteria vary considerably on this matter, and it’s none of our business. We have recently added fat-shaming to our dictionary, defined as “the act or practice of subjecting someone perceived as fat or overweight to criticism or mockery.”

Also trending from Pelosi’s comments was confabulate, after she referred to Trump as a confabulator.

Pelosi said doctors have previously asked her “what’s the matter with him?” “Look up the word 'confabulator,'" Pelosi said. "He just really doesn't even know what the truth is."
— Miriam Khan, ABC News (abcnews.go.com), 20 May 2020

We have three possible meanings of confabulate: “to talk informally,” “to hold a discussion,” “to fill in gaps in memory by fabrication.” A confabulator is one who engages in any of these three actions.

The peculiar distinction of the Fables—a selection of which Mr. Anderson has undertaken to translate, or occasionally perhaps to imitate—consists in their being limited to the illustration of literary morals: their merits lie in “a lively and spirited style,” and, as it seems to us, in a nice exhibition of the natural character of the animals introduced as confabulators.
— The Spectator (London, Eng.), 11 Apr. 1835

Also much in the news this week was hydroxychloroquine (another word we recently added to our dictionary), which has the racy definition of “a drug derived from quinolone that is taken orally in the form of its sulfate C18H26ClN3O·H2SO4 to treat malaria, rheumatoid arthritis, and lupus erythematosus.”

As President Trump has promoted hydroxychloroquine as a treatment for the coronavirus and claimed to be taking it himself, he has continued to make inaccurate or incomplete statements about the drug.
— Linda Qiu, The New York Times, 21 May 2020

We don’t offer any information on dosages or applicability in our definition for hydroxychloroquine, as we are not medical professionals. However, we are fairly comfortable adding here the non-lexical information that it is not a good idea to self-medicate with unproven treatments.

Our Antedating of the Week: 'inadequate'

Our antedating of the week is inadequate (“not enough or good enough”), as it feels like we’re probably going to be seeing a lot more of this word in the coming weeks and months. Our earliest known use had previously come in 1671; recent findings show that we’d all been inadequate well before then (since at least 1640).

So you, as you are wont: for you are not ignorant that this division is inadequate, since beside the Pope alone without a Councell, and a Councell alone without the Pope, there is a third member, which is the Pope together with a Councell, whose judgment in matters of fayth all Catholikes hold to be infallible.
—John Price, Anti-Mortonus or An apology in defence of the Church of Rome, 1640