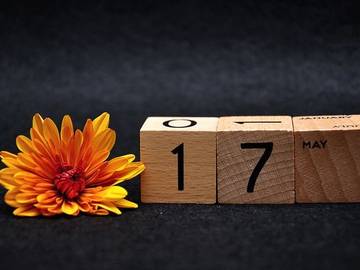 Featuring words from Westeros, the circus, and ancient Greece.

Perhaps the cheeriest word of note this past week (and this tells you a bit about what sort of week it was) was penultimate, defined as “next to the last.” The word was primarily used on Monday, in articles about the episode of the HBO show Game of Thrones, which the previous night had aired its penultimate episode.

The penultimate episode of “Game of Thrones,” titled “The Bells,” has posted the highest ratings in series history.
— Will Thorne, Variety (variety.com), 14 May, 2019

Reports the Bill de Blasio, mayor of New York City, was planning to enter into the already crowded field of candidates for the Democratic presidential nomination caused clown car to appear in more newspaper articles than it does in an average week.

Clown car has a literal meaning (“a small car used in a circus act during which an implausibly large number of clowns emerge from the car for humorous effect”) and a figurative one (“often used figuratively in reference to a thing or situation that seems surprisingly overcrowded or too full”). The literal one sees more use when a circus is in town, and the figurative one comes up more often when elections are far enough away that political candidates are still convinced that they have a chance at winning a nomination. The response to De Blasio’s announcement appeared to have caused an uptick in uses of Bronx cheer.

Hagiography had occasional spikes in lookups over the past week, following news coverage of Trump’s pardon of Conrad Black.

Trump pardoned billionaire Conrad Black, who a year ago published a book called “Donald J. Trump: A president like no other.” The book is more hagiography than biography. It defends Trump against charges that he is a racist, stating flatly that he is not.
— Aaron Blake, The Washington Post, 16 May 2019

Hagiography came into English in the early 19th century, initially with the meaning of “biography of saints or venerated persons”; the word comes from the Greek word hagio-, meaning “saintly” or “holy.” In current use, the word is more often found used in a figurative sense, which is “an idealizing or idolizing biography.”

Given that a considerable amount of the recent news coverage makes mention of a 46 year old court case (occasionally without providing explanation of this case), we are reprinting, without comment, the definition for Roe v. Wade from our Legal Dictionary.

410 U.S. 113 (1973), established a woman's right to have an abortion without undue restrictive interference from the government. The Court held that a woman's right to decide for herself to bring or not bring a pregnancy to term is guaranteed under the Fourteenth Amendment. A Texas law prohibiting abortions had been challenged by an unmarried pregnant woman (Roe) and the court ruled in her favor, finding that the state had violated her right to privacy. In attempting to balance the state's rights against the rights of the individual, Justice Harry A. Blackmun held that the state's legitimate interest in protecting potential life increased as the pregnancy advanced. While allowing that the state may forbid abortions during the third trimester, Blackmun wrote that a woman is entitled to obtain an abortion freely, after consultation with a doctor, in the first trimester and in an authorized clinic in the second trimester.

Our Antedating of the Week: draconian

For our antedating of the week we are looking at draconian, as this word has been much in the news of late, used often in reference to the proposed laws (or punishments associated with such laws) in regulating abortion.

The bill, now on the Republican governor’s desk, goes further than even the draconian “heartbeat bills” other states have passed, prohibiting the abortion at every stage of pregnancy and criminalizing the procedure for doctors.
— Eric Lutz, Vanity Fair, 15 May 2019

Draconian comes from Draco, the name of a 7th-century B.C. Athenian legislator who created a written code of law. Draco's code was intended to clarify preexistent laws, but its severity is what made it really memorable (even minor offenses were punishable by death, and failure to pay one's debts could result in slavery). The word, as a result, became associated with things cruel or harsh, and today the word is used in a wide variety of ways, both legal and not. Our earliest use of this word had previously been 1775; we now have evidence of use from 1703:

The modern Pamphlets beat too many of ‘em, and too much, in that draconian Way, and they who are still so impudent (by reprinting at least) to justifie the death of the Martyr, do as it were hold up the bloody Ax for a Terror, and cannot long (without some extraordinary Celestial Check and Tuition) retain their cloaked pretences of Love and Loyalty to another sacred Head.
— Michel Humfrey, Duplex in Carolo-Cidas querela, 1703