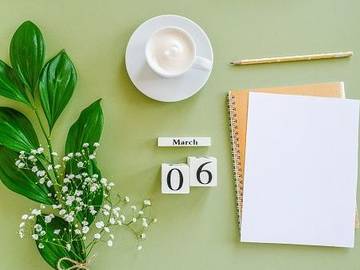 It's never a bad idea to wash your hands before reading.

Ongoing coverage of the coronavirus has caused many people to become acquainted with a novel form of the word novel; the adjectival sense meaning “new and not resembling something formerly known or used.”

The spread of the novel coronavirus causing COVID-19 is slowing down in mainland China, while it is picking up elsewhere.
— Live Science (livescience.com), 5 Mar. 2020

Although this adjective and the noun form of novel (“an invented prose narrative”) are related, their origins are somewhat distinct. The noun comes from the earlier word nouelle (“a short prose narrative”), which is borrowed from the Italian novella (a word for a collection of tales of varying length). The adjective came to English from the Anglo-French and Old French novel, meaning “new.”

Hoax was much in the news this past week, after President Trump claimed that the Democrats were engaging in one of these, in their efforts to address the coronavirus.

President Trump says that Democrats are using the virulent coronavirus as a “hoax” to damage him and his administration.
— CNBC (cnbc.com), 29 Feb. 2020

Hoax functions as both noun and verb. As a noun it may mean “an act intended to trick or dupe” or “something accepted or established by fraud or fabrication.” As a verb it carries the meaning of “to trick into believing or accepting as genuine something false and often preposterous.” The verb appears to have come first, appearing in print in the late 18th century. All of our earliest citations come from the theater, an indication that hoax likely originated in colloquial, rather than written, use.

Badger. Chibo Io! Come along, my Lord! Hiddo! Hoax him there!
— ’squire Badger. Burletta, in two parts. As it is performed at the Theatre Royal in the Haymarket, 1772

Sir Charles Curricle. To see a lawyer thus hoaxed, and running the gauntlet, is no bad fun.
— Hervey Redmond Morres, The Prodigal: or, marriage a-la-mode, 1794

Clem. Oh charming! Hail, connubial love! Oh, here comes Mr. Caustic.
Dash. Then you shall see me hoax him.
-Clem_. Oh no. It is he that has the disposal of my aunt’s fortune.
— Thomas Morton, The way to get married; a comedy, in five acts, as performed at the Theatre-Royal, Covent-Garden, 1796

By the beginning of the 19th century hoax had engaged in functional shift, and was being used as a noun.

We were promised Roast Beef with an archness that seemed to hint the gratification it would afford us; however it was only the hoax of our lively female-waiter, as none came.
— The Monthly Visitor (London, Eng.), Jan. 1803

Walkout stepped into the news at the end of the week, after some 75 employees of Hachette decided to engage in this action, as a means of protesting the company’s decision to publish a book by Woody Allen.

Now, The Daily Beast reports Hachette employees walked out of the company's U.S. offices on Thursday in protest of the Allen memoir, with Little, Brown and Company staffers reportedly circulating a memo saying that employees "stand with Ronan and Dylan Farrow and survivors of sexual assault." Employees from multiple Hachette imprints participated in the walkout, according to The Hollywood Reporter.
— Brendan Morrow, The Week (theweek.com), 5 Mar. 2020

As a noun walkout may carry the meaning of either “a work stoppage by a body of workers to enforce compliance with demands made on an employer” or “the action of leaving a meeting or organization as an expression of disapproval.” The word came into use in the late 19th century.

A Short Appreciation of Bailey Warren

Elizabeth Warren last week announced that she was ending her presidential campaign and the word misogyny spiked in lookups soon after. Warren’s dog Bailey also attracted considerable attention after the announcement, when he triumphantly stole, and quickly ate, some unfortunate’s burrito.

While Sen. Elizabeth Warren announced she would suspend her presidential campaign, her dog, Bailey, chose to continue the fight and swiped a burrito at her campaign office. https://t.co/xSg7GUpTty pic.twitter.com/gVRfvBry4s

A precise nomenclature of all the ways in which a dog might eat a burrito would be impossible; one might as well attempt to come up with exact words for every memory one has of a summer’s evening. However, there are certain verbs which seem applicable for most dogs, when meeting most burritos: ingurgitate (“to swallow greedily or in large quantities”), gormandize (“to eat gluttonously or ravenously”), and snarf and scoff (both of which mean “to eat something greedily”). Perhaps the most appropriate canine food-verb we have come across is now, sadly, quite obsolete, and only will be found in dictionaries which do not deal with current English use: groak, which was defined by P. W. Joyce in 1910 as “to look on silently—like a dog—at people while they are eating, hoping to be asked to eat a bit.”

Our Antedating of the Week: 'chowderhead'

Our antedating of the week is chowderhead (“dolt, blockhead”), since spending time thinking about dialectal insults of yore is always time well spent. Our previous earliest known use had come in 1833; recent findings show that it was being bandied about a number of years prior, first as the name of a (probably) fictional character, and later as a general descriptor.

This saying sets the world a gadding—girls and boys, old women and all, for the New Store—Timothy Chowderhead, who is too lazy to hoe corn, goes to New-York, and gets a hogshead of rum, a few fans, gauzes, buttons, buckles, tapes, ribbons, &c. &c. on a credit for six months.
— Connecticut Courant (Hartford, CT), 12 Aug. 1793

Half way home he met his father upon old Bob: he was belabouring his sides with might and main, hoping to get to the mill in time to save his beans, for he had discovered Joe’s blunder on going out to plant. “Oh Joe, Joe, you chowderhead, you blundering numskull! you’ve carried the beans to mill!”
— Maryland Gazette (Annapolis, MD), 12 Nov. 1829