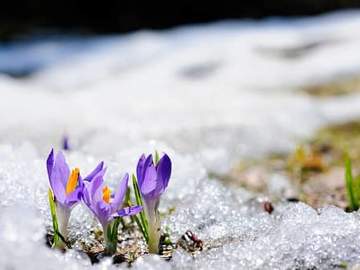 It's warming up out there.

A recent decision by Dr. Seuss Enterprises, the company overseeing the publication and sales of books written by Theodor Geisel (AKA Dr. Seuss), to cease publication of six of that author’s works led to words such as cancel and Seussian increasing in lookups.

Two things happened to me on Tuesday morning, within a few minutes of each other. First, I saw on the news and social media that “Dr. Seuss has been canceled.” Then, on my third-grade son’s virtual schooling, the teacher informed the class that it was Dr. Seuss’ birthday, and that the kids would all be writing letters that day celebrating what Dr. Seuss’ work had meant to them.
— Stephen Silver, The Philadelphia Inquirer, 3 Mar. 2021

And Dr. Seuss’s interest in racial caricatures influences some of the rest of his work in ways that are no longer visible to casual readers — especially when it comes to the Cat in the Hat, that icon of Seussian madcap humor and surrealism.
— Constance Grady, Vox, 3 Mar. 2021

The sense of cancel that is relevant here is a recent one; we define it as “to withdraw one's support for (someone, such as a celebrity, or something, such as a company) publicly and especially on social media.” This use of cancel is often found in the company of cancel culture, defined as “the practice or tendency of engaging in mass canceling as a way of expressing disapproval and exerting social pressure.”

Seussian is defined as “of, relating to, or suggestive of the works of Dr. Seuss (Theodor Geisel).” The word is especially used in the manner of “having a playfully inventive or outlandish quality typical or reminiscent of the words and images found in children's stories like The Cat in the Hat and How the Grinch Stole Christmas” (neither of these titles are among the six which will no longer be published by Dr. Seuss Enterprises). Seussian has been in use since at least 1935, when it appeared in an article in The New York Times, entitled ‘Giant Armadillo Arrives for Zoo.’

Today it will be taken up to the Bronx to add to the gayety of the small deer-house, already inhabited by the Seussian aard-vark, the giant anteater and the Australian wombat, to mention only a few nightmares.
— The New York Times, 1 Jun. 1935

Congressional testimony by Christopher Wray, Director of the FBI, draw attention to a trio of words, metastasize, domestic, and millitia.

While a handful of Republican lawmakers sought to draw attention to left-wing extremists and other threats, Wray was clear that the evidence around the Jan. 6 attack shows a connection to right-wing extremism, particularly militia groups.
— Brian Naylor & Ryan Lucas, NPR, 2 Mar. 2021

Metastasize is “to spread or grow by or as if by metastasis.” The final word of that definition may itself mean “change of position, state, or form” or “the spread of a disease-producing agency (such as cancer cells) from the initial or primary site of disease to another part of the body.” Metastasize can be traced to the Greek methistanai, meaning “to change.”

Militia has had a large number of meanings over the past few centuries; the earliest sense of the word (in use since the middle of the 17th century) is “a body of citizens organized for military service.” Among the most recent senses of militia, and the one likely intended by Wray, is “a private group of armed individuals that operates as a paramilitary force and is typically motivated by a political or religious ideology.” In this latter use the word is specifically used in the sense “such a group that aims to defend individual rights against government authority that is perceived as oppressive.”

Domestic, which comes from the Latin domus (“house”) likewise has a certain semantic spread between its earliest meaning and the one employed earlier this week by Wray. When the word came into English in the 15th century it initially meant “living near or about the habitations of humans.” The sense that is relevant above is “of, relating to, or originating within a country and especially one's own country.”

Harassment (and harass) comes from the Middle French harer (“to set a dog on”), which is from the Old French hare (an interjection used to incite dogs). We define harassment as either “the act or an instance of harassing” or “the condition of being harassed.” Harass it today often used in the senses of “to annoy persistently” or “to create an unpleasant or hostile situation for especially by uninvited and unwelcome verbal or physical conduct.” When the word came into English in the beginning of the 17th century it had the meaning of “exhaust, fatigue” (as evidenced by the following citation from a Francis Bacon work which I think we can all agree has a very snappy title).

By which iourney her Maiesties forces which were to be preserued intire both in vigor and number for the great prosecution, were harased and tyred with long marches together, and the Northerne prosecution was indeede quite dashed and made impossible.
— Francis Bacon, A declaration of the practises & treasons attempted and committed by Robert late Earle of Essex and his complices, 1601

Our Antedating of the Week: ’metastasize’

Our antedating of the week is the aforementioned metastasize. Our earliest known use had been in 1907, but recent findings show that things have been metastasizing since at least the 1870s.

I came to the conclusion that the disease had metastasized, and had selected this location as being the most favorable one to run its course.
— W.W. Day, United States Medical Investigator, 15 May 1879