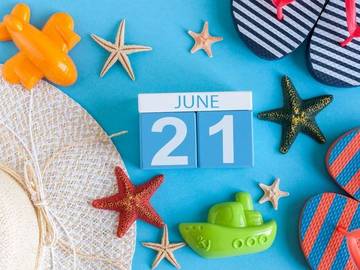 Stick around till the end for a fun treat.

Expo was a word on the move this week, courtesy of news reports that a major league baseball team from one city was interested in possibly playing their home games in two cities.

The return of baseball to Montreal, which lost the Expos when they moved to Washington and became the Nationals before the 2005 season, has long been speculated and has significant support among power brokers in the city, including Stephen Bronfman, the private-equity magnate whose father, Charles, was the Expos' original owner.— Jeff Passan, ESPN (espn.com), 20 Jun. 2019

The team in question is the Tampa Bay Rays, who have asked for (and received) permission to look into splitting their home base, as it were, between Tampa Bay and Montreal. The latter city has been bereft of a major league baseball team since 2004 and the departure of the … you guessed it … Expos. The Montreal Expos are likely the only major league team to have the World’s Fair in their etymology, as they are said to have been named after the 1967 iteration of this (which in this case was called the International and Universal Exposition or Expo 67), which was held in Montreal two years prior to the start of the team.

Another word from the world of sports thrust recently into the news was unsalvageable, after reports that this word could be applied to the professional relationship between two noteworthy basketball players.

Unsalvageable (and salvage) may be traced to the French salver, meaning “to save.” The word has been in use since the early 20th century.

Segregationist (“a person who believes in or practices segregation especially of races”) was one of two words which appeared to have been drawn to the spotlight through the statements of former Vice President Joe Biden.

Joe Biden refused calls to apologize Wednesday for saying that the Senate “got things done” with “civility” even when the body included segregationists with whom he disagreed.— Bill Barrow and Elana Schor, AP (apnews.com), 20 Jun. 2019

Segregationist (which is also occasionally found as [segregationalist]), has been in use since the middle of the 19th century. In the first several decades of use it appears to have been used independent of race.

Noah was a segregationist—he built an ark and set apart his own family that he might save himself and them from a drowning world.— Santa Cruz Weekly Sentinel (Santa Cruz, CA), 9 Nov. 1867

”Both races will be segregated,” is the magnificent banner that segregationists sanctimoniously wave. But they raise their flag over a whited sepulchre and within the walls of that tomb whitewashed with phrases, banquets, death—death to the spirit of liberty.— MinnieT. Shores, St. Louis Post-Dispatch, 5 Dec. 1915

After the news reports about Biden’s comments (and the subsequent unhappy feelings these comments brought about in numerous other Democrats) conciliatory began to be looked up considerably more than it usually is.

Mr. Biden made the call after Mr. Booker spent 20 minutes on CNN lambasting his remarks, according to two people familiar with the call. While the tone between the men was conciliatory, the former vice president stood by his remarks Thursday while his allies defended them.— Lisa Lerer and Reid J. Epstein, The New York Times, 20 Jun. 2019

Conciliatory, which comes from the Latin conciliare (“to bring together, unite, gain”) is defined as “intended to gain goodwill or favor or to reduce hostility.” If Mr. Biden continues to cause this many words to spike in lookups we are going to send him a fruit basket, or a bottle of something nice.

Reparation was in the news a good amount this past week, following congressional hearings on the possibility of these being part of an upcoming national conversation.

On Wednesday, the House Judiciary Committee’s Subcommittee on the Constitution, Civil Rights and Civil Liberties held a hearing about H.R. 40, a proposal from Rep. Sheila Jackson Lee (D-Texas) that would authorize a national apology and study reparations for slavery and racial discrimination against black people in America.— Michael Harriot, The Root (theroot.com), 20 Jun. 2019

We have a number of definitions for reparation; the oldest, in use since the 14th century, is “a repairing or keeping in repair." The word is often found used in the sense of  “the payment of damages,” with a specific meaning of  “compensation in money or in materials (as commodities or capital equipment) payable by a defeated nation as war indemnity for direct damages to or expenditures sustained by another nation as a result of hostilities with the defeated nation.” Additional meanings include “something done or given as amends or satisfaction” and “the act of making amends, offering expiation, or giving satisfaction for a wrong or injury.”

Our Antedating of the Week: 'big stick'

For our antedating of the week we are looking at big stick (“threat especially of military or political intervention”) because of this dog:

Our earliest record for big stick had previously come in 1893; recent findings show that it has been in use since at least three year prior to that.

Congressman Enloe, of Jackson, Tenn., district is after Tom Reed’s pension committee with a big stick and he will play smash with Ransom’s little “pension shop” ere he gets through.— The Camden Chronicle (Camden, TN), 8 Aug. 1890