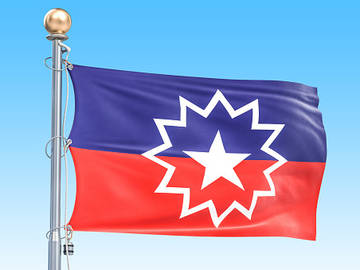 Many people turned to the dictionary this week in search of the definition of classified, after President Trump stated that this word could be applied to his conversations.

"If he wrote a book, I can't imagine that he can because that's highly classified information," the president told reporters. "Conversations with me, they're highly classified. I told that to the attorney general before.”
— John T Bennett, The Independent (London, Eng.), 16 Jun. 2020

Trump is certainly correct insofar as our first sense of classified is concerned, as conversations may indeed be “divided into classes or placed in a class." This sense dates from the late 18th century; the more recent sense, “withheld from general circulation for reasons of national security,” does not appear to be widely viewed as applicable to all conversations.

Trump also had a hand in increased lookups of Juneteenth (“June 19 celebrated especially in Texas to commemorate the belated announcement there of the Emancipation Proclamation in 1865”), after claiming that he was responsible for making people aware of this holiday.

President Donald Trump is seeking to take credit for making Juneteenth -- a day commemorating the end of slavery in the United States -- "very famous," after rescheduling his first rally since the start of the pandemic to avoid further criticism for seeming to co-opt it. Trump told The Wall Street Journal that "nobody had ever heard of" the holiday before he brought it up.
—Maegan Vazquez, CNN (cnn.com), 18 Jun. 2020

People have heard of Juneteenth; our lookups for this word spike every year. There is considerable citational evidence (going back to the late 19th century) of the word not only being used, but being used in reference to large-scale celebrations, some with thousands of attendants (all of whom, presumably, had heard of Juneteenth).

Known throughout the southland as “Juneteenth,” as dear to the negro’s heart as water to a duck, yesterday, Saturday, June 19, passed off the calendar with the entire negro population of Austin and Travis county celebrating near this city.
— The Austin Statesman, 20 Jun. 1909

June 19th, or, as it is humorously referred to, “Juneteenth,” is the day the news of the emancipation proclamation reached Texas, so annually the day is celebrated much as we do Fourth of July.
— Chicago Defender, 3 Jul. 1915

Thousands of Austin and Central Texas negroes will celebrate “Juneteenth” or Emancipation Day Monday in a mammoth observance at Rosewood park starting at 6 a.m. and continuing until 1 a.m. Tuesday.
— The Austin American (Austin, TX), 18 Jun. 1944

Originalism and originalist also received considerable attention this week, after both were prominently featured in much of the coverage of a recent Supreme Court ruling.

How could an avowedly originalist court -- one committed to interpreting laws according to the "original public meaning" of the text -- arrive at such a progressive, even revolutionary result?
Originalism is widely considered to be a doctrine that opposes evolution in the law, insisting that statutes and the Constitution are fixed and immutable, frozen at the time the laws were written.
— Harry Litman, The Los Angeles Times, 18 Jun. 2020

We define originalism as “a legal philosophy that the words in documents and especially the U.S. Constitution should be interpreted as they were understood at the time they were written.” The word is labeled as US law, as this is the context in which the word, as we define it, is typically found. This use of originalism dates from the beginning of the 1980s.

By “originalism” I mean the familiar approach to constitutional adjudication that accords binding authority to the text of the Constitution or the intentions of its adopters … John Ely uses the term “interpretivism” to describe essentially the same concept … At the cost of proliferating neologisms I have decided to stick with “originalism.”
— Paul Brest, Boston University Law Review, 1980

Both originalism and originalist may be found prior to this time, but only in occasional use, and without a distinct and consistent meaning.

At his birth man was met by the first sacrament of baptism, whereby the portion of ‘originalism,’ or actual guiltiness which he had brought into the world with him, was removed.
— The American Catholic Quarterly Review, Oct. 1904

Nor is it altogether improbable, for she is a violent phrenologist; nay more, an originalist in the science, having followed out its rules before she ever heard of its doctrines.
— The Monthly Review (London, Eng.), Aug. 1834

The ruling also caused a spike in lookups for arbitrary, after Chief Justice John Roberts used it (along with capricious) in his ruling on the case. Arbitrary is most often found in the wild in the sense “existing or coming about seemingly at random or by chance or as a capricious and unreasonable act of will.” It also has a legal use (“depending on individual discretion (as of a judge) and not fixed by law”), and the phrase "arbitrary and capricious" is likewise used in legal language, especially in administrative law, for a standard of review.

Our Antedating of the Week: 'choke hold'

Our antedating of the week is choke hold. Our earliest known use of this word had previously been from 1964; recent findings show that it has been in use since at least 1886.

After considerable bandying of words the big fellow said that although he had learned to wrestle with the “choke-hold” with the most expert athletes in the country, he was willing to bar it during the rest of the bout.
— The Rocky Mountain News (Denver, CO), 1 Feb. 1886