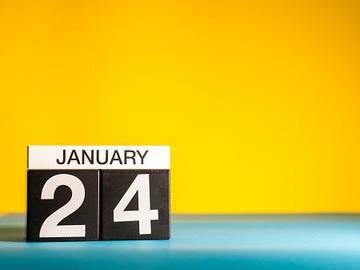 This week has a special cameo from a 7th century B.C. Athenian.

Both archive and doctor both received considerable attention last week, after the the National Archives were found to have doctored a photo of a women’s march.

But signs critical of the president that appeared in the photo — including one that said “God Hates Trump” — were doctored to blur out Mr. Trump’s name, according to The Washington Post, which first reported on the alterations.
—Maria Cramer, The New York Times, 18 Jan. 2020

The sense of archive employed here is “a place in which public records or historical materials (such as documents) are preserved.” It came into English in the 16th century, from French and Latin, and may be traced back to the Greek archē, meaning  “rule, government.”

Finally in suche places as the goodes woulde not reache to foster the poore, many citirens béeing admonished, intreated, & persuaded by the Ministers of the churches, haue bequeathed something by their testaments, many also haue assigned rentes, and yerely pensions, out of their landes, gardens, or houses, as is to bée séene in the writinges, Instrumentes, and Euidence, which are kepte for the same purpose in the Archiues and Treasuries of the sayde Churches and almes houses.
— Andreas Hyperius (trans. by H. T.), The regiment of the pouertie, 1572

Doctor has been in use as a noun since the 14th century, and as a verb since the 18th. The earliest verb use of doctor was “to give medical treatment to,” but the word has also been used with the meanings “to adapt or modify for a desired end” and “to alter deceptively” since the 1720s. Among the first things to be so doctored were alcoholic drinks.

Sir, I say that when I drink a Cup of Beer, or Ale, of my own Brewing, I know the Ingredients, and Innocence of the Composition, and therefore drink with Safety and Pleasure; but when I drink Wine, I know not what Mixtures and Adulterations it has pass’d thro’, what Tricks has been play’d with it by Coopers, and Vintners, nay more, how it has been Sophisticated abroad; for it seems of late, that they have learn’d the Art of doctoring their own Wines, so that we may have it imported here, yet adulterated there; in that Cafe Men know not what they Drink.
– Saynought Slyboots, The tavern scuffle, 1726

The word photograph did not exist until the 1830s, and so we did not speak of doctoring them in the 18th century. However, by the end of the 19th century the alteration of such images was sufficiently common that they were commonly referred to as being doctored.

I replied that he had sold a “doctored” photograph for an original drawing, and requested him to tell Mr. Stebbins I said this, so the matter might be investigated while there was yet time to do justice to the buyer.
— The Art Amateur (New York, NY), Mar. 1889

The coronavirus was on the minds of many, a preoccupation reflected in the virus being among our top lookups last week.

Much is still unknown about the Wuhan coronavirus outbreak and health officials are urging vigilance. That means travelers crisscrossing the globe should be aware of the virus, steer clear of heavily impacted areas and exercise some of the same kinds of preventive measures they'd use to avoid influenza and other illnesses.
— Marnie Hunter, CNN (cnn.com), 23 Jan. 2020

We define coronavirus as “any of a family (Coronaviridae) of single-stranded RNA viruses that have a lipid envelope studded with club-shaped projections, infect birds and many mammals including humans, and include the causative agents of MERS and SARS.” The word was coined in 1968, by a group of virologists writing in the journal Nature; they noted that the virus had an appearance similar to that of a solar corona (“a usually colored circle often seen around and close to a luminous body (such as the sun or moon) caused by diffraction produced by suspended droplets or occasionally particles of dust”).

The name of a 7th century B.C. Athenian lawgiver was part of the conversation among a group of 21st century A.D. lawmakers last week, as a senator from New Mexico used the word draconian.

Sen. Martin Heinrich (D-N.M.) on Tuesday blasted “draconian” restrictions on the press during the Senate’s impeachment trial of President Trump. “Preventing credentialed reporters from moving freely around the Capitol and confining them to roped-off areas limits their ability to interview lawmakers about the impeachment proceedings. These restrictions are antithetical to a free press, good governance, and the ability of the public to be fully informed about what we as elected leaders do in their name,” Henrich wrote in a letter to Senate Sergeant-at-Arms Michael Stenger.
— Zack Budryk, The Hill (thehill.com), 21 Jan. 2020

When used in a legal context draconian means “of, relating to, or characteristic of Draco or the severe code of laws held to have been framed by him”; in a broader sense the word may also mean “cruel” or “severe.” Draco created a written code of law in the 7th century B.C., in an attempt to clarify existing laws. Draco’s revision contained a number of penalties of such severity (with minor offenses punished with death) that his name ended up becoming associated with cruelty and legal severity.

Our Antedating of the Week: 'sleazebag'

For our antedating of the week we are looking at the word sleazebag, because everyone loves a sleazebag … or maybe it was because the President of the United States used the word last week.

President Donald Trump called House impeachment manager Jerry Nadler “a sleazebag” on Wednesday, hours before he and fellow Democrats were to begin laying out their case in the Senate for Trump’s conviction and removal from office.
— Kevin Breuninger, CNBC (cnbc.com), 22 Jan. 2020

A sleazebag is defined as “a sleazy person,” with this sense of sleazy meaning “marked by low character or quality” (sleazy can also mean “lacking firmness of texture” and “shoddy”). Our previous earliest record of use had come in the early 1980s, but recent findings show it in use in print several years prior.

It’s up to you to set your own community standards. If you don’t have the guts to stand up, then the sleazebags will set the standards for you.
— Charles Reese, The Orlando Sentinel (Orlando, FL), 26 Aug. 1977