A situation in a football game between the Cleveland Browns and the Kansas City Chiefs last weekend caused an uncountable multitude to pause their football viewing and turn to the dictionary, in the hopes of finding out the precise meaning of the word touchback.

The ball bounced into the end zone and caromed out of bounds. By rule, that’s a touchback.
— Dan Gartland, Sports Illustrated, 18 Jan. 2021

We define touchback as “a situation in football in which the ball is down behind the goal line after a kick or intercepted forward pass after which it is put in play by the team defending the goal on its own 20-yard line.” Touchback is not to be confused with safety, which is yet another football situation (“a situation in football in which a member of the offensive team is tackled behind its own goal line that counts two points for the defensive team”). It is our understanding that there may be many types of situations in football games. 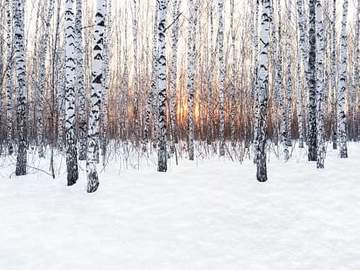 It was quite a week for words. (But then again, which week isn't?)

Poet laureate was among our most searched words during the inauguration, following widespread acclaim for Amanda Gorman’s reading of her poem The Hill We Climb.

Under a decade ago, Amanda Gorman was still a teenage student in Los Angeles, spending her days devouring the works of Toni Morrison and furiously scribbling in her journals with the dream of one day becoming a writer. After submitting her poems to local competitions, she was named the Youth Poet Laureate of Los Angeles in 2014, becoming the first National Youth Poet Laureate three years later.
— Liam Hess, Vogue, 20 Jan 2021

Laureate may mean “of, relating to, or resembling laurel,” a sense that is now archaic. In modern use the word typically means “the recipient of honor or recognition for achievement in an art or science” (as in a Nobel laureate). Poet laureate has distinct meanings of its own, such as “a poet honored for achievement,” “a poet appointed annually by the U.S. Library of Congress as a consultant and typically involved in the promotion of poetry,” or “one regarded by a country or region as its most eminent or representative poet.”

There were a number of words used in reference to the transition from one presidential administration to the next. Pariah was among those that appeared to be particularly favored by headline writers.

The first recorded sense of pariah in English use was “a member of a low caste of southern India.” The sense of the word that is, presumably, intended in recent headlines is “one that is despised or rejected; an outcast.” Pariah has been in use in English since the early 17th century, and comes from the Tamil paṟaiyan, a word which has the literal meaning of “drummer.”

Multiculturalism “is not who America is,” Secretary of State Mike Pompeo said on his last full day at the State Department, a curious message from a diplomat whose own ancestors were immigrants from Italy, and one that ran counter to the United States’ long-held pride in being a melting pot of cultures.
— Lara Jakes, The New York Times, 19 Jan. 2021

We define multiculturalism as “cultural pluralism or diversity (as within a society, an organization, or an educational institution); a multicultural social state or a doctrine or policy that promotes or advocates such a state.” Although our country has been multicultural for a number of centuries the words multicultural and multiculturalism do not appear in print until the middle of the 20th century.

Donald Trump availed himself of the power of his presidency to both pardon and commute the sentences of a number of federal prisoners.

Although both are considered acts of clemency, pardon and commute differ in meaning. Pardon, as a verb, may be defined as “to absolve from the consequences of a fault or the punishment of crime : free from penalty”; as a noun it has legal uses such as “a release from the legal penalties of an offense” and “an official warrant of remission of penalty as an act of clemency.” To commute a sentence, in legal use commute means “to change (a penalty) to one less severe especially out of clemency”; when used as a noun (“a change of a legal penalty or punishment to a lesser one”) the word is commutation.

Our Antedating of the Week: ’Orwellian’

Our antedating of the week is Orwellian, a word that recently has been subjected to a certain degree of forced semantic drift. We define the word as “of, relating to, or suggestive of George Orwell or his writings; especially, relating to or suggestive of the dystopian reality depicted in the novel 1984.” Our record of earliest known use had been 1950, but recent findings show that we’ve been referring to things in this manner since at least the middle of the 1940s.

The critical section includes a survey of the London Theatre between 1918 and 1945 by Stephen Potter, and an Orwellian account by John Hampson of “underworld” literature.
— Naomi Lewis, New Statesman and Nation (London, Eng.), 27 Jul. 1946

It is difficult to see a solution without being plunged into an Orwellian gloom.
— Peter Ustinov, Sight and Sound (London, Eng.), Fall 1949