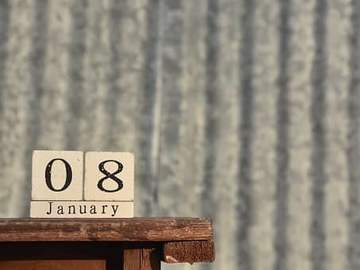 For best results, pair this article with a warm drink.

Risible, a little-used synonym of laughable, was featured in a number of articles after U.S. District Judge James Boasberg employed the word in a ruling on a lawsuit that sought to undo the certification of Joe Biden’s victory in Wisconsin.

“In addition to being filed on behalf of plaintiffs without standing and (at least as to the state defendants) in the wrong court and with no effort to even serve their adversaries, the suit rests on a fundamental and obvious misreading of the Constitution,” Boasberg wrote. “It would be risible were its target not so grave: the undermining of a democratic election for president of the United States.”
— Debra Cassens Weiss, ABA Journal, 6 Jan. 2021

Risible comes from the Latin risus, which is the past participle of ridēre (“to laugh”). In addition to “laughable,” risible may mean “capable of laughing,” “disposed to laugh,” and “associated with, relating to, or used in laughter.” Ridēre also is the root of ridiculous and deride.

The event driving most of the news of the week occurred on January 6th, as a mob of Trump supporters stormed the Capitol, forcing lawmakers to flee, and resulting in a number of deaths.

Foment made numerous appearance in headlines and news articles following the riot.

Putsch (“a secretly plotted and suddenly executed attempt to overthrow a government”) also was high in lookups, as people searched for historical precedents and synonyms for coup.

The president calling for an authoritarian putsch in front of throngs of fervid supporters, including QAnon conspiracy theorists and members of the Proud Boys militia seems bad enough.
— Zach Beauchamp, Vox, 6 Jan. 2021

Putsch came to English from German (Swiss dialect), in which it means “thrust.” The word was adopted into English in 1919, and brought into wide use by a pair of putsches in the 1920s: the Kapp Putsch of 1920 (an attempt by Wolfgang Kapp to overthrow the Weimar Republic), and the Beer Hall Putsch (an attempt by Adolph Hitler to start an insurrection against the same Weimar Republic).

Insurrection (“an act or instance of revolting against civil authority or an established government”) was among our top lookups on January 6th; also spiking in lookups was insurrectionist (“a favorer of or participant in insurrection; an insurgent”).

Earlier in the day, just west of the Washington Monument, a group of insurrectionists turned on another reporter—I was not able to figure out the identity of my masked compatriot—chanting the word guillotine (“Make guillotines great again” was one rally-poster theme).
— Jeffrey Goldberg, The Atlantic, 6 Jan. 2021

Insurrectionist is a considerably more recent addition to our language than its root. Insurrection has been in use since the 15th century, while insurrectionist does not appear until the beginning of the 19th.

The remittances arriving before the day of payment, they shall then be honoured; and the punctuality of fulfilling these engagements, will not fail to give a great credit to the insurrectionists.
— The Times (London, Eng.), 10 Apr. 1804

Indefinite has a number of meanings, some of which (such as the one that is often used in grammar, applied to pronouns or articles, “typically designating an unidentified, generic, or unfamiliar person or thing”) are not relevant to Facebook’s ban. The sense of the word that is germane in this setting is “having no exact limits.”

’Our Antedating of the Week: vigilante’

To return, the Committee did not find the Captain and mate in the search, and meanwhile the Mayor, who accepted the services of the Vigilantes as a body of citizens merely, gave the mob ten minutes to disperse in.
— New-York Daily Tribune, 1 Dec. 1851