Some of the words that defined the week of January 3, 2020 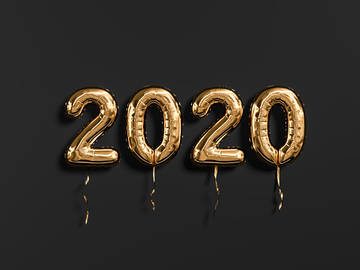 A large number of people looked up the word twenty-twenty in the early hours of the year 2020. Perhaps our users were motivated by a hope that we would provide a definition under this entry along the lines of “the year that things are going to really come together nicely for YOU, intrepid dictionary user who has just looked up this auspicious word.” If this is the case, we have a number of disappointed users early this year, as the only definitions we provide for twenty-twenty are “of the human eye: meeting a standard of normal visual acuity” and “marked by facilely accurate discernment, judgment, or assessment.” The first sense would be applied to human sight (twenty-twenty vision) while the second is for more figurative applications, such as hindsight.

We do not provide definitions for dates, but do have entries for certain classes of numbers. One through hundred, and specific denominations above that (such as thousand, billion and quattuordecillion, which is a number equalling one followed by either 45 or 84 zeros, depending on whether one is counting the U.S. or Britain). We also will give definitions for numbers such as twenty-twenty if there is an extended meaning; additional examples of this are 24-7, fifty-fifty, and ten-twenty-thirty (“a cheap and typically melodramatic theatrical entertainment”).

A large percentage of the people who looked up twenty-twenty were probably singing auld lang syne at some point the night before, without giving much thought to the meaning of the song’s title. Auld lang syne comes from Scots, in which it has the literal meaning of “old long ago”; we define it as “the good old times.” The lyrics of the song, traditionally sung at the onset of the new year, are often attributed to the poet Robert Burns, who said he’d taken it from an earlier source. Auld lang syne can be found in use as far back as the 17th century.

The good God said, Jonah, now billy Jonah, wilt thou go to Nineveh for ald lang syne; The Deel be on my feet then said Jonah: O Jonah said the good God, be not ill natured, they are my people.
— Jacob Curate, The Scotch Presbyterian eloquence, 1692

Also among the words of interest this week was resolution, presumably because some people wished to know whether our definition provided any wiggle room in breaking a recently adopted one. The sense most relevant is likely “something that is resolved”, although we also have a separate entry for New Year’s resolution, which is “a promise to do something differently in the new year.”

New Year’s resolution, as a fixed phrase, dates to the early 19th century, although we have textual evidence of people making resolutions at this time of year since the 17th century, which you can read about in greater detail here.

In considerably more somber news, parishioner was among our top lookups last weekend, after reports that a gunman in a Texas church had been fatally shot by that church’s parishioners.

Another man with a handgun is seen in the video immediately engaging with the shooter and taking him down. Once the shooter is subdued, several other parishioners are seen approaching with their weapons drawn.
— Eric Levenson, Konstantin Toropin, and Amir Vera, CNN (cnn.com), 31 Dec. 2019

A parishioner is defined as “a member or inhabitant of a parish." In U.S. use parish may be defined in a number of ways, including “the ecclesiastical unit of area committed to one pastor,” “a local church community composed of the members or constituents of a Protestant church,” “a civil division of the state of Louisiana corresponding to a county in other states,” or simply “a member or inhabitant of a parish.”

Our Antedating of the Week: 'whispering campaign'

Our antedating of the week is whispering campaign, defined as “the systematic dissemination by word of mouth of derogatory rumors or charges especially against a candidate for public office.” Our earliest known use had previously come 100 years ago, but recent findings show that we have been engaged in whispering campaigns well before 1920.

The Boston Post says the Republicans are speaking very low about administration abuses that ought to be corrected, and calls it “the whispering campaign.”
— Republican Journal (Belfast, MA), 14 Oct. 1875