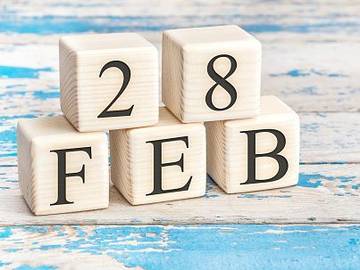 It's a leap year. Dress accordingly.

Czar was much in the news, of late, something that seems to happen whenever there’s an overthrowing of a Russian empire, or someone is appointed to a highly visible position of authority.

In the end, President Donald Trump got a coronavirus czar — without having to call it a czar.
—Politico, 27 Feb. 2020

We provide two definitions for czar: “emperor (specifically, the ruler of Russia until the 1917 revolution),” and “one having great power or authority.” This latter sense, which often is used in reference to one to whom great authority has been delegated, is the one applicable to the Vice President. The “emperor” sense of the word is the older, in use since the middle of the 16th century. Czar took on its extended meaning in the middle of the 19th century.

A Colonel who had been dismissed by Court martial, called upon the Czar of the War Office and requested him to examine some papers and give his opinion of the justice or injustice of the Court martial. ‘I haven’t time to do it, sir,’ said Stanton.
— Cleveland Weekly Plain Dealer, 6 Jan. 1864

There is something significant in the fact that since the moving picture industry crown Will Hays as its czar and Judge Landis was enthroned over baseball, many other national organizations have adopted the same idea. The latest to appoint a czar is the national association of manufacturer’s of women’s dresses.
— The Cedar Rapids Evening Gazette (Cedar Rapids, IA), 20 Jan. 1923

The Democratic presidential candidates had another debate last week, causing a number of words to spike. Among these was Johnny-come-lately, which Joe Biden used a variant of in reference to Tom Steyer.

During a memorable exchange with Steyer after the billionaire talked about how he had worked hard to ease racial bias in criminal justice and banking, Biden told him, "Where we come from, that's called Tommy come lately.” But this clever takeoff on "Johnny come lately" may more appropriately describe Biden's presidential campaign and 10 debates.
— Aaron Kall and Joshua Clark, USA Today, 26 Feb. 2020

Johnny-come-lately may be defined as either “a late or recent arrival” or “an upstart.” It is not an exemplar of its own definition, as it has been in use for almost 200 years now (our earliest record of use comes in the 1830s). Please note that you may pluralize this as either Johnny-come-latelies or Johnnies-come-lately.

Pell-mell either delighted or puzzled many people watching the debate, after Minnesota Senator Amy Klobuchar used the word.

Pell-mell may be defined as either “in mingled confusion or disorder” or “in confused haste.” It has been in English use since the late 16th century, taken from the Middle French pelemele (“disorganized”). The word has not seen such an increase in usage since this past January, when Amy Klobuchar had previously used it in a debate.

Also seeing a rise in lookups from the debate was flappable, which Pete Buttigieg used in contrast to unflappable.

Buttigieg said the biggest misconception about him is that he's not passionate: "I get that I'm kind of level. Some say unflappable. I don't think you want a president who's flappable."
— Edward B. Colby, Newsday (newsday.com), 26 Feb. 2020

Some have wondered if flappable is indeed a word, or if it is simply a humorous alteration of unflappable. The language professionals at Merriam-Webster are happy to inform you that humorous alterations of existing words are also words (provided they are used as such), and we define flappable as “easily upset.”

Flappable and unflappable have a similarity to the words disgruntle (“to make ill-humored or discontented”) and gruntle (“to put in a good humor”). In each case the shorter word has existed for some time previously with an unrelated meaning (flappable has formerly been used in the sense of “able to be flapped”), and then has recently taken on a new meaning as a back-formation.

They were flappable wings, made after a design of his own, the hollow framework being filled with gas.
— Nashville Banner (Nashville, TN), 3 Mar. 1896

Our Antedating of the Week: 'echo chamber'

For our antedating of the week we are looking at echo chamber. This word is defined as “a room with sound-reflecting walls used for producing hollow or echoing sound effects,” although it is often used in a figurative manner. Our previous earliest known use had come in 1842, but recent findings show that we’ve been using echo chambers since at least 1840.

Since the year 1813, the interest in things German, both in this country and in France, has been steadily on the increase; foreign criticism has become now something better than an echo-chamber for the bandying about of mutual misunderstandings.
—Blackwood’s Edinburgh Magazine (Edinburgh, Scot.), Jul. 1840