Some of the words that defined the week ending February 26, 2021

Amendment trended in lookups last week after Representative Lauren Boebert averred that the Constitution was something that should not be rewritten.

Boebert, a self-professed champion of Constitutional rights, tweeted that "protecting and defending the Constitution doesn't mean trying to rewrite the parts you don't like.” Her statement belies the fact that the document has changed and expanded multiple times, hence the additional amendments.
— John L. Dorman, Business Insider, 21 Feb. 2021

Amendment has a number of meanings, including “the process of altering or amending a law or document (such as a constitution) by parliamentary or constitutional procedure,” “an alteration proposed or effected by this process,” and “ a material (such as compost or sand) that aids plant growth indirectly by improving the condition of the soil.” In the United States, the word is often used specifically of a change to the U.S. Constitution. A constitutional amendment may be proposed by Congress with a two-thirds majority vote in both the Senate and the House of Representatives or through a constitutional convention with majority votes in two-thirds of state legislatures. Once it is ratified by Congress, it must be approved by three-fourths (i.e., 38 of 50) of the states. The U.S. Constitution has twenty seven amendments, the first ten of which are commonly referred to as the bill of Rights. 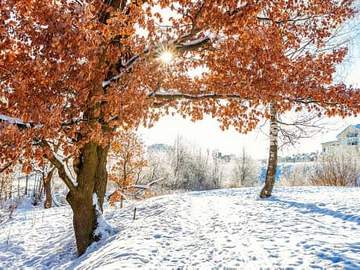 The countdown to spring begins.

Nacelle had a brief and rare moment of being among our top lookups last week, after one of these fell off a plane in Colorado.

Nacelle is defined as “a streamlined enclosure (as for an engine) on an aircraft.” The word comes from French, in which it has the literal meaning of “small boat”, and can be traced back further to the Latin word for “ship” (navis).

As federal, state, and city governments make increasing efforts to vaccinate people, there is an increasing number of articles about these efforts. One of the words that comes up frequently is incentivize.

Additionally, employers could consider offering incentives for employees to get vaccinated. Dollar General is one example of a company that is planning to incentivize workers.
— Clarissa Windham-Bradstock, Forbes, 25 Feb. 2021

Incentivize (“to provide with an incentive”) is a fairly recent addition to English, in use since the middle of the 20th century. Some people find the word objectionable, as is often the case with words that end in -ize, or come from business jargon. You may dislike this word all you wish, but there is nothing inherently bad about it.

Parliamentarian made a last-minute bid to be our word-of-the-week (we don’t actually have such a thing, but it was looked up a lot more than usual) after the Senate parliamentarian issued a ruling.

The Senate parliamentarian ruled that a plan to gradually increase the federal minimum wage to $15 an hour by 2025 does not fit the complicated rules that govern budget bills in the Senate.
— Kelsey Snell, NPR, 25 Feb. 2021

Parliamentarian has a small range of possible meanings, including two that are not applicable here (“an adherent of the parliament in opposition to the king during the English Civil War” and “a member of a parliament”) and one that is (an expert in the rules and usages of a deliberative assembly, such as a parliament). Parliamentarian may be traced to the Anglo-French parler, meaning “to speak.”

An unlikely set of words were trending together in lookups this week, after it was widely reported that the toy company Hasbro was planning on issuing a gender-neutral version of the toys commonly referred to as Mr. and Mrs. Potato Head. The company soon clarified that each of the Potato Heads would retain their gender, but that the company name and logo would be genderless.

Anyway, congratulations to the children of well-intentioned progressive parents who will inevitably be gifted a gender-neutral Potato Head doll this Christmas, and congrats as well to Hasbro for successfully trolling the right.
— E.J. Dickson, Rolling Stone, 25 Feb. 2021

We define gender-neutral as “not referring to either sex but only to people in general.” We define potato as “an erect South American herb (Solanum tuberosum) of the nightshade family widely cultivated for its edible starchy tuber.” Potato, for those who wonder about such things, does not have a gender.

Our Antedating of the Week: ’bipartisan’

Our antedating of the week is bipartisan, defined as “of, relating to, or involving members of two parties; specifically, marked by or involving cooperation, agreement, and compromise between two major political parties.” Our earliest known use had been from 1891, but recent findings show that we’ve been bipartisan since at least 1880.

It was allayed, however, by a proposition, equally honorable to all parties, that the Democratic inspector should tell the truth and permit the votes to be honestly counted, and that he should in return receive from the victorious Republicans a lucrative office on which he had set his heart. He now enjoys that post, and the bi-partisan principle has again been vindicated.
— The News and Herald (Winnsboro, SC), 8 May 1880