Some of the words that defined the week of February 14, 2020 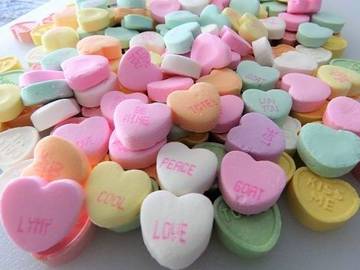 Will you be ours?

The ongoing concern over the coronavirus caused a number of words to attract considerable attention last week, including quarantine.

The quarantine of the Diamond Princess cruise ship has spawned several online communities, with passengers forming groups on WhatsApp and Facebook to break through the isolation and share information.
— Bill Chappell, NPR (npr.org), 12 Feb. 2020

There are a number of senses of this word currently relevant, both as a noun (“a term during which a ship arriving in port and suspected of carrying contagious disease is held in isolation from the shore” and “a state of enforced isolation”) and as a verb (“to detain in or exclude by quarantine”). The use of quarantine relating to attempts to prevent the spread of disease dates from the 17th century; prior to this the word had several uses with the specific meaning of “period of 40 days.” Quarantine may be traced to the Latin quadraginta, meaning “forty”; some of its earlier senses included “the period often of 40 days during which a widow is permitted by law to remain in her deceased husband's principal home without being obliged to pay rent to the heirs,” as well as broadly referring to a period of 40 days allotted for one of a variety of reasons.

The Prince Lewis sonne of Philip King of France, quarantine or fortie daies being expired, retired himselfe, not without much discontent, to see, in those warres against the Albingenses, so much tyranny.
— J. P. Perrin, The bloudy rage of that great antechrist of Rome and his superstitious adherents, against the true church of Christ and the faithfull professors of his gospell, 1624

One grand inconvenience attended on this armie of Pilgrimes: For when their quarantine, or fourty dayes service, was expired (the term the Pope set them to merit Paradise in) they would not stay one whit longer.
— Thomas Fuller, The historie of the holy warre, 1639

Brownshirt spiked in lookups last weekend, after television host Chuck Todd quoted a column which had applied this word to supporters of Bernie Sanders.

The hashtag #FireChuckTodd was trending on Twitter overnight as the MSNBC anchor faced a social media backlash for quoting a column that described Bernie Sanders supporters as a "digital brownshirt brigade.”
— James Walker, Newsweek, 11 Feb. 2020

Brownshirt (which is often capitalized) is defined as synonymous with Nazi, based on the article of clothing often worn as a uniform by some members of the German fascist party that controlled Germany from 1933 to 1945.

Valentine surged in lookups toward the end of this week, as Valentine’s Day (the holiday which falls on February 14th) approached. Valentine may be defined as a person (“a sweetheart chosen or complimented on Valentine's Day”), a gift (given on February 14th), or, more broadly, as uncritical praise or affection, given on any day. In a possible sign of romantic optimism we have not seen any significant surge in lookups for unrequited (“not reciprocated or returned in kind”), unlove (“to stop loving something”), or heartbreak.

Litmus test (“a test in which a single factor (such as an attitude, event, or fact) is decisive”) has been on the minds of many, judging by the increasing number of times it has been searched of late, a typical occurrence whenever candidates for national office are asked about their potential choices for Supreme Court positions.

Sen. Warren on if there should be a litmus test on abortions: "It is time to have a national law to protect the right of a woman's choice." https://t.co/8EYJNMry9k #DemDebate pic.twitter.com/PmXwfims6a

Our Antedating of the Week: 'front-runner'

The Democratic contest for the nomination to be the presidential candidate in the 2020 election continues apace, and so our antedating for this week is front-runner (“a leading contestant in or as if in a rivalry or competition”). Our earliest use had previously come in 1914, but recent findings show that the word was in use in the late 19th century,

In the three miles flat race only six finished out of about a score of starters. All the front runners changed places continually throughout the race.
— The Hampshire Advertiser (Hampshire, Eng.), 25 Sept. 1895

Imp. Eddie Burke is not a front runner and needs a vigorous rider.
— The Cincinnati Enquirer, 24 Jun. 1897