Some of the words that defined the week ending February 12, 2021 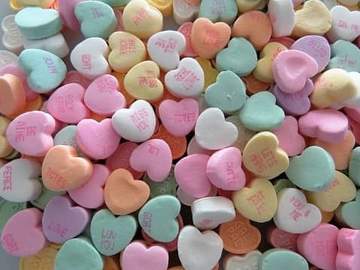 Lookups are in the air

An actor on The Mandalorian was disinvited from participating in future episodes after she made a series of anti-Semitic posts on social media. The posted content was called abhorrent by LucasFilm, the company that produces the series.

An assertion made via Twitter by one of Donald Trump’s supporters that ‘the calvary is coming’ prompted renewed attention being paid a commonly-confused pair of words (cavalry and calvary).

We define cavalry as "an army component mounted on horseback." If one is on the battlefield and wishes to have more troops mounted on horse, one calls in the cavalry. If one wishes to refer to sending assistance, cavalry may also be used in a figurative manner. If, however, one wishes to make reference to either "an open air depiction of the crucifixion" or "an experience of intense suffering” then the correct choice is calvary. It may be helpful to remember that cavalry is quite often mobile, and so may readily be sent, or may be coming; the calvary comes from the name of the hill near Jerusalem where Jesus was crucified, and is not something that may be sent in.

A number of words, such as insurrection and impeachment, saw greatly increased use as the impeachment trial of former President Trump began; also trending in coverage of the trial were rivet and riveting.

Republican senators say they were riveted by new video from the House impeachment managers showing the attacks on the Capitol and how close rioters got to lawmakers.
— Jordain Carney, The Hill, 10 Feb. 2021

Rivet (a verb), which comes from the French river (“to attach, rivet”), can mean “to fasten with or as if with rivets,” “to fasten or fix firmly,” or “to attract and hold (something, such as a person's attention) completely.” Riveting (an adjective), means “having the power to fix the attention.”

Mulligan spiked in lookups last week, after a Republican senator suggested that Donald Trump be given one for his part in inciting the violent uprising that took place last month.

Senator Mike Lee of Utah, a conservative Republican, suggested on Tuesday that former President Donald J. Trump be given a “mulligan” for exhorting an angry gathering of supporters to march on the Capitol on Jan. 6.
— Glenn Thrush, The New York Times, 9 Feb. 2021

We define mulligan as “a free shot sometimes given a golfer in informal play when the previous shot was poorly played.” In use since the early 1930s, mulligan is also occasionally used in non-golf contexts. We often see mulligan used in conjunction with the idea that someone deserves one; it is worth noting that the type of thing one most often sees as deserving of a mulligan is a relatively minor infraction, and not violent insurrection.

”But my gosh, isn’t it reasonable to expect people to go through life without striking someone else? Given all the pressures of life, do we all deserve a mulligan now and then?”
— Statesman Journal (Salem, OR), 16 Mar. 1978

However, he sounded like anything but a broken-down lame duck in telling legislators that only "a lawyer or a drunk" could explain why inebriated drivers deserve a mulligan on their first arrest.
— James Selzer, Florida Times Union (Jacksonville, FL), 15 Jan. 1997

Many people turned to their dictionaries in search on information on cracker-barrel, after allegations of racist imagery were levied against the store of this name.

The Cracker Barrel restaurant chain has been serving Southern cuisine and selling rocking chairs in its old country stores since its first location opened in Lebanon, Tenn., in 1969. But several posts spreading on social media claim the company’s name and logo refer to a slaveholder’s whips and the barrels they were stored in.
— Samantha Putterman, Politifact, 9 Feb. 2021

We define cracker-barrel as “suggestive of the friendly homespun character of a country store.” The word has been in this adjectival use since the early 20th century (our earliest citation is from 1916); cracker-barrel has been used as a noun (a barrel in which crackers are kept) since the first half of the 19th century.

…he made enquiries about it and to his great surprise, found that the mistake had been made by the book keepers dropping the quarter into a cracker barrel by accident, done on purpose.
— Boston Satirist and Punch, 1 Feb. 1845

Our Antedating of the Week: ’lollygag’

Our antedating of the week is lollygag, because everyone does this from time to time. We define lollygag as “to fool around and waste time, to dawdle,” and label it as informal. Our earliest evidence of use had previously come in 1862; recent findings show that we’ve been lollygagging since at least 1856

Hot, hotter, hottest.—Tuesday, Wednesday and Thursdays—Whew! Thermometer only up to 105°. Oh ye denizens of cooler climes, how we do envy you in these days.—Oh, for a lodge on some vast iceberg, or a chance to lallygag amid piles of snow!
— The North Californian (Oroville, CA), 13 Jun. 1856

He occupies the room next to the reading room, and can be seen at any time hanging out of the window lallygagging with passers by.
— Life in Boston and New York, 22 Nov. 1856