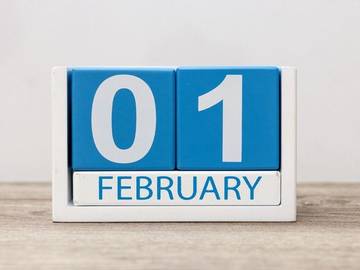 Stay warm out there.

A book written by Cliff Sims, who once worked in the Trump White House, was much in the news last week, after the president said some uncomplimentary things about it. In particular, Trump’s use of gofer attracted attention.

Predictably, after the White House declined to comment on the book, Trump himself lashed out at Sims over Twitter on Tuesday morning, writing, “A low level staffer that I hardly knew named Cliff Sims wrote yet another boring book based on made up stories and fiction. He pretended to be an insider when in fact he was nothing more than a gofer. He signed a non-disclosure agreement. He is a mess!”
— Isaac Chotiner, The New Yorker (newyorker.com), 29 Jan. 2019

Gofer is defined as “a lackey; an employee whose duties include running errands.” It has an etymology that is pleasingly self-explanatory; the word is an alteration of “go for.” The variants gopher and go-fer are occasionally found, but gofer is the most common form.

The upcoming court appearances of Roger Stone, former advisor to President Trump, caused gag order to be looked up with far greater frequency than at any other point in recent memory. We define gag order as “a judicial ruling barring public disclosure or discussion (as by the press) of information related to a case; broadly: a similar nonjudicial prohibition against the release of confidential information or against public discussion of a sensitive matter."

President Donald Trump’s longtime adviser Roger Stone made multiple media appearances in Washington on Thursday, talking freely with reporters before he was set to appear in court on Friday and likely face a gag order from a judge.
— Sarah Lynch, Reuters (reuters.com), 1 Feb. 2019

The gag portion of gag order comes from the Middle English gaggen (meaning “to strangle”), and has been in use since the early 16th century. Gag order does not appear until the middle of the 19th.

But we cannot agree with those journals of our own political faith which believe that the resuscitated gag order could, under any circumstances, be otherwise than inexpedient and improper. The privilege of writing when abused by soldiers in Mexico, or by editors at home, becomes noxious; but who would, therefore, suppress that privilege?
— North American (Philadelphia, PA), 3 Feb. 1847

In non-political events last week the weather was responsible for many of the words drawing attention. Vortex (of the polar variety) and squall were among our highest-trending words, but other words were influenced by the climate.

Searches for impact were up, apparently as a result of the word being used in conjunction with high, to describe the types of squalls that were about to appear. Impact is a word that attracts attention frequently, although it is usually due to people claiming that it should never be used as a verb. This is your periodic reminder that such claims are, to use to a technical lexicographic term, codswallop; impact was used as a a verb for approximately 200 years before it began being used as a noun, and has been thusly used consistently for over 400 years now.

Hypothermia and windchill were also looked up considerably more than usual. The former is defined as “subnormal temperature of the body” and the latter as “a still-air temperature that would have the same cooling effect on exposed human skin as a given combination of temperature and wind speed.” Hypothermia came to English from New Latin in the 19th century, and is built from the affixes of hypo- (“less than normal or normally”) and -thermia (“state or generation of heat”). Windchill is slightly more recent, dating to the 1930s, and is also called chill factor, windchill factor, and windchill index.

The big danger with hypothermia is that it fools you. As your body concentrates its energy on keeping your heart pumping, your brain operates more slowly, You may not even know you’re hypothermic until it’s too late.
— Anne Saker, Cincinnati Enquirer (cincinnati.com), 30 Jan. 2019

We inflated half a dozen balloons inside, then bundled up and went outside to wait for them to shrink in the minus 39 degree windchill. And we waited.
— Katis Thomas, The New York Times, 31 Jan. 2019

Our Antedating of the Week: incompetent

Incompetent was on the minds of many last weekend, after George Conway, a lawyer who is married to a member of the Trump administration, tweeted this word’s definition. This is enough to make incompetent our antedating of the week. Our previous earliest evidence occurred in 1595, used in the sense “not legally qualified.” Recent findings show that incompetent (with this same meaning) had been in use at least 30 years prior.

We make no exception nor ever did, againste the scripture as of it selfe an incompetent judge to determine controversies.
— Thomas Dorman, A disproufe of M. Nowelles reproufe, 1565