Some of the words that defined the week of February 7, 2020 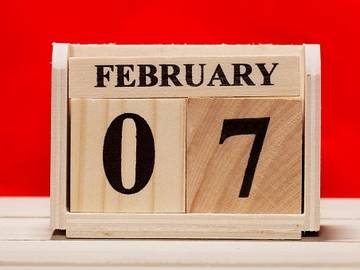 Is it just us, or were there fewer 'Superb Owl' jokes this year?

Reciprocity saw a dramatic spike in lookups this Tuesday evening, after the word made an appearance in Donald Trump’s State the Union address.

The House passed it by an overwhelming 385-41 vote in December and the Senate followed with an 89-10 vote last this month. https://t.co/z21h5Ddt05 pic.twitter.com/PFCu4j89kx

Reciprocity came into English in the middle of the 18th century, and may be traced to the Latin reciprocus (“returning the same way, alternating”). It may be defined either as “mutual dependence, action, or influence” or “a mutual exchange of privileges.” In this latter sense the word often carries the specific meaning of “a recognition by one of two countries or institutions of the validity of licenses or privileges granted by the other.”

Snub also attracted considerable attention immediately after the State of the Union address, as many people looked to their dictionary to see if Trump had indeed snubbed Nancy Pelosi, Speaker of the House.

In this matter, as with all matters non-lexicographic, we are without opinion as to whether this action constituted a snub. We can, however, inform you that this short word has been part of our vocabulary since the 13th century, entered our language first as a verb (later branching out into noun and adjective territory), and had the initial meaning of “to check or stop with a cutting retort.”

Sunday saw a rise in lookups for Kansas City due to President Trump, although this spike occurred in response to a tweet by Trump, rather than from a speech.

A since-deleted tweet from President Trump erroneously congratulating the state of Kansas for the Kansas City Chiefs’ Super Bowl victory led to a number of tweets mocking the president over the mistake on Sunday night and Monday morning.
— Zack Budryk, The Hill (thehill.com), 3 Feb. 2020

Trump made the same mistake that many before him have made: assuming that a city bearing the name of a state should be located in that state. We offer two definitions for Kansas City: “city in northeastern Kansas adjacent to Kansas City, Missouri (population 145,786),” and “city on the Missouri River in western Missouri; the state's most populous city (population 459,787).” The victors of this year’s Super Bowl are based in the Missouri Kansas City, not the Kansas Kansas City.

Mistakes of a different sort prompted a number of words to hit the big time this week, after the Iowa Democratic Party caucus turned out to have been not as well organized as its members might have hoped.

Snafu is an acronymic euphemism, once found written in initials or all capitalized letters, but now has become generalized in both form and propriety. The word is an abbreviation of situation normal all fouled up (which can also be found, in less polite company, with a more intense f-word), a turn of phrase common in the armed services in the early 1940s.

Among its other chores the Ferrying Division operates a few little jerk air lines of its own. Two of these are called the SNAFU and TARFU, initials standing for a condition of affairs well understood in the Army and by many people outside the Army.
— Carlyle Holt, Daily Boston Globe, 1 Oct. 1943

Canvass also spiked in lookups, as the uncertainty surrounding the results prompted Tom Perez (the Chair of the Democratic national Committee) to say the party should canvass voters again.

Enough is enough. In light of the problems that have emerged in the implementation of the delegate selection plan and in order to assure public confidence in the results, I am calling on the Iowa Democratic Party to immediately begin a recanvass.

Perez’s tweet reminded us that many people have trouble distinguishing between canvas and canvass. Here is what you need to know in order to tell the difference between these two words:

1 - Canvas, a noun, is the word for a variety of types of fabric, such as a piece of cloth backed or framed as a surface for a painting, or a closely woven cloth used for clothing (and formerly much used for tents and sails).

2 - Canvass, a verb, is the word meaning “to go through (a district) or go to (persons) in order to solicit orders or political support or to determine opinions or sentiments.”

3 - Canvas is a variant spelling of canvass.

4 - Canvass is a variant spelling of canvas.

We presume that Perez used recanvass with the intended meaning of “to once again go through a district to determine opinions,” but must also point out that the verb canvass has another, obsolete, sense (“to toss in a canvas sheet in sport or punishment”), so it’s possible he meant that the Iowa Democratic Party should once again be tossed in a canvas sheet as punishment.

Our Antedating of the Week: 'unfavorite'

For our antedating of the week we are looking at unfavorite (“not being a favorite; especially, being regarded with special disfavor or dislike”). This curiously underutilized word, considering how many more unfavorite than favorite things most of us have, previously had its first known use in 1934. This date has been pushed back over a century, to 1823.

He must do it also by the unfavorite mode of an ex officio information; for as to applying to a Grand Jury of the County of Dublin to find a bill against the High Sheriff, that would be utterly useless.
— The Morning Chronicle (London, Eng.), 23 Apr. 1823