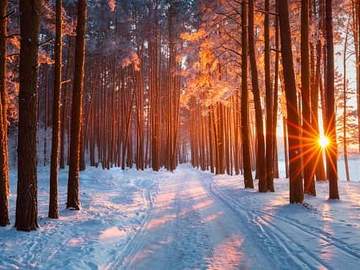 An agreement between a company that advised other companies on how to sell opioids and a group of attorneys general was met last week, and increased use of the word turbocharging was one result.

The literal meaning of turbocharge is “to supercharge (an engine) by means of a turbine-driven compressor.” The word is often encountered today in figurative use; we define the adjective turbocharged as “supercharged especially with energy, vitality, or tension.” We’ve been turbocharging things for quite a while now, with citational evidence attesting to this practice dating back to the 1920s.

A number of past statements made by Representative Marjorie Taylor Greene that were widely viewed as incendiary, anti-Semitic, and unhinged drew considerable attention last week. Among the words that spiked in lookups in reference to this was loony, after Senate minority leader Mitch McConnell in reference to Greene.

On Monday, McConnell declared the “loony lies and conspiracy theories,” which have come to define a new era of Republican politician in the Trump age, are a “cancer for the Republican Party and our country.”
— Elliot Hannon, Slate, 2 Feb. 2021

We define this adjective as synonymous with crazy or foolish. Loony is a shortening of lunatic, which as an adjective may mean “wildly foolish” or “affected with a severely disordered state of mind.” Please note that the latter definition is now considered dated. Lunatic comes from the Latin luna, from the belief that lunacy fluctuated with the phases of the moon.

Ovation was also much in the news last week, after it was reported that Greene received a standing version of one from fellow Republican representatives.

So that the Ovation was a lesse honour than the Triumph. And it was granted to inferior persons, & for meaner desert.
— Livy, The Romane historie (trans. by Philemon Holland), 1600

Singularly spiked in meaning early in the week, after it was asserted that Donald Trump was responsible in this manner for the Capitol riot by extremists last month.

The House impeachment managers on Tuesday laid out their case against Donald J. Trump, asserting that he was “singularly responsible” for the deadly assault on the Capitol last month and must be convicted and barred from holding public office.
— Nicholas Fandos and Maggie Haberman, The New York Times, 2 Feb. 2021

We define singularly as “in a singular manner,” and it must be noted that singular itself does not at all live up to its name, as it has a range of definitions. Singular may mean “of or relating to a separate person or thing,” “of, relating to, or being a word form denoting one person, thing, or instance,” “distinguished by superiority,” “being out of the ordinary,” or “having the property that the matrix of coefficients of the new variables has a determinant equal to zero” (the last definition is used only of a linear transformation).

Anti-vax is another word with an unfortunate amount of prominence recently, after a vaccine distribution center was temporarily shut down by protests.

Our Antedating of the Week: ’extremism’

Our antedating of the week is extremism, which may be defined as “the quality or state of being extreme,” or “advocacy of extreme measures or views.” Our earliest example had previously been from 1865; recent findings show that we have been using this word as far back as 1850.

Folly Of Extremism. A writer in the Charleston Mercury indignantly rebukes the Senators and Representatives from South Carolina for retaining their seats, now that California is in the Union!