Some of the words that defined the week ending December 11, 2020

Sound barrier burst into innumerable headlines and article ledes last week, after Chuck Yeager, the first pilot to have broken through this barrier, passed away.

Chuck Yeager, the steely “Right Stuff” test pilot who took aviation to the doorstep of space by becoming the first person to break the sound barrier more than 70 years ago, died on Monday at the age of 97.
— Bill Trott, Reuters, 7 Dec. 2020 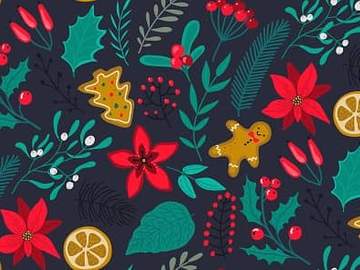 Yes, we will mention the new Taylor Swift album.

Seditious was in the news late in the week, after a brief filed by lawyers representing Pennsylvania referred to recent efforts by Texas to invalidate election results as a “seditious abuse of the judicial process.”

Seditious is defined as “disposed to arouse or take part in or guilty of sedition,” and sedition may be defined as “incitement of resistance to or insurrection against lawful authority.” In English since the 14th century, sedition may be traced to the Latin word seditio, which has the literal meaning of “separation.” Sedition is generally regarded as a less serious crime than treason, as it is limited to organizing and encouraging opposition to government rather than directly participating in its overthrow.

Hanukkah (“an 8-day Jewish holiday beginning on the 25th of Kislev and commemorating the rededication of the Temple of Jerusalem after its defilement by Antiochus of Syria”) began this past week, on Thursday the 10th. The proper spelling of this holiday is often wondered about; we offer Hanukkah, and, less commonly, Chanukah or Hanukah.

The behavior of rats acting like rats was widely viewed as newsworthy last week, as a number of newspapers and web sites reported on the story of these creatures having infested a restaurant in New York City.

The type of rat in question is “any of numerous rodents (Rattus and related genera) differing from the related mice especially by considerably larger size.” Should you, gentle reader, ever have need of describing something as “resembling a rat in appearance or behavior” or “of, relating to, or characteristic of a rat” you may use ratlike. Should you need to refer to both rats and mice you may use the adjective murine (“of or relating to a murid genus (Mus) or its subfamily (Murinae) which includes the common household rats and mice”).

Evermore had a banner week after Taylor Swift announced that this was the title of her upcoming album.

I’m elated to tell you that my 9th studio album, and folklore’s sister record, will be out tonight at midnight eastern. It’s called evermore.
📷: Beth Garrabrant pic.twitter.com/xdej7AzJRW

The most common meanings of evermore are “forever,” and “in the future.” There is, however, a dialectal use as well, which may be defined as “certainly, definitely.”

Lary is an impetuous, hustling fielder, less accurate and less canny than Leo, but he can evermore sock that ball.
— Ed Danforth, The Atlanta Constitution (Atlanta, GA), 14 Apr. 1929

Our Antedating of the Week: 'crybaby'

Our antedating for the week is crybaby, because everyone on occasion comes across an example of this word, defined as “one who cries or complains easily or often.” Our earliest known use had previously come in 1851; recent findings show that we have had crybabies since at least 1789, the year that George Washington began serving his presidency.

My grand father came in and found me crying; bless me said he, what are you crying? you my grand son; saith my boy I am afraid your mother did not play fair, I am sure my son William never got a cry-baby; I think you will be a disgrace to your family.
— A history of the life, very strange adventures, and works of Captain John Macpherson, 1789