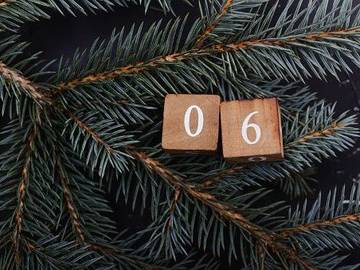 Stay tuned for the most narwhal talk we've had in one of these articles yet!

A narwhal is “an arctic cetacean (Monodon monoceros) that reaches a length of about 16 feet (5 meters) and possesses in the male one or rarely two long, spirally twisted, pointed tusks,” and it is a word on the move. Just a few short weeks ago the word spiked in lookups following the release of a video of a puppy with an extra tail growing from his forehead (the pup had been named after the tusked sea creature). This week saw the narwhal back in the news after an alleged terrorist in London was subdued, in part, by a man wielding a narwhal tusk.

Among the heroic responses to the terrorist attack on London Bridge on Friday, one stands out for its strangeness. A man at Fishmongers’ Hall, where the incident began, grabbed a narwhal tusk that was displayed by the side of the hall’s doorway and, wielding it like a lance, deployed it against the assailant outside.
— Philip Hoare, The Guardian (London, Eng.), 2 Dec. 2019

Our entry for narwhal has a note attached to the definition, and in order to impress upon all and sundry the importance of this information the word note is rendered entirely in capital letters. It reads as follows: “NOTE: Although the narwhal is classified as a toothed whale (suborder Odontoceti), it does not possess any teeth in its mouth.”

There was a high degree of excitement, followed by a similar degree of confusion, after noted actor Billy Dee Williams was reported to have identified as gender-fluid; Williams shortly thereafter issued a statement clarifying himself as not.

‘What the Hell Is Gender Fluid?’: Billy Dee Williams Clarifies Usage of Gender Pronouns, Says He Was Simply Discussing the 'Softer Side' of Men
— (headline) The Root (thegrapevine.theroot.com), 5 Dec. 2019

For those of you out there who wish to emulate Mr. Williams in his query cited above, gender-fluid (which may also be written as an open compound) is defined as “of, relating to, or being a person whose gender identity is not fixed.”

A thousand newspapers, blogs, and twitter feeds found themselves unable to resist temptation, and posted typo-laden accounts of the demise of the Apostrophe Protection Society (APS).

The pedants’ pedant: why the Apostrophe Protection Society has closed in disgust After 18 years of policing grammatical abuse from around the world, the APS has conceded defeat. The punctuation barbarians have won
- (headline) The Guardian (London, Eng.), 2 Dec. 2019

The APS was formed in 2001, ostensibly as a means of helping writers the world over in putting their apostrophes in the correct places. Here is our periodic reminder: there has never been a point in the history of the English-speaking and English-writing people where we all agreed on how apostrophes should be used, and there never will be. If you would like to read more about the tragic history of this punctuation mark you may do so here.

Some people run for political office due to a desire to change the world for the better, and are motivated by altruism. Other do so for more venal reasons, and are motivated by self interest. One might also wonder if others still run for office because they wish to see their favorite word make a comeback, and their motivation is to plaster that sucker on the side of their campaign bus.

Here it is. The @JoeBiden “No Malarkey” bus that will hit 18 counties over the next eight days in Iowa. The bus even includes the definition of malarkey in case you need it pic.twitter.com/hsBttEuhGo

Joe Biden has a long and well-documented love affair with the word malarkey (“ insincere or foolish talk”), which we have documented previously. If you would like the tl;dr version, here it is: malarkey has been in use since the early 1920s, the origins of the word are obscure, and Joe Biden says it a lot.

Two-faced was looked up considerably much, after President Trump employed this adjective (eschewing the obscure synonym of janiform) in reference to the prime minister of Canada.

President Trump has responded to a video that appeared to show Justin Trudeau and other world leaders mocking him, calling the Canadian prime minister “two-faced.”
— Krishnadev Calamur, NPR (npr.org), 4 Dec. 2019

Two-faced may be defined as either “double-dealing, false” or, more literally, as “having two faces.” While it may have the sound of a modern playground insult, we have been using this word since at least the late 16th century.

To beholde these particions, and first the infancy, which having little or no comunitie with worldly felicities, resteth pacified with the abiect things of nature, the other being of many parts (by some participation it hath with two faced Janus) a neuter to all things.
— Edward Dyer, The prayse of nothing, 1585

The continuing impeachment investigation once again sent a number of words skyrocketing in lookups. Perfidy, inchoate, and paucity all saw spikes during the opening statement read by Georgetown professor Jonathan Turley. Perfidy (“the quality or state of being faithless or disloyal”) comes from the Latin perfidus, meaning “faithless”; inchoate (“being only partly in existence or operation”) comes from inchoare, meaning “to start work on.” And for those who are wondering, yes, choate is also a word (it’s a back-formation from inchoate), although it is typically only used in legal settings, with the meaning “being complete and superior to subsequent liens.” Paucity (“smallness in number or quantity”) likewise came to English from Latin (from paucus, meaning “little”); there was also speculation that the increased number of lookups for this word may have been influenced by reports of a smaller-than-hoped-for potato crop, as much as from Turley’s testimony.

I’m concerned about lowering impeachment standards to fit a paucity of evidence and an abundance of anger.
— Jonathan Turley (transcript of opening statement) Politico (politico.com), 4 Dec. 2019

A potato paucity is upon us, and French fry aficionados are worried.
— Jacey Fortin, The New York Times, 4 Dec. 2019

Our Antedating of the Week: 'Wall Streeter'

The word sobriquet has been on the minds of many people of late (possibly because of North Korean officials recently threatening to bring back their favorite sobriquet for President Trump, dotard, so for the antedating of the week we are looking at a sobriquet of sorts, Wall Streeter. Our earliest record of this word (defined as “a person who is involved in Wall Street”) had previously come in 1885; recent findings show that it has been in use (sometimes in an uncomplimentary fashion) since the first half of the 19th century.

Of others I know more. I have seen them at their business. I can tell the Wall-streeters from the Pearl-streeters. The dry-good merchants along Maiden-lane and William-street—the lawyers in Beekman-street—the Inns of Court, Pine-street, &c.
— The New-York Mirror, 4 May 1833

A reason why he is made an example of, which suggests itself to our mind is, that he tells the truth oftener than is agreeable to the Wall streeters and privileged swindlers of New York City.
— The Weekly Mississippian (Jackson, MI), 25 Mar. 1846