Some of the words that defined the week ending December 4, 2020 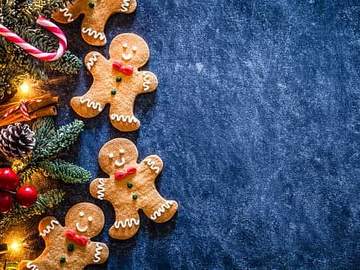 Preemptive pushed its way being one of our top lookups last week, following a number of news stories about how President Trump was considering issuing a number of pardons of this nature in the near future.

President Trump is being urged to use his remaining time in office to grant preemptive pardons to people close to him, including family members and maybe even himself.
— Brian Naylor, NPR, 2 Dec. 2020

Preemptive has a number of possible meanings, including “marked by the seizing of the initiative; initiated by oneself,” “higher than necessary and intended to shut out bids by the opponents” (said of a bid in bridge”), and “of or relating to preemption.” Preemption is the oldest of the various forms (preempt and preemptive came into use in the 19th and 18th centuries, respectively), and comes from the Latin prae- (“pre-“) and emere (“to buy”). While there is no evidence of emptive being in use we do have the word emption, defined as “the act of buying.”

Deadname also spiked in lookups last week, after actor Elliot Page announced that he was trans. Some news publications made use of Page’s former name in reporting on the story, prompting a discussion of the appropriateness of such use.

Elliot Page’s coming out as transgender on Tuesday prompted media outlets and LGBTQ organizations to consider the inappropriateness of using a trans individual’s former name. “Reminder: there is NEVER a reason to publish someone’s deadname,” the Transgender Journalist Association said in a statement on Twitter.
— Samson Amore and Lindsey Ellefson, The Wrap, 1 Dec. 2020

We define deadname as “the name that a transgender person was given at birth and no longer uses upon transitioning.” The verb form of the word is defined as “to speak of or address (someone) by their deadname.”

Unsubstantiated has been getting a workout of late, appearing in numerous stories about alleged voting fraud and the 2020 presidential election.

Shortly before his dismissal, Krebs refuted allegations made by the president’s supporters that election systems had been manipulated, tweeting that “59 election security experts all agree, ‘in every case of which we are aware, these claims either have been unsubstantiated or are technically incoherent.’ ”
— Matt Zapotosky, Devlin Barrett and Josh Dawsey, The Washington Post, 1 Dec. 2020

We define unsubstantiated as “not proven to be true; not substantiated.” Unsurprisingly, substantiate and substance share a root, the Latin substantia, meaning “substance.” Among the earliest meanings of substantiate is “to impart substance or material form or being to.”

The increasing number of Americans dying from the coronavirus caused unwelcome and renewed attention being paid to death toll, as the single-day number of deceased approached 3,000.

As staggering as it is, the death toll reported Wednesday appears likely only to worsen, experts say, as the delayed effects of Thanksgiving travel are felt.
– Sabrina Tavernise, Sheila Kaplan, and Eric Nagourney, The New York Times, 3 Dec. 2020

The definition of death toll is “the number of people who die in an accident, disaster, war, etc.” This sense appears to have taken root in the late 19th century.

However, prior to this death toll had a strikingly literal meaning, in which it referred to the tolling of bells as a marker of death (the relevant sense of toll being “to sound (a bell) by pulling the rope”).

There is evidence of death toll being employed prior to this, in a somewhat literary manner, once again applied to sounds both deathly and tintinnabulary.

Till at Death’s Toll, whose restless Iron tongue
Calls daily for his Millions at a meal,
Starting I woke, and found myself undone?
— Edward Young, The Complaint, 1742

The Sun, when it rises above thy low dwelling,
Shall gild the tall Spire, where my death-toll is knelling.
— Mary Robinson, Lyrical Tales, 1800

Our Antedating of the Week: 'debunk'

Our antedating of the week is debunk, defined as “to expose the sham or falseness of.” Our earliest written evidence for this word had previously come in 1923; recent findings show that we have been debunking things since at least 1915.

And yet in his quiet, unemphatic way he kept boring and boring in a convincing manner, debunked and denuded of all that was not fact.
— The Sun (New York, NY), 28 Mar. 1915