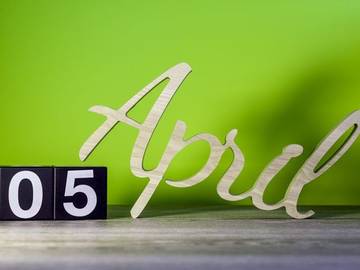 From 'czar' to 'congestion' to 'castigate'

Czar was in the news last week, as President Trump announced a possible interest in creating a position for a new one of these, to be modified by the word immigration, or border.

As he threatens to shut down the southern border, President Donald Trump is considering bringing on a “border” or “immigration czar” to coordinate immigration policy across various federal agencies, according to four people familiar with the discussions.
— Jill Colvin & Colleen Long, AP News (www.apnews.com), 2 Apr. 2019

The first meaning of czar (also found as tsar) in English, in use since 1555, was that of “emperor.” It was also used to specifically refer to “the ruler of Russia until the 1917 revolution.” In the middle of the 19th century the word took on a decidedly figurative sense, with the meaning of “one having great power or authority.”

A Colonel who had been dismissed by Court martial, called upon the Czar of the War Office and requested him to examine some papers and give his opinion of the justice or injustice of the Court martial. ‘I haven’t time to do it, sir,’ said Stanton.
— Cleveland Weekly Plain Dealer, 6 Jan. 1864

Donald Trump Jr. last week attracted a certain degree of derision, when he demonstrated, via Twitter, a degree of unfamiliarity with the Pulitzer Prize.

He’s right... unless they give Pulitzer’s for fiction. #fakenews https://t.co/TN5CE84tvw

We define Pulitzer Prize (which is also occasionally simply called Pulitzer) as “any of various annual prizes (as for outstanding literary or journalistic achievement) established by the will of Joseph Pulitzer,” and yes, the awards are given to works of fiction. Joseph Pulitzer was an American journalist, born in Hungary, who lived from 1847 - 1911.

Chyron spiked dramatically in lookups last Sunday, which is a sure sign that some news agency has used a particularly egregious example of this word.

Chyron is defined as “a caption superimposed over usually the lower part of a video image (as during a news broadcast).” The word comes from the Chyron Corporation (now better known (?) as ChyronHego), and was trademarked by them in 1976. Although it is a proprietary term chyron is found written both with an upper-case or lower-case initial C.

The announcement that New York state was ready to institute congestion pricing, made this word, usually more associated with clogged sinuses than traffic arteries, searched for more often than is usual.

Congestion may be traced to the Latin word congerĕre, meaning “to bring together.” We have no comment on whether this is an ironic etymology, given that the discussions surrounding the planned congestion pricing are somewhat acrimonious.

A significant amount of rain in the Midwest, and the resultant flooding, has caused many of the area’s levees to break; a number of stories referred to them as Swiss cheese

The widespread, severe flooding in the Midwest over the last month has exposed the vulnerabilities in a levee system that is now so full of holes that many here ruefully describe it as “Swiss cheese.”
— Mitch Smith & John Schwartz, The New York Times, 31 Mar. 2019

Swiss cheese is “a hard cheese characterized by elastic texture, mild nutlike flavor, and large holes that form during ripening.” Due to the holes found in its body, the cheese has, over the past hundred years or so, often been used in a figurative manner to refer to something porous.

An Ohio statesman has done what he could to protest women from the backbone of winter and the bad man’s eye; he has introduced a measure in the legislature of that conservative commonwealth demanding that the so-called gentler sex wear more clothes, and that such as they do wear shall not be done in a swiss cheese pattern, or built on a glove-fitting plan.
— The Topeka State Journal (Topeka, KS), 2 Apr. 1913

Our Antedating of the Week: castigate

For our antedating of the week we turn to the verb castigate, defined as “to subject to severe punishment, reproof, or criticism.” The earliest use of this useful word came from 1606, but recent findings have shown it in use as far back as the 1530s. And no, we did not have anyone particular in mind when looking at this word.

S. Hieroms wordes be these god dothe indurate whan he dothe not by and by castigate a sinner he hathe mercye whan he doth call a synner by and by un to repentaunce by affliccions.
— Robert Barnes, A supplicatyon, 1531