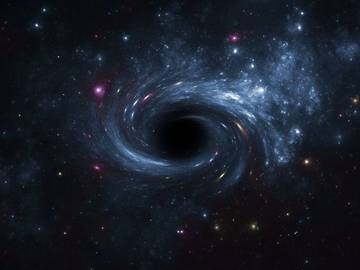 Double dribble was in the news last week, after many fans felt that a referee had failed to take note of a player engaging in this, during a collegiate basketball game between the teams representing the University of Virginia and Auburn University.

We define double dribble as “an illegal action in basketball made when a player dribbles the ball with two hands simultaneously or continues to dribble after allowing the ball to come to rest in one or both hands.”

Despite their comic actions—errant passes, double dribbles, blind shooting—the Knick held a lead once as much as nine points, until the sixth minute of the final period.
— The Daily News 9New York, NY), 9 Dec. 1948

White nationalist had one of its periodic bouts of increased interest, after Representative Ilhan Omar used the term to describe Stephen Miller; subsequent discussion, much of it heated, ensued, on the matter of whether it is indeed possible for Miller, who is Jewish, to merit this descriptor.

Our definition of white nationalist (“one of a group of militant whites who espouse white supremacy and advocate enforced racial segregation”) makes no mention of religion. Recent citations indicate that Omar is not the first person to describe someone who is Jewish as a white nationalist.

“There has been this bizarre infighting that has gone on within the alt-right groups,” says Lily Herman, a New-York based writer … “What do you do when you have white nationalists who are Jewish?”
— Shree Paradkar, The Toronto Star, 15 Aug. 2017

In cheerier news, we finally got a picture of a black hole (“a celestial object that has a gravitational field so strong that light cannot escape it and that is believed to be created especially in the collapse of a very massive star”). The news caused a spike in interest for event horizon, which, in addition to serving as the name of the telescope that captured the images, has the meaning of “the surface of a black hole : the boundary of a black hole beyond which nothing can escape from within it.”

Enter the Event Horizon Telescope, the dream child of Dr. Doeleman. By combining data from radio telescopes as far apart as the South Pole, France, Chile and Hawaii, using a technique called very long baseline interferometry, Dr. Doeleman and his colleagues created a telescope as big as Earth itself, with the power to resolve details as small as an orange on the lunar surface.
— Dennis Overbye, The New York Times, 10 Apr. 2019

Jamais vu entered the consciousness of many people, perhaps for the first time ever, last week, after BTS released a tracklist for their new album, which features a song so titled. Jamais vu is “a disorder of memory characterized by the illusion that the familiar is being encountered for the first time.” For those who prefer to eschew French when describing disorders of memory, the word has significant semantic overlap with paramnesia (aka déjà vu), which we define as “the illusion of remembering scenes and events when experienced for the first time.”

The apparent conflation of gravel and gavel by Secretary of the Treasury Steven Mnuchin sent many people to the dictionary in order to make sure they’d been using the correct word.

MNUCHIN: I believe you're supposed to take the gravel and bang it.

WATERS: Please do not instruct me as to how I am to conduct this committee.pic.twitter.com/fevGUffI6b

Gavel (as a noun) may be defined as “a mallet used (as by a presiding officer or auctioneer) for commanding attention or confirming an action (such as a vote or sale),” or, less commonly, as “rent or tribute in medieval England.” Gravel (which may be traced back to the Anglo-French word grave, meaning “river bank, stony ground”) has a range of meanings that bear little resemblance to those of gavel, including “sand,” “loose rounded fragments of rock,” and “small calculi in the kidneys and urinary bladder.” Neither word should be confused with grovel (“to lie or creep with the body prostrate in token of subservience or abasement”).

Our Antedating of the Week: conflate

Speaking of conflate, this word is our antedating of the week. Our earliest use of the verb had previously come in 1610; recent findings show that it was in use (with a now archaic meaning, “to bring about”) as far back as the 1570s.

Pericles also using this affabilitie (whiche I woulde have all Parents to teache their children) was muche estemed among the Athenians: whiche is bruted to have made his supplication to Iupiter, as often as he came abroade) that he wuld not suffer one word to slip from his tong amisse, wherby he might incurre the envy and conflate the hatred of the Athentan people to him selfe.
— Plutarch (trans. by Ed. Grant), A president for parentes, 1571