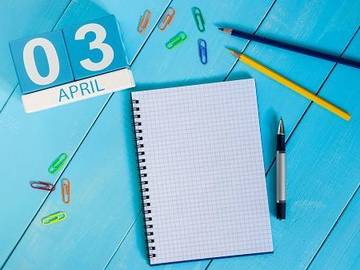 A number of words connected with the coronavirus pandemic continued to capture attention this past week. Among these was ventilator, as multiple news outlets weighed in on the availability (limited) and efficacy (uncertain) of these machines.

We define ventilator, as it is currently used, as synonymous with a sense of respirator: “a device for maintaining artificial respiration.” The earliest sense of the word, in use since the middle of the 18th century, is “a contrivance for introducing fresh air or expelling foul or stagnant air.”

A description of ventilators: whereby great quantities of fresh air may with ease be conveyed into mines, goals, hospitals, Work-Houses and Ships, in exchange for their Noxious Air.
— Stephen Hales, A Description of Ventilators, 1743

Epicenter is among the new favorite words of people talking and writing about the pandemic.

A doctor at Elmhurst Hospital Center in Queens — the borough that is the epicenter of the epicenter, with more than 8,000 confirmed cases — told BuzzFeed News that he estimates 60 people in the 545-bed facility have been intubated, which allows them to be hooked up to a ventilator.
— Jen Kirby and Emily Stewart_, Vox (vox.com), 27 Mar. 2020

Epicenter began being used in the 19th century, and initially was a geology term, with the meaning “the part of the earth's surface directly above the focus of an earthquake”; it comes from the New Latin word epicentrum, which is from epi- (“over”) and the Latin centrum (“center”). Some usage guides (although fewer than a few decades ago) still recommend against using the word outside of a geologic context.

This is a scientific term meaning “the point of the earth just above the underground focal point of an earthquake.” It shouldn’t be used thoughtlessly as a synonym for center.
— Bryan Garner, Garner’s Modern American Usage (3rd ed.), 2009

Geologists get upset when people use the latter word [epicenter] … as if it were a synonym of “epitome” and meant something like “most important center.”
— Paul Brians, Common Errors in English Usage, 2013

We define epicenter in its earthquake-related sense, and also as a synonym of center: “a point, area, person, or thing that is most important or pivotal in relation to an indicated activity, interest, or condition.” The word has been used in this extended manner for over a century now, and appears to show no signs of moving back to a restricted scientific use; you may continue to employ epicenter in the meaning of ‘like the center, but really central_,’ and ‘the center, but more so.’

Many, many people have over the past few weeks found themselves uttering the word zoom far more often than had been their wont, as a web conferencing tool of this name has become widely adopted.

Intruders are hijacking Zoom calls with noise and gross images — here’s how to avoid becoming a victim of ‘zoombombing’
— (headline) CNBC (cnbc.com), 2 Apr. 2020

Zoom, outside of its corporate name, has a number of meanings as a verb, including “to move with a loud low hum or buzz” (its oldest meaning), “to go speedily,” “to increase sharply,” and “to climb for a short time at an angle greater than that which can be maintained in steady flight so that the machine is carried upward at the expense of stored kinetic energy” (said of an airplane).

Should you find yourself in the waiting room of a Zoom meeting, with a surfeit of both time on your hands and goodwill from your fellow meeting participants, you may easily dispose of each of these things by providing an explanation of how it was common for usage guides in the mid-20th century to advise against using zoom for any rapid movement that was not upward in nature (based on the idea that it should be restricted to the aviation meaning given above).

Aside from its meanings connected with sound and camera, zoom, originally an aviation term, denotes rapid upward movement. Both the following sentences are therefore incorrect: “Melville zoomed down the incline in 2:15.2, a full second ahead of Tommy Burns of Middlebury”; “At least twelve large hawks are making their homes atop city skyscrapers and zooming down to snatch pigeons.”
— Theodore Bernstein, The Careful Writer, 1965

The admonitions of long-ago usage guides notwithstanding, you may now safely apply zoom to a variety of settings, as in ‘this car that is going really fast,’ and ‘this meeting that could have been an email.’

Trump was speaking at the White House daily coronavirus briefing at the same time his staff released the letter to Schumer, in which he blasted the New York Democrat's request for more streamlined leadership in mandating production to support the coronavirus response.

"I've known you for many years but I never knew how bad a Senator you are for the state of New York, until I became President," Trump wrote to Schumer, disparaging his request as "Democrat public relations letter and incorrect soundbites, which are wrong in every way."
— Caroline Kelly and Jason Hoffman, CNN, 3 Apr. 2020

A brief PSA: although it is not uncommon to find sound byte in writing, sound bite (“a brief recorded statement (as by a public figure) broadcast especially on a television news program”) is in fact widely considered the correct form.

Our Antedating of the Week: 'fiasco'

Our antedating of the week is fiasco, a word which, as noted by noted science journalist Ed Yong, is lately in danger of overuse.

We've reached the point in the pandemic when I've had to make a mental note to stop overusing the words "fiasco" and "overwhelmed".

Fiasco comes from the Italian fare fiasco (literally “to make a bottle”), and entered general English use after being part of the terminology of the performing arts; the word was often found in early use applied to a poor performance on the theatrical stage, or in an opera or some other musical performance. It soon spread beyond the performing arts, and came to be applied to a disastrous performance in any area. Our earliest record of the word had previously been from around 1854; recent findings show that we’ve been making fiascoes of things since the 1830s.

Paganini has a great aversion to playing in private. After repeated solicitation he consented to play to the King of the French, at the Palais Roya, where the heat of the room almost overcame him, and he, to use his own phrase, made a fiasco—he resolved never again to play in private.
— The Morning Post (London, Eng.), 16 Jun. 1831

In short, in spite of the alarm manifested about me, I still adhere to my old opinion, in which the Quotidienne has since coincided, that a war does not threaten, and that the ships at the Antilles and the ships in the Gulf of Mexico, the fleet in the ocean and fleet in the Mediterranean, will, along with Rear-Admiral de Mackan, end in a fiasco, the brightest part in which will not fall to “La Jeune France.”
— The Morning Post (London, Eng.), 8 Dec. 1835