Some of the words that defined the week ending April 2, 2021 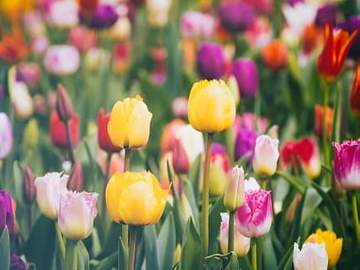 There's something for everyone this week.

A music video that featured Plato’s Symposium and a lap dance given to Satan caused a spike in lookups for a word that we define as “a round hunter's cap with ear flaps.” Welcome to Friday!

For quite a bit now, Lil Nas X has been teasing his new track. Originally titled "Call Me By Your Name," he played a clip for fans while riding in his car on Twitter. Since, he's been teasing us every chance he can get, dropping a longer snippet under the new name "Montero (Call Me by Your Name)" in a Super Bowl ad, releasing promo imagery, and more.
— Mikelle Street, Out (out.com), 25 Mar. 2021

A montero is a hunter’s cap; the word comes from the Spanish word for “hunter.” While Nas’ recent video is replete with imagery and symbolism it does not appear to feature any of this type of headwear. Montero is Lil Nas’ given name.

Comments by Representative Marjorie Taylor Greene sent many people to their dictionaries in order to look up mark of the beast, and to double-check that communism had not changed its meaning.

Greene alleged that a coronavirus passport was a form of "corporate communism" that would ruin patients' HIPAA rights.
— Joseph Coi, The Hill, 30 Mar. 2021

We define mark of the beast as either “a mark of evil” or “a labeling as unorthodox or heretical.” This turn of phrase has been in English use since the late 14th century, when it appeared in the Wycliffite translations of the Bible.

Communism is much more recent than mark of the beast—at least in terms of when the word appeared in English. It dates from the first half of the 19th century. Some of you may be wondering “what exactly is communism?”

When it was first used in the mid-19th century, communism referred to an economic and political theory that advocated the elimination of private property and the common sharing of all resources among a group of people; in this use, it was often used interchangeably with the word socialism. Today, the word communism usually refers to the political and economic ideologies originating from Karl Marx's theory of revolutionary socialism, which advocates a proletariat overthrow of capitalist structures within a society; societal and communal ownership and governance of the means of production; and the eventual establishment of a classless society.

Legalize was very much in the news last week after two state decided that this is what they were doing with marijuana.

We define legalize as “to make legal; especially, to give legal validity or sanction to.” The word has been in use since the second half of the 17th century; our first citation is from the 1650s, which is a mere three decades before our first citation (1689!) for ganja. Coincidence? Probably.

Numerous articles on Matt Gaetz, a member of the House of Representatives from Florida who is under investigation for numerous things, included the word extortion.

The Florida politician, a close ally of Donald Trump, claimed during the Tuesday night interview that he was the victim of an extortion plot by a former justice department official, and questioned the motivation behind Tuesday’s original reporting by the New York Times.
— Richard Luscombe, The Guardian (London, Eng.), 31 Mar. 2021

Extortion is “the act or practice of extorting especially money or other property,” and extort is “to obtain from a person by force, intimidation, or undue or illegal power.” These words share an etymological connection with torture: the Latin torquēre, meaning “to twist.”

Infrastructure had a big week, after President Biden announced his intention to spend a considerable sum of money on this.

Infra- means "below," so the infrastructure is the "underlying structure" of a country and its economy; one of our definitions for this word is “the system of public works of a country, state, or region; also, the resources (such as personnel, buildings, or equipment) required for an activity.” Infrastructure can also refer to “the underlying foundation or basic framework (as of a system or organization), or to the permanent installations required for military purposes.

Our Antedating of the Week: ’joyride’

Our antedating of the week is joyride, defined as either “a ride taken for pleasure, as in a car or aircraft; especially, an automobile ride marked by reckless driving” or “conduct or action resembling a joyride especially in disregard of cost or consequences.” Our earliest known use had previously come in 1909, but recent findings show that we have been joyriding since at least 1906.

Last Saturday night instead of taking Mr. Raymond’s big touring car back to the garage Odom started off with the machine on a “joy ride.”
— The Standard Union (Brooklyn, NY), 6 Dec. 1906